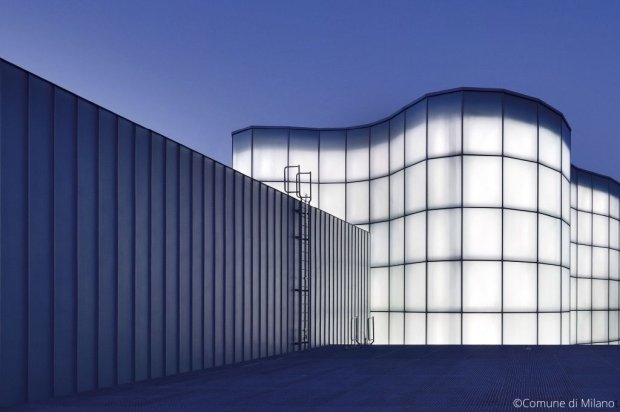 MUDEC, the Museum of Cultures

One of the most fascinating aspects in the developement of contemporary cities is the way in which they come to terms with their past, historically as well as architecturally. Take Milan’s Tortona district as an instance: what was once a bustling industrial district of factories and warehouses is now a major hotspot of urban creativity during the city’s celebrated Salone del Mobile, which has traditionally been its biggest international draw.

A significant presence in this area was that of the former Ansaldo steelworks, a major player in Milan’s industrial heyday during the first half of the 20th century. Locomotives, railway carriages and tramcars were built there and a rail track connection allowed them to reach the still existing Porta Genova railway station. By the end of the century, activities were dismissed and the huge plants abandoned to urban decay. 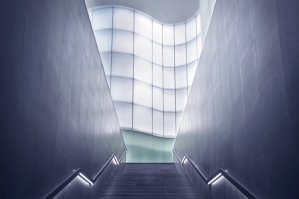 The Ansaldo story had a turn for the better when the City Hall bought the area in 1989. It was decided that the existing buildings were to remain, but that the whole complex would now have a different purpose. An area was reserved for City Hall departments, another was offered to La Scala for its workshops and stage materials: some 60.000 stage costumes are now conserved there. BASE Milano, a space dedicated to exhibitions, performances, workshops and conferences, was also obtained from the complex.

A call for proposals was issued in 1999 to turn another area of the former steelworks into a cultural centre. Star architect David Chipperfield won the competition and proceeded to a very impressive interpretation of the existing architecture, creating one of Milan’s newest attractions: MUDEC, the Museum of Cultures, that now features blocks of squared off, striking forms clad in zinc and a crystal structure that bursts geometrically upon the area. The renovation project took quite a few years: for some time Chipperfield objected to the flooring, which he felt betrayed his original design, but eventually settled the matter with the City Administration of that time.

The Museum’s permanent collection now houses the city’s ethnographic items, previously at the Castello Sforzesco and severely damaged by the 1943 bombings. Exhibits mostly come from 19th century private collections donated to the City Hall, and are the hoard of travels in the far East – especially Japan - Africa and the Americas by enthusiasts (among them Giuseppe Vigani, a former Mayor of Milan from 1895 to 1899), religious orders, archaeologists (such as Antonio Raimondi, who moved to Peru in 1850), and colonial travelers with an eye for the beautiful.

In keeping with Milan’s new status as global, multi-cultural city where communities from different parts of the world successfully cooperate, the new Museum represents the world’s cultural diversity and its richness, displaying more than 7000 works of art, everyday objects, textiles and musical instruments from every continent in its permanent collection. The Museum, which is jointly managed by the City Hall and 24 Ore Cultura, the culture division of Italy’s most renowned financial daily, also regularly hosts temporary exhibitions themed on the world’s cultures, ranging from Africa: Land of Spirits, to Paul Klee, Joan Miro and Barbie the Icon. Within the building various solutions offer the visitor and the city a multiplicity of cultural proposals and services, spread over 17,000 sqm.

Last but not least, the Museum’s lure is increased by the presence – on its third floor – of celebrated Chef Enrico Bartolini’s restaurant, awarded three stars in the respected Michelin ranking. Haute cuisine based on experimentation and research, tradition renewed in a contemporary key, leading to the Chef’s famous definition of Contemporary Classic. It is in this exclusive restaurant that the World Routes VIP dinner will be held on October 9th next, while the Museum will welcome the invited delegates for a visit to one of Milan’s newest and most successful attractions.