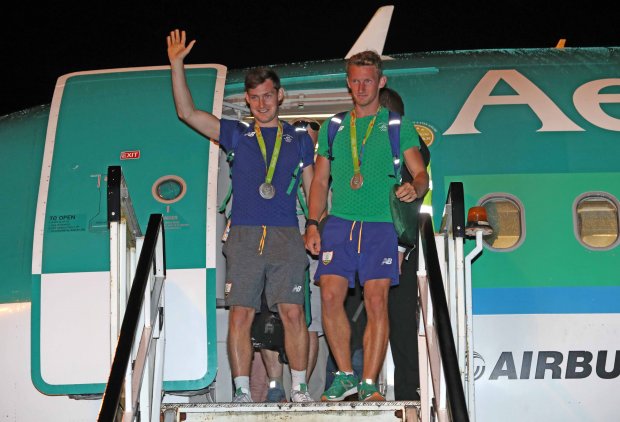 Cork Airport was the scene of much anticipation and excitement as members of the public turned out in their thousands to welcome back Ireland’s Olympic silver medalists and Cork local boys Paul and Gary O’Donovan.

It is estimated in excess of 2,000 fans, friends and family turned out at the airport a week after the Olympics finished to welcome back the two brothers who had been competing in the Netherlands at the World Rowing Championships. Paul Donovan brought home a gold medal from these championships to add to the silver medals secured by him and his brother in Rio de Janeiro in the men’s lightweight double sculls.

Cork Airport’s Fire and Rescue Service welcomed the Olympic medalists with a water canon salute as they arrived on their stand at the airport.