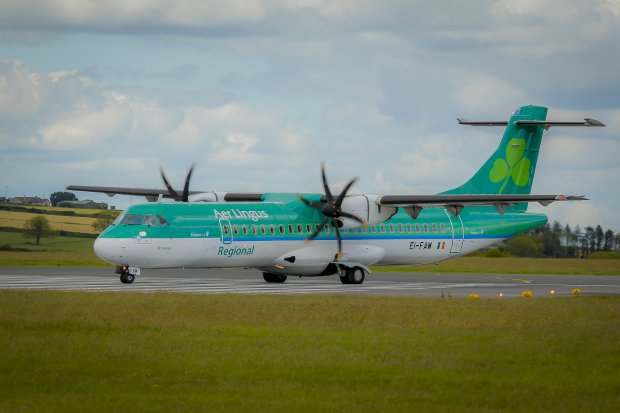 Across nine routes in the UK and France, Aer Lingus Regional will offer over 275,000 seats and 3,800 flights during Summer 2018

Cork Airport’s Managing Director Niall MacCarthy said: “This is the third successive year of growth with Aer Lingus Regional and Stobart Air in Cork Airport. The planned operations next year are testament to our joint and collaborative pledge to pursue growth and development for the passengers of the South of Ireland.

“As well as connecting travellers to key seasonal summer routes such as Newquay and Rennes, schedules will be operated with a business oriented approach that includes improved timings and increased frequencies”, he added.

Following the successful launch of the very popular seaside destination of Newquay in Cornwall route last year, Aer Lingus Regional will extend this route for a longer season in 2018 and add an additional 6 per cent seats to the route.

Commenting on the milestone Graeme Buchanan, Managing Director of Stobart Air, said: “We are delighted with the performance of our Cork Airport routes. We are particularly pleased with the success of the new seasonal Cork-Newquay route that launched earlier this year. We look forward to building on its success by extending our route network for summer 2018.”