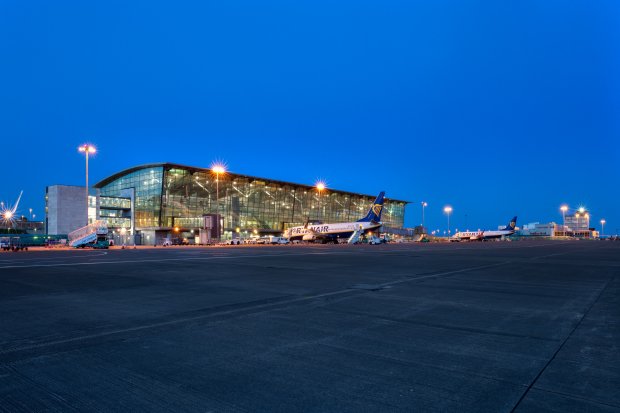 There are now 51 routes on offer from Cork Airport to the UK and Continental Europe, along with multiple daily long-haul connections worldwide through major European hub airports served from Cork.

“Cork Airport is proud to be the fastest growing airport on the island of Ireland this year. We are firmly in our fourth year of consecutive growth, with passenger numbers up 9% this year to 2.6 million. We are seeing a keen interest from passengers across the South of Ireland in Continental European destinations, including Aer Lingus’ new year-round service to Lisbon and the daily Air France service to Paris, which has strong onward connections,” said Cork Airport’s Managing Director Niall MacCarthy.

Cork Airport has welcomed nine new routes in the past year. Along with the brand new Katowice service, commencing in October, Ryanair has also launched new services to Naples, Budapest, Malta, Poznań and London Luton from Cork Airport in the past 12 months.

Ryanair’s passenger numbers at Cork are forecast to rise by 23% in 2019, its largest increase among all Irish airports. Aer Lingus has also added Nice and Dubrovnik to its summer 2019 schedule while Air France has upgraded its daily service between Cork and Paris with a larger aircraft to add more capacity.

“Connectivity from Cork Airport extends even further than our 51 direct routes, with daily flights from Cork to the major international hubs across Europe. Along with our four daily departures to Heathrow connecting to the extensive British Airways world network, we have double daily flights to Manchester connecting to Virgin Atlantic and Etihad networks and double daily departures to Paris CDG, connecting you to over 500 destinations on the Air France network,” added Cork Airport’s Niall MacCarthy.