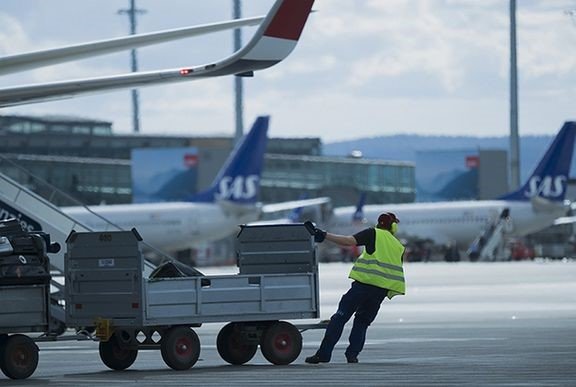 This week, Avinor's project, "Automated Baggage Handling", was at the top of Innovation Norway's competition for innovation partnerships. The project receives a total of NOK 15 million in funding.

- This award shows that the project is recognized as a very innovative project, says Ragnhild Hjerpsted, director of terminal operations at Oslo airport. I am very proud that Avinor is committed to innovation and that it gets acknowledged, she continues.

- Innovation Norway allocates funds for public-private innovation partnerships with the aim of solving societal challenges. This year we will distribute a total of NOK 100 million. A total of 37 applied for funding’s this year and Avinor's project went to the top of the competition with seven others, says Håkon Haugli, CEO of Innovation Norway.

- Avinor's project addresses a challenge that is relevant to many different stakeholders, not only in Norway, but also abroad, he says. Innovation partnerships provide both better solutions in the public sector and business development, and at the same time lay the foundations for the export of Norwegian knowledge and technology.

- An automated baggage handling will provide significant benefits to airlines, carriers, Avinor and other professional groups working on the heavy manual work done today. Improvements to this service will be useful for other airports in Avinor, as well as airports around the world, says Ragnhild Hjerpsted.

- The baggage handling system is the heart and blood vessels of the large airport body. Technical failure will have major consequences for the rest of the large machinery that keeps the airport running 24 hours a day. To ensure stable operations, 365 days a year, and at the same time provide efficient and competitive services to the airlines, it is important that Oslo Airport has a baggage facility that is modern and has a technology that is robust to handle the stress, says Hjerpsted.

By replacing the old facility, Avinor will be able to streamline airport operations by connecting to new technology extending beyond the baggage system itself, thereby meeting airlines' expectations for efficiency and automation. An early involvement of innovative suppliers will allow Avinor to carry out a good pre-project with access to expertise about the system. This will ensure a reduction of risk and uncertainty, and at the same time provide a better basis for deciding on building decisions in 2022.

Builds own test center
Avinor Oslo Airport wants to contribute to the development of automated baggage handling and is therefore building a test center of approximately 1500 m2. Here, suppliers will be invited to test and improve new concepts, in close cooperation with handling companies and airlines. The goal is to buy and use the approved solutions in connection with the replacement of the old baggage system, with a view to production from 2025.

Separate bidding process
On June 17th a dialogue conference was held in collaboration with, among others, the Confederation of Norwegian Enterprise (NHO). Avinor will now invite a pre-qualification and a subsequent tender process to be completed by the end of 2020. The final decision on which supplier(s) is chosen to automate the baggage processing process between the baggage hall and the aircraft is expected in 2022

“has written Increase in air traffic in July”