Increase in air traffic in July 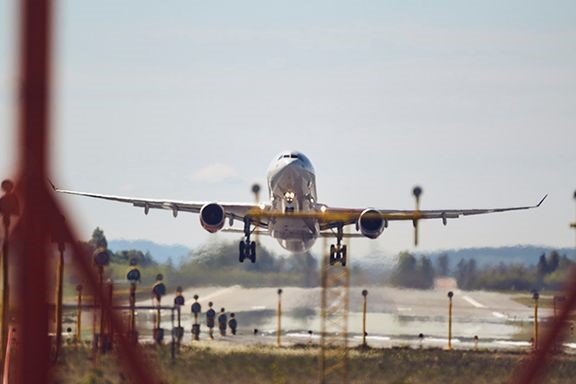 1.8 million passengers traveled from or to Avinor airports during the month of July. This is a marked increase of 71 per cent since June, but it is still far from a normal situation for aviation.

The traffic figures for July show that traffic increased at all of Avinor's airports. The largest increase has been for domestic traffic, which in July was 64 per cent compared with 2019.

It is gratifying with an increase, and we see that domestic traffic in particular has picked up. Nevertheless, we are less than half of the passenger numbers compared to the same time last year, so we are far away from normal traffic, says Gaute Skallerud Riise, director of traffic development at Avinor.
Riise points out that international traffic in July was only 12 per cent compared with July last year.

At the same time, we see that international traffic has almost tripled since June. Much of this is probably about changed travel restrictions, says Riise.

The regional airports have the least decline

Throughout the corona period, it is the regional airports that have had the least decline. Domestic traffic to and from these airports was in July almost at the same level as the corresponding month last year, and traffic at these doubled compared to June.
- This says something about how important the smaller airports are for both settlement, tourism and business, Riise explains.

Several airlines are back at the airports

Despite a low number of foreign travelers, international traffic has also picked up week by week. Several routes have been reopened and foreign airlines are returning.

- 28 of 35 airlines that fly at Oslo airport before the corona is back, and 51 of 101 destinations are back on the route map. This is important for Norwegian business, says Riise.

All foreign destinations have a decrease in the number of passengers, but the smallest decrease has been seen in Denmark, Latvia and Lithuania.

- All in all, we have seen a steady growth in recent weeks, but the total volume is still completely different from what we are used to, and now we are entering a period where we can expect that outbound traffic will be affected by the new the quarantine restrictions end Riise.