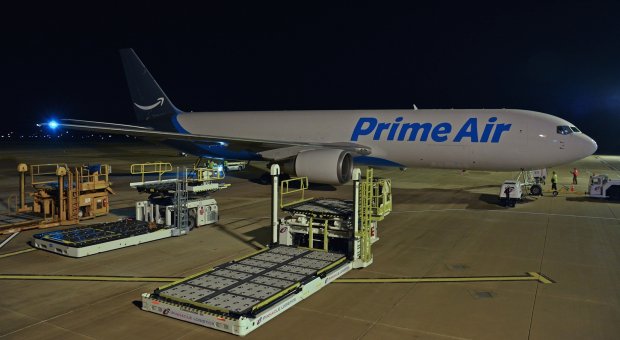 ACI is the trade association of the world’s airports and fosters cooperation among its 646 members, operating 1,960 airports in 176 countries.

In its recent ACI World Airport Traffic Report, the organization revealed the top airports for passengers, cargo and aircraft movements and highlighted the world’s fastest-growing airports for 2018. ACI noted that RFD has positioned itself as an e-commerce freight hub for online retail giant Amazon and the airport’s traffic grew 56.6 percent in 2018.

In July, the Federal Aviation Administration (FAA) released its 2018 all-cargo data which ranked RFD as the 19th largest cargo airport in the nation. According to the FAA, RFD was the only Illinois-based airport which grew its cargo operations. Nearby Chicago O’Hare Airport saw a decrease of cargo activity by more than 35 percent.

“We’re honored by this recognition and continue to move forward with additional economic development opportunities to benefit our partners and the region we serve,” said Mike Dunn, RFD Executive Director. “These objective, third-party rankings continue to solidify our position to grow the initiatives for the leaders in the air cargo industry we work with while steadily employing more people in our community.”

RFD is home to the second largest UPS hub in North America, which continues to increase its daily cargo flights. The airport also serves other leaders in the air cargo industry, including ABX Air, ATI, and Atlas Air. With the airport’s recent cargo expansions and additional flights announced by Amazon Prime and other Amazon carriers, Rockford is quickly becoming the Midwest’s premier hub for e-commerce freight.

RFD’s cargo success has also had a huge economic impact for the Rockford region. Nearly 1,000 jobs were created last year, through new and existing tenants as well as construction-related jobs to support our growth. The airport expects to see an additional 1,000 jobs added throughout 2020.