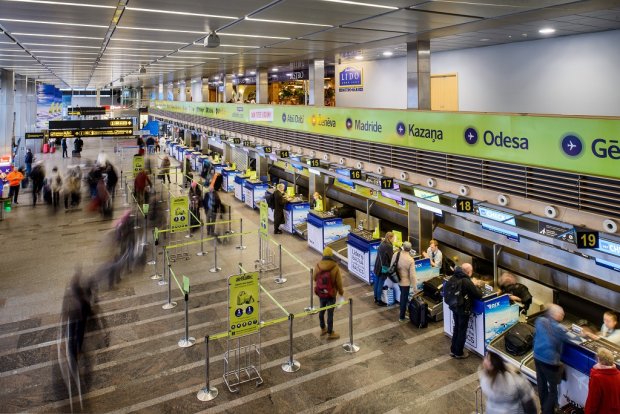 Operational performance data show that Riga Airport handled only 2.01 million passengers in 2020 – 74.2% fewer than a year before.

The majority or 57% of passengers handled in 2020 were carried by the national airline airBaltic, 16% by the Irish low-cost airline Ryanair and 9% by the Hungarian low-cost carrier WizzAir.

Even during the pandemic, Riga Airport continued to be a popular transit centre – a quarter or 25% of all passengers served at Riga Airport last year were transfer passengers. A total of almost half a million passengers used Riga Airport as a point of transfer in 2020.

Last year, London, Oslo, Frankfurt and Helsinki were the most popular destinations within the European Union. Despite the fact that flights to countries outside the EU have been banned since mid-March, Moscow preserved its place in the TOP 5 of destinations: it was one of the most popular flight routes before the pandemic.

Compared to 2019, the number of flights served at Riga Airport also dropped by more than a half. Last year, the Airport handled 35 592 flights – 59.1% fewer than a year before, including a 68% decrease in scheduled passenger flights. In turn, the number of cargo flights has almost doubled, and the number of business aviation, technical, military and other types of flights has increased by as much as 82.6%.

“Riga Airport started 2020 as one of the fastest growing European airports – in January and February, the number of passengers increased by 12.4 and 13.6%, respectively. This posed challenges for the Airport in terms of capacity adequacy, with the main task being to implement major investment projects accurately and quickly, while maintaining a high level of service and seeking flexible short-term solutions to handle the growing passenger flow. However, Covid-19 changed the travel environment completely, and the Airport's main task was to put in place effective epidemiological safety measures to protect its employees and passengers and to ensure economic stability in the face of a sharp drop in passenger numbers by developing activities that were less affected by the pandemic such as Airport business park, cargo, maintenance etc.,” says Laila Odiņa, Chairperson of the Airport Board. At the same time, she emphasizes that the strategic goal of the Airport as the largest air traffic hub in the Baltics remains the same – to compete in the Northern European region in the future.