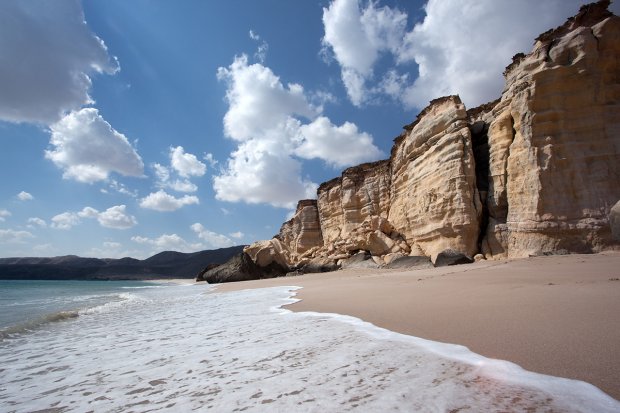 Beaches from Ras Al Had to Masirah island

The extending beaches from Ras Al Had to Masirah island in the South East province, is considered to be a turtle reserve, where you can also find the elusive “Green Turtle” known as one of the rarest turtles around. At the “ALJinz” mountains, you can see formations of large rocks, a rare phenomenon visited by many people interested in geology worldwide.