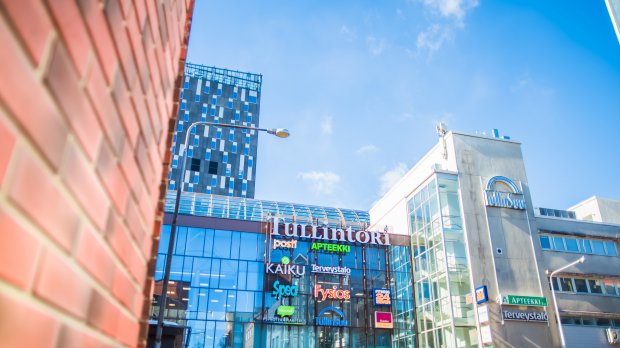 Next autumn, Finland’s first national and international Walk of Fame will be constructed in the Tulli area of Tampere. The street route on Åkerlundinkatu is a tribute to Finnish music, artists, musicians and producers. A central part of the street will be the star plates embedded in the street that honour distinguished professionals from the music industry. The first phase in autumn 2019 includes 11 stars that are embedded in the street. The public gets to select six of the stars. Suggestions for the names eternalised in the star plates can be submitted at www.tampere.fi/tahtikatu during May.

The future Walk of Fame Finland in Tampere will simultaneously acknowledge Tampere’s strengths as a musical city and strengthen it further as a musical and cultural city in Finland and abroad. The world’s most famous Walk of Fame can be found in Hollywood. Other streets inspired by the original Walk of Fame are in Vienna and Manchester, among others.

Walk of Fame Finland is due to open at the beginning of October. The first stars will be embedded in Åkerlundinkatu, starting from the corner of Tampere Hall. In the coming years, Walk of Fame Finland will continue on Pinninkatu towards Tullikamari square and towards the Tampere Deck Arena, set to be completed in 2020.

“Tampere’s musical and cultural field is exceptional, active and versatile. Walk of Fame Finland is a tribute to professionals in the music industry. This kind of a new initiative is an example of what kind of ideas different actors can come up with. It’s also where our strength lies as we apply as the European Capital of Culture: collaboration," says Lauri Lyly, Mayor of Tampere.

The street is implemented by the City of Tampere, culture and congress centre Tampere Hall Ltd. and Finland largest professional music-industry event Music & Media. Bauer Media Oy is a collaboration partner in the initiative.

Six stars will be nominated by the public

Public’s suggestions for names on Walk of Fame Finland can be submitted at www.tampere.fi/tahtikatu. Suggestions can be submitted from now until 31 May. The public can suggest any people or operators who are or have been active in the industry: artists, bands, musicians, lyrics writers, composers and producers as well as representatives of organisations or institutions.

A panel of experienced music-industry professionals, i.e. the Board of Directors of the Music & Media event, which gathers together Finnish and international music-industry professionals, will propose and justify the six people to be eternalised in the stars based on suggestions from the public. The final decision on the public’s stars will be made by the City of Tampere’s Education and Culture Committee.

The other five stars that will be embedded in the initial phase are distinguished, prominent people from the music industry who are also active internationally. They have been recognised with the Tampere Music Award at the Music & Media event during 2010–2019*. Each of the five stars will be embedded with two names next autumn. Music & Media is a professional music-industry event, which has been organised in Tampere for 30 years.

Chairman of the Music & Media Board of Directors Riku Salomaa considers it to be well-founded to have Walk of Fame Finland in Tampere.

“Tampere has produced nationally and internationally significant artists and musicians for the world. Many of the nation’s most notable music-industry companies have also been created in the city. Tampere’s musical fame among professionals has been maintained by the Music & Media event, which has been organised in Tampere for 30 years already. It’s one of the oldest professional music-industry events in the world," Riku Salomaa explains.

The public’s vote will matter even in the coming years when selecting stars for Walk of Fame Finland. The intention is to implement the stars based on ideas from the public even in the future.

Finland’s largest radio house Bauer Media Ltd. is a partnering in the implementation of Walk of Fame Finland. As a national actor in the audio industry, it wants to be part of this new and noteworthy initiative.

“Treasuring Finnish musical culture is of utmost importance for us, and our entire editorial team is eagerly expecting to see which stars from the Finnish music scene we will get to honour at the new Walk of Fame Finland. We are tightly involved in this initiative, for example, at the launch of the street next autumn," says Hermanni Seppälä, Content Director at Bauer Media.

“has written Kintulammi is Finland's Hiking Destination of the Year 2020”