SEA Milan Airports, in partnership with local stakeholders, is working to prepare a successful World Routes in Milan. The local stakeholders are the Lombardy Region, the Municipality of Milan, ENIT – Italian Tourist Board and Bergamo Airport.

Milan Airports System, managed by the SEA Group, consists of Milano Malpensa Airport, with two passenger terminals and a cargo terminal, and Milano Linate Airport, actually located in the heart of Milan. The airport system is first in Italy for traffic volume and second for the passenger segment. The Milan catchment area is wealthier, bigger and more dynamic than any other city in the country, with almost 70% of total Italian outbound traffic originating in Northern Italy. As a result, Milan's routes generate a high share of premium traffic, equivalent to other major European hubs.

The Milano airport system is the biggest Italian generator of origin and destination traffic: 47 million passengers in Milano area (plus another 9 million within 150 minute radius). Malpensa handled 24.6 million passengers in 2018, with Linate processing 9.2 million passengers during the same period, making them the second and fifth busiest airports in Italy respectively. Malpensa is also the busiest cargo airport in Italy, handling more than 50% of the nation’s air freight. The airport is also the sixth busiest in Europe in terms of cargo volumes. More than 210 global destinations are served directly from the city’s airports, which are operated by 105 airline partners.

"In my opinion, it is important to host World Routes in Milan in a perspective of consolidating the growth of Milan's airports, one of the top 10 European airport systems, and opening new routes to connect the city with the world, especially with Asia and the Americas." 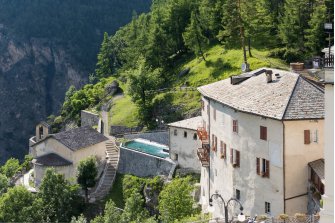 The Lombardy region, of which Milan is the capital, is the third most populated region of Europe with 10 million inhabitants over an area of approx. 24,000 square kilometres and is serviced by three airports - Malpensa, Linate and Bergamo. These airports, which welcome more than 47 million passengers annually, are gateways to the world and their development is key to Milan’s status as a cutting-edge international metropolis.

Situated in the North of Italy, in the heart of the most prosperous part of Europe, Lombardy represents a bridge to the Mediterranean. It is located in a strategic position, along the main route linking eastern and western Europe. This dynamic and competitive land, thanks to its fortunate geographical setting and the initiative of its inhabitants, stands out as a privileged interlocutor on the international economic scenario. The Lombardy territory, a symbol of modernity and development, features natural treasures of great charm, alongside an extremely valuable artistic and cultural heritage.

Milan is a growing city at the centre of one of Europe’s economic hubs – the Lombardy region – and is one of the most connected and easily accessible cities in the world. The Milan catchment area is bigger and more dynamic than any other city in the country, with almost 70% of total Italian outbound traffic originating in Northern Italy.

The city recently experienced an acceleration in its urban transformation and received increased global attention thanks to EXPO 2015, where 21 million people visited Milan, marking the start of a new era. Milan is setting new records in terms of the number of international visitors it attracts each year. The appeal of the destination is widely acknowledged thanks to its artistic and cultural attractions, its nightlife, entertainment and shopping opportunities. In 2017, 7.5 million tourists arrived in the Metropolitan City of Milan (59% foreign arrivals), a figure that has steadily grown by around 5% over the last 10 years. More than 15.5 million tourists have stayed in the city’s numerous hotels. With 300,000 companies operating on the territory and 3,600 active multinationals, Milan is undoubtedly the economic and entrepreneurial capital of Italy.

“Few European cities, like Milan, can offer modern infrastructure, easy access from 190 world destinations in to the world-class Airports of Linate and Malpensa –awarded best European Airports by ACI in 2015. This city has over 47,000 hotel rooms and a far-reaching and low-cost public transportation network.”
Giuseppe Sala, Mayor of Milan

The Italian National Tourist Board was founded in 1919 as ENIT (Ente Nazionale Italiano per l’Incremento delle Industrie Turistiche). ENIT works for Italy to promote the country all over the world. The promotion is carried out with a corporate strategy that is made in Italy and implemented through local offices and numerous partnerships with embassies, Italian culture institutes abroad, the Italian Trade Agency, chambers of commerce, trade unions and the Regions.

In the next few years, Italy’s tourism development will be focused on a valuable growth to generate economic, social and cultural sustainability: enhance tourism supply, increase the value of the territories and businesses, as well as market relevance. Marketing strategies are based on the knowledge of trends, tourists, and products thanks to the internal Department of Market Research and Statistics/National Tourism Observatory of ENIT. These strategies are developed on any market, due to a precise demand segmentation. Operational marketing supports the products’ commercialization to strengthen the existing tourism-related products, introducing new ones on traditional markets as well as breaking into markets with high growth potential. Moreover, the digital strategy covers any action of the agency in an all-encompassing way.

Milan Bergamo Airport is the third national airport after the two hubs of Fiumicino and Malpensa, with an annual passenger movement of over 13 million, marking continuous growth underway since 2002, and confirming the strategic role in the courier freight sector. Over the years, thanks to the always active financial results and the number of investments made by SACBO with its own resources, the airport has equipped itself with service infrastructures and technical and operational capabilities to fulfill the strategic function of a link between the territory and the national and European mobility routes, in turn, connected to the rest of the world.

The completion of the extension works of the terminal, which in 2021 will extend over an area of 70 thousand square meters, will prepare the construction of the terminus of the future railway connection. The airport generates over 8 thousand direct jobs, which reach 30 thousand with the induced, producing 8% of the GDP of the Bergamo area. The new Airport Development Plan for 2030 provides for investments of 450 million, which are the indicator of the long-term vision developed by SACBO, which in 2020 celebrates the fiftieth anniversary of its establishment.