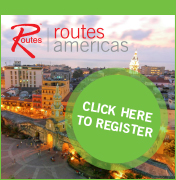 There have been some significant changes to aviation in South America and that is clearly evident in the Colombian market where the nation’s national carrier Avianca has joined forces with El Salvador’s TACA to establish an enhanced presence for the carriers in international markets.  The big growth area for Colombia is clearly the US market and with a new open skies agreement coming into force from January 1, 2013, a significant increase in direct air services between Colombia and the US are expected, with some airlines having already outlined their plans to serve this market.

First, let’s look in greater detail at Colombia’s domestic market.  After a period of relative stability there has been a significant increase in capacity since 2009 with available seats up 49.8 per cent between 2008 and 2012.  For the last three years (2010 – 2012) there have been more than 20 million available seats in domestic skies as the local population has become more mobile.

Avianca has significantly increased its presence in domestic Colombian skies over the past three years with its market share rising from 41.0 per cent in 2010 to 62.0 per cent last year.  Based on the currently loaded schedules for 2013 this figure is estimated to rise above 80.0 per cent this year.  In terms of airport operations, Bogota’s El Dorado International, the main hub gateway for the country, dominates with a 44.1 per cent share of domestic flight capacity in 2012 with the secondary cities of Medellin (11.0 per cent), Cali (8.8 per cent), Cartagena (6.5 per cent) and Barranquilla (4.4 per cent) making up the rest of the top five.

According to estimated data the number of O&D passengers travelling domestically in Colombia in 2011 was 13.1 million, up 11.3 per cent on the previous year and 54.8 per cent on the figure recorded in 2006.  The majority of traffic is on the trunk routes between Bogota and the cities of Medellin and Cali.  Avianca has an estimated 57.9 per cent share of this point-to-point domestic traffic.

The international market from Colombia has witnessed continuous growth since 2003 with flight departures up 132.8 per cent and seat capacity up 116.5 per cent between 2003 and 2012.  In 2011 available capacity exceeded five million seats for the first time and a 12.0 per cent growth in the following 12 months meant the six million seat figure was surpassed in 2012.

Avianca once again dominates this market with over 2.1 million seats available in 2012 from Colombia giving it a 35.5 per cent share of the country’s international capacity.  The data shows strong growth has been recorded by Aerorepublica and Aerogal over the past few years with their individual seat capacity market shares increasing 7.1 percentage points and 5.9 percentage points between 2010 and 2012.

In terms of airport operations, Bogota’s El Dorado International, the main hub gateway for the country, unsurprisingly dominates with a 76.5 per cent share of domestic flight capacity in 2012 with the secondary cities of Medellin (10.1 per cent), Cali (6.4 per cent), Cartagena (2.8 per cent) and Barranquilla (2.1 per cent) making up the rest of the top five.  Interestingly, Bogota’s share has slipped from a high of over 80 per cent in 2004 as operators have started to bypass the capital and start point-t-point operations to Colombia’s emerging regional cities.  This trend is likely to continue as destinations such as Medellin and Cartagena continue to grow.

Although the top ten O&D international markets from and to Colombia have not changed since 2006, there have been some notable changes in traffic share.  With the exception of Spain all other markets have witnessed a growth in O&D demand, but it is clear that the main markets in 2006 like Panama, Spain, the US and Venezuela are not seeing capacity and traffic growing as fast as the others.  The most notable change has been between Colombia and Ecuador as growing capacity has helped more than doubled the estimated O&D demand and moved the country market from fifth to second in the ranking during the five year period.

The United States is by far the largest market for passengers to and from Colombia and despite its share of the market declining since 2006 it remains in growth.  With the recent implementation of Open Skies between the two countries traffic is expected to grow significantly during the year-ahead.  Airlines such as JetBlue and LAN Colombia have already their intentions with new routes and increased capacity in this market.