US carrier United Airlines became the first carrier in the world to launch passenger flights with an aircraft fitted with new Split Scimitar Winglets developed by Aviation Partners Boeing (APB) this week.  The Star Alliance member has a firm commitment with APB to retrofit its 737-800 and 737-900ER fleets with the fuel efficient advanced winglet technology.

The first flight with the devices, UA1273, departed United's hub at George Bush Intercontinental Airport in Houston on February 18, 2014 bound for Los Angeles International Airport. The airline installed the innovative winglets on the Boeing 737-800 after the FAA approved the technology made by  earlier this month.

"We are proud to be the first airline in the world to fly with this unrivaled winglet technology that cuts our fuel consumption while simultaneously reducing carbon emissions,” said Ron Baur, vice president of fleet, United Airlines.  “We appreciate APB’s commitment to developing fuel-saving technology and look forward to realising savings that come from the improved fuel efficiency.”

United currently has more than 350 aircraft fitted with advanced blended winglet technology. Once the Split Scimitar Winglets installation is complete, the combined winglet technology on United’s 737, 757 and 767 fleet is expected to save the airline more than 65 million gallons of fuel a year, equivalent to more than 645,000 metric tons of carbon dioxide and $200 million per year in jet fuel costs. The savings from the Split Scimitar Winglets will contribute to United’s overall fuel-savings initiative to reduce its fuel costs by $1 billion by 2017. 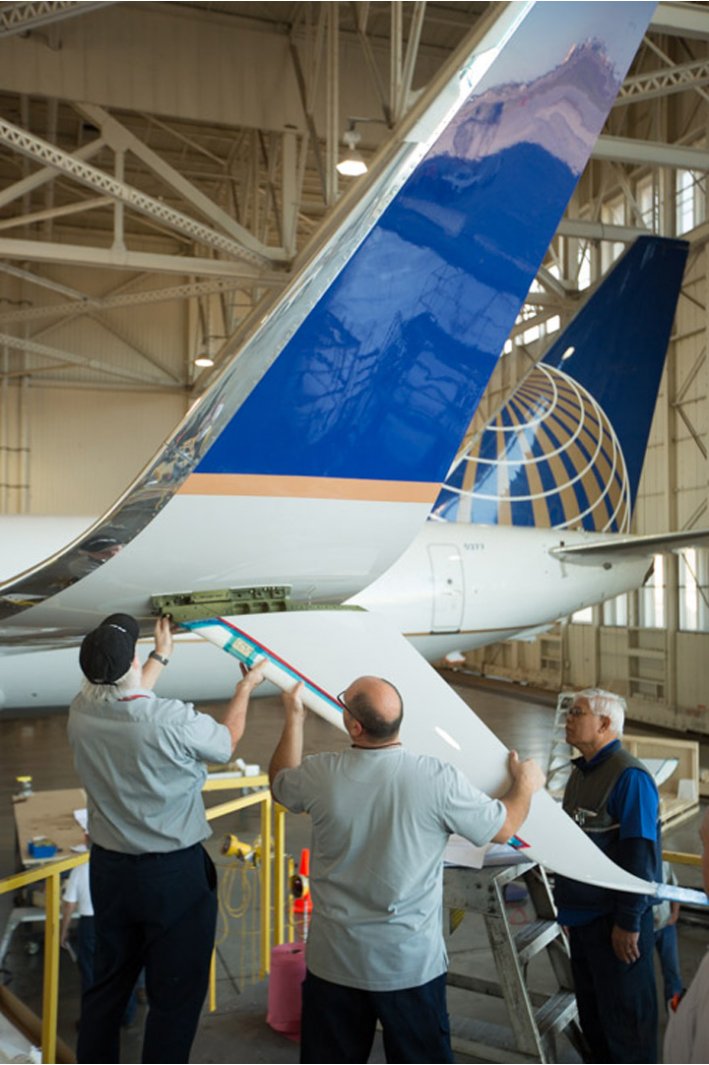