Christchurch Airport was delighted to be the only New Zealand airport to be recognised in the Routes Asia Awards that took place at the Pullman Kuching Hotel in Sarawak, Malaysia last night. The airport was 'highly commended' for marketing and judged runner-up for airports between four and 20 million passengers.

Speaking to The HUB Daily after collecting the award, Matthew Findlay, general manager of aeronautical business development said: “We are proud to be the only New Zealand airport to be shortlisted and then awarded. It was important not only to be recognised ourselves, but also to keep New Zealand front of mind for the hundreds of Asia region airlines and dignitaries who attended the awards ceremony.”

"The award comes the same day as new statistics which show all our markets in growth mode. Our team at the Routes conference is working hard to keep this growth going and to provide a premium entry and exit point to New Zealand here in Christchurch," he added.

The airline judges for this regional heat of the Routes Awards credited the airport with innovation and best in class execution. 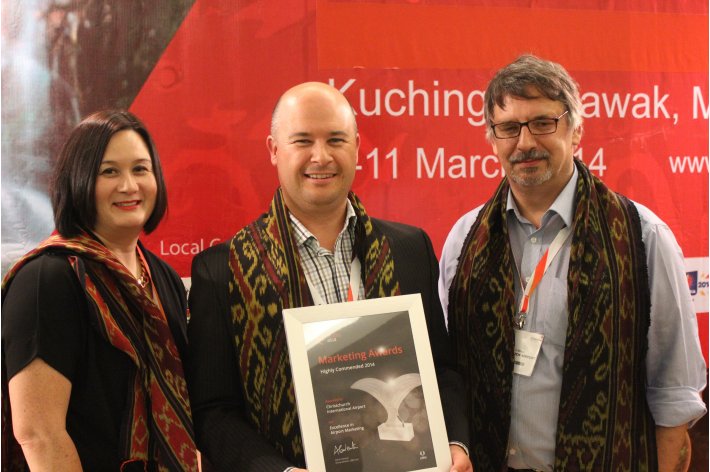