Australia’s Darwin International Airport has once again been rewarded for its aviation marketing efforts by winning the under four million passenger heat in the Routes Asia Marketing Awards for the second time in the past three years. The regional facility previously picked up the award in Chengdu, China in 2012 and actually went on to be announced overall regional winner that year. It was also rewarded with prizes at the 2012 and 2013 World Routes events.

Voted for and judged by airlines, the Routes Marketing Awards celebrate airports’ efforts to attract and retain airline customers and are one of the industry’s most highly regarded accolades. This year’s judges highlighted its recent ‘It’s Stupid to Fly Backwards’ marketing campaign as a key achievement.

Speaking to The HUB Daily after collecting the accolade at this year’s Routes Asia Networking Evening at the Pullman Kuching Hotel in Kuching, Sarawak, Malaysia, Jim Parashos, director commercial and aviation development, NT Airport said continuing success at this level demonstrates how the airport’s route development strategy is building Darwin’s profile in the region.

“We often have to work much harder than larger airports to get the attention of airlines in a pretty competitive market, which is how initiatives such as our It’s Stupid to Fly Backwards campaign come about,” he said. “The aim of the campaign was to support our international airline customers to grow passenger numbers from alternative markets in Northern Australia, and we’re thrilled that they see the value in making these bold moves.

The past year has certainly been a successful one for the airport and the arrival of new operators and enhanced connectivity meant that for the second half of the year (July to December 2013) international passenger traffic grew by 17 per cent compared to the same period in 2012.

In a win that confirms Australia’s position at the forefront of aviation development, Tourism Australia were also announced as winner of the Destination Marketing Award, recognising the tourism body’s effective joint campaigns with airlines, state tourism and Australian airport partners such as NT Airports. 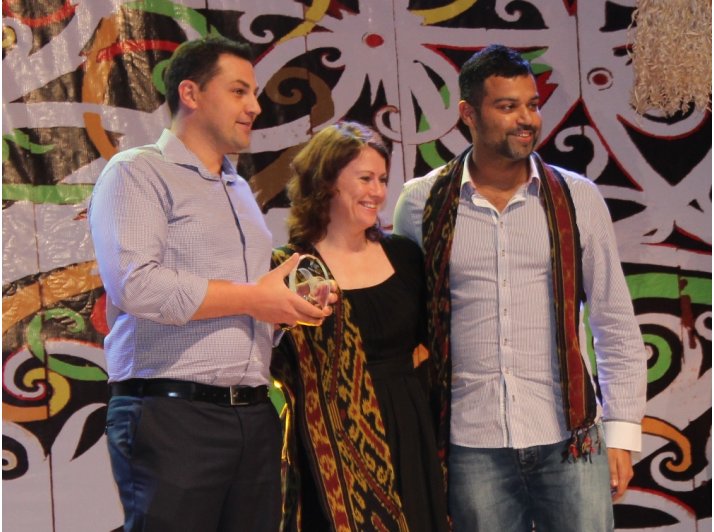