This year’s Routes Europe was formally launched in Marseille, France yesterday afternoon by an enlightening keynote address by Frédéric Gagey, chairman and chief executive officer, of European flag carrier, Air France. His speech highlighted the airline’s recent restructuring under the ’TRANSFORM 2015’ plan and the state of the industry and called on airlines and airports to work more closely for mutual benefit.

”I have always been convinced that airlines and airports should be seen as two sides of the same coin. They need to stick together to create value. As you know however, this is easier said than done,” he said.

Air France is a key player in the Provence market. It has been flying to Marseille since 1933 and currently transports around 40 per cent of the demand into Marseille Provence Airport every year. But, Gagey acknowledged that it has not been an easy journey for the carrier over the past few years.

”No one can pretend it has been a smooth ride since the economic crisis in 2008/2009. The economic storm caused by the bankruptcy of Lehman Brothers immediately led to a 15 per cent drop in our unit revenue, without the same drop in our costs,” he explained.

To face these challenges, Air France launched an ambitious restructuring and recovery plan, called TRANSFORM 2015 which was based around several pillars: capitalising on the airline’s strategic assets; reducing its cost base and improving productivity and returning to a commercial offensive.

”The core of our business model is built around a major connecting hub in Paris, connected with KLM’s hub in Amsterdam. Both platforms link Europe to the rest of the world. We are convinced that the medium-haul and long-haul hub system is a huge asset at a time of globalisation, liberalisation and of a volatile European economy,” said Gagey.

”We have been able to build the biggest long-haul network linking Europe to the rest of the world, and thanks to SkyTeam and to our transatlantic joint venture with KLM, Delta Air Lines and Alitalia, we have succeeded in increasing its attractiveness,” he added.

According to Gagey, on top of restoring its economic profitability thanks to a 15 per cent reduction in staff numbers through voluntary departures, product enhancement and customer focus are the cornerstones of its recovery plan. ”We are focusing our organisation and our processes on the customer,” he explained. ”We are investing in the improvement of our product and services.”

This included the unveiling last week of its signature ’France is in the air’ advertising campaign, an example of which you can see below. ”This will support our ambitions and leverage our brand and identity in the global market,” added Gagey. 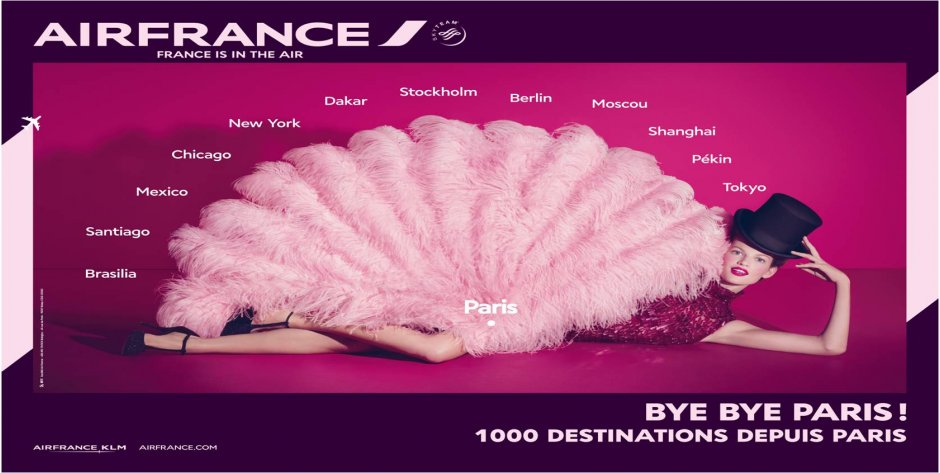 Despite the reduced workforce, Air France has grown over the past two years, most notably in the long-haul arena. New links to Panama, Montevideo, Kuala Lumpur and most recently Brasila in France have been launched, while Gagey confirmed that flights between Paris and the Indonesian capital Jakarta will begin next summer.

”Today our long-haul activity is back where it stood before the crisis. Improvements in the EuroZone and US economies have been the key driver to the pick-up in global business conditions. The outlook, notably for premium travel markets, is mostly positive,” explained Gagey.

But, this is not the case for short- and medium-haul markets where unit revenues remain the same as it was during the crisis, according to the executive. ”In spite of all our efforts, our short- and medium-haul activity is still at a loss,” he acknowledged. To expedite this process and regain competitiveness, Air France is restructuring its activities around its mainline business, Hop! In the regional markets and Transavia France in predominantly leisure markets to Europe and the Mediterranean.

”With this recovery plan, Air France has set the ground work for restoring its competiveness. The TRANSFORM 2015 plan is being well executed and we are on target as far as cost reductions are concerned. Our financial results improved slightly last year and our target is to reach operational breakeven in 2014, after six consecutive years of losses,” said Gagey.

But, Gagey warned that airlines in Europe need a level playing field to remain competitive and that the recent economic crisis may well have brought long-term change to the industry across the Continent. ”High growth everywhere is no longer a fact of life in our industry,” he said. ”As airlines we were used to four or five per cent growth per year.”

These levels, he said would not likely be matched again by the carrier, especially in the cargo sector where overcapacity ”is a serious risk” and a market where airlines ”need to be very agile in deploying capacity”. In the passenger business Air France is growing, mainly due to its expanding long-haul network but only at a reduced pace of around two per cent per annum. ”Air France has made great efforts of its own to restore its competitiveness, but whatever internal efforts that are made, airlines do not have all the levers,” he said, highlighting customer rights, regulation and infrastructure as the three main areas causing concern.

”Customers are more demanding than ever in terms of fares, products, quality of service and expectations when disruptions occur, as evidenced by the discussions over passenger rights in Europe. Mobile telephones and social networks are dramatically changing customer behaviour, their ability to compare prices, to circulate information when disruptions occur and even send emails or SMS to the chairman of the airline,” he said.

Like most customer-oriented businesses, Air France aims to provide customers with the best possible care. ”This is part of our DNA as service providers,” said Gagey. However, air travel is a very complex and fragile chain of services, with many actors involved. ”From a financial perspective, airlines are the weakest element of the value chain. We cannot bear alone an unreasonable burden, especially when facing major disruptions due for instance to snow, storms or even volcanic ash,” the Air France executive added.

Gagey believes that regulation for customer rights in Europe ”has already gone very far towards compensation”, while he noted that taxes, charges and infrastructure costs are harming the industry’s competiveness. ”As European airlines we compete with a regulatory handicap,” he said. ”We compete on the global markets with airlines stemming from countries with lower costs and much more flexible rules in terms of state aid and/or social regulations,” he said.

Air France is not alone here and all European legacy carriers have the same challenge. ”Regulators have long looked at the situation without considering carefully what was happening outside our continent,” he said. ”Some people take it for granted that Europe will retain its major airlines and its hubs. It is not!” 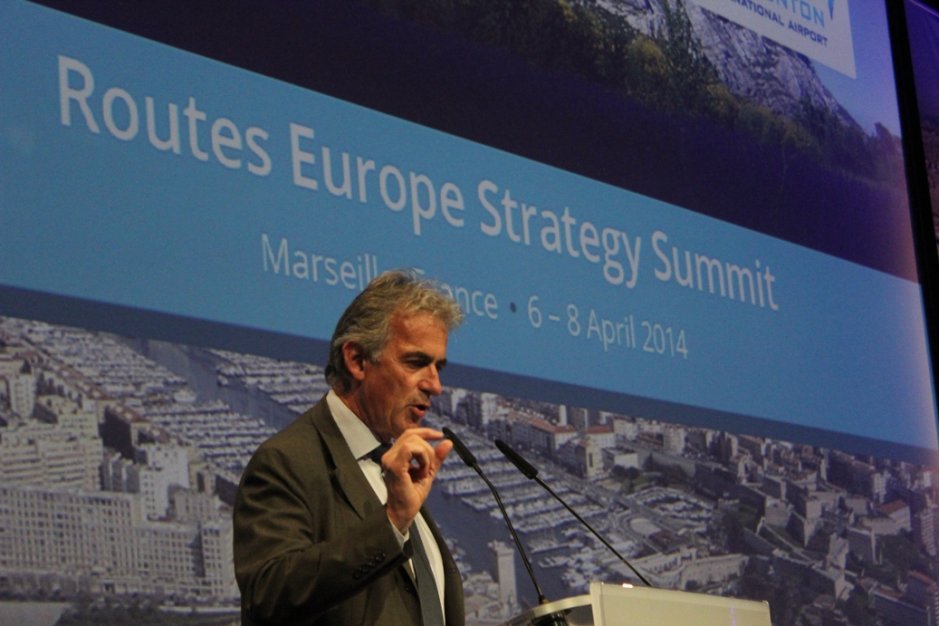 Gagey said regulators need to consider taxation with care, need to expedite the Single European Sky, should ensure all players in the same country abide by the same rules regardless of ownership or type or business and should remember that double standards are not compatible with fully open markets. And, he returned to his opening comment that ’airlines and airports should be seen as two sides of the same coin’ but calling on closer relationships between airlines and airports.

”A good infrastructure at a competitive cost is a key element for most businesses,” he explained. ”Whatever their sizes - main airports or secondary facilities – they should work hand-in-hand to optimise the sizing of infrastructure investments which should be driven by real market needs; to increase operational efficiency and allow cost reductions through innovation and automation.”

”We have no other choice, if Europe is to remain a centre for excellence for the aviation industry, than to have airports and airlines working together to bring customers to transfer through European airports with European airlines. This entails a continuous focus on attractiveness and financial competitiveness for airports as much as for airlines,” he added.

Gagey belives it is a risk for airports to have a too short-sighted view. Although an increase of airport charges generates an immediate reward, he said it could simply contribute in the longer term to pushing passengers to fly via other regions of the world. ”The fate of airlines and airports, whether we like it or not, is intrinsically linked. We are at the crossroads. The right choices in terms of regulatory model, infrastructure investments and operational cooperation need to be made urgently,” he concluded.