Pau-Pyrenees Airport in southwest France hopes to take advantage of the strong business flows within its catchment and the obvious yield benefits that offer to secure new direct air connectivity, airport director, Jean-Luc Cohen told The HUB Daily on the sidelines of this year’s Routes Europe forum in Marseille, France.

It is home to a cluster of corporates that have boosted its average yield of $0.36 cents, among the highest in France, while large diasporas from UK, Morocco and Portugal provide additional market opportunities. It probably couldn’t be described more eloquently than in the words of Alphonse de Lamartine: "Pau has the world's most beautiful view of the earth just as Naples has the most beautiful view of the sea."

The city used to be referred as ‘La Ville Anglaise’ in the 19th century, and saw the development of the very first golf course of the European continent in 1860 (and still being played). The privileged links with UK have remained and over 100,000 Brits have set up home in the Pau vicinity either permanently or for holidays.

“2013 was a very successful year for Pau-Pyrenees Airport, we’ve strengthened key routes serving the local business market and enriched our leisure offering with new scheduled flights to Corsica by Hop! who has announced Ajaccio in addition to Bastia this summer,” said Cohen. 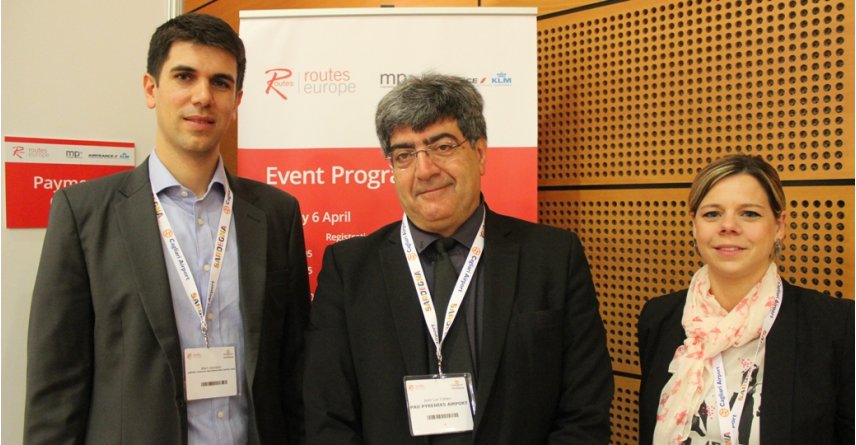 Pau is in one the most dynamic economic centre in South West of France, with employment rates much higher than the national average and a higher GDP per capita. From the 1950s to the 1990s Pau depended on the production of natural gas and sulphur and saw the creation of Elf Aquitaine, now part of Total which has heavily invested in the region with the creation of its main technical and scientific research centre.

The sector has transformed in recent years to create one of the premier petrochemical research & innovation hubs, with major players such as the Japanese Toray, Arkema and dozens of other players. The SAFRAN Group is also very dominant in the region with Turbomeca, the leading manufacturer of gas turbine for helicopters, and Messier-Dowty, the world's largest manufacturer of aircraft landing gear. A strong food-processing industry is also present with one of the leaders in the agriculture and food industry markets, Euralis, but also Lindt.

“Most large corporations in Pau are multinationals and are the airport’s strongest asset. Our market provides high contribution passengers that require the right service to the right destinations. UK, Netherlands, Germany, Italy and Spain are our top priorities to satisfy the demand”, said Cohen. “We also want to recapture the leakage from medium size companies and leisure travellers that may not be given sufficient choice at the moment.”

Pau-Pyrenees Airport is the main gateway to the Pyrenees and Gascony regions. The rich city heritage sites and amazing gastronomy makes it the perfect base to explore the region. Both Pyrenees resorts and the ocean are reachable in just one hour and the Lourdes sanctuary is only 40 minutes away.

"We are excited about the opportunities but need to educate the market to the potential of Pau as a destination.  In the past many have not wanted to go head-to-head with Air France but we need competition and are confident of attracting to new entrants to the market.  A good example of an airline that will be a natural fit to the market is easyJet.  They could support our leisure demand needs while also providing additional choice for business passengers,” said Cohen.

Pau is also a city of sport and events, hosting every year world class horse races, international golf competitions, car races, and the Tour de France.  It is home to the largest white water sport centre and ski resorts are only 60 kms away. "We are working in partnership with several foreign tour operators and believe the inbound leisure segment, for LCCs or charter operators, has great perspectives to develop in Pau,” added Aurélia Moniot, communication and marketing executive, Pau-Pyrenees Airport.

After a growth of 5.9 per cent in 2013, a number of opportunities exist to capture the market with additional direct services and build on this successful platform. “As part of our expansion strategy, we are working with Airport Strategy and Marketing (ASM) to better identify opportunities and liaise with airlines that suit the market. This is an important initiative to gain momentum in the larger European marketplace,” added Cohen.