A new 4,000 metre runway will open Victoria Falls International Airport to the potential of direct long-haul flights significantly boosting trade and tourism opportunities in the North of Zimbabwe. The project is part of a $150 million investment by the Civil Aviation Authority of Zimbabwe to upgrade facilities at the airport and boost passenger capacity from just 500,000 to around two million.

The landing strip, the foundations of which are already in place, and associated taxiways, in addition to the extending the existing apron area will enable the airport to handle aircraft up to Boeing 747 size and accept direct flights from destinations across a range of long-haul markets, including Europe, opening the doors for the introduction of potential tour operator packages from key markets such as the UK.

”It is part of our plan to get such flights onboard but it may not be until 2018 that we can sensibly expect to see the fruits of the investment,” Ronnie Masawi, airport manager, Victoria Falls International Airport told The HUB Daily during a visit to the facility this morning.

Every year around 143,000 passengers fly in and out Zimbabwe from Europe with around 84,000 of these beginning or ending their journeys in the UK. Other European markets with notable demand to and from Zimbabwe include Germany, France, the Netherlands, Italy and Switzerland. Approximately 39.9 per cent of the traffic between Europe and Zimbabwe in 2013 flew from or to London Heathrow.

The new runway and terminal infrastructure at Victoria Falls International Airport is due for complettion in the first quarter of next year and will open in April 2015. Although Masawi confirmed the investment is a long-term strategy, he anticipates immediate rewards as soon as the upgraded facilities are opened. ”The new runway will bring the airport up to modern standards and will allow aircraft to automatically land in all conditions,” he said.

The airport is currently restricted in the type of aircraft it can accommodate but the new facilities will allow it to accept a greater range of aircraft. ”Currently we cannot accept the Boeing 737-800 and other Next-Generation variants. However, we expect both South African Airways (SAA) and Comair to start using the aircraft to Victoria Falls once the new facilities are open,” concluded Masawi. 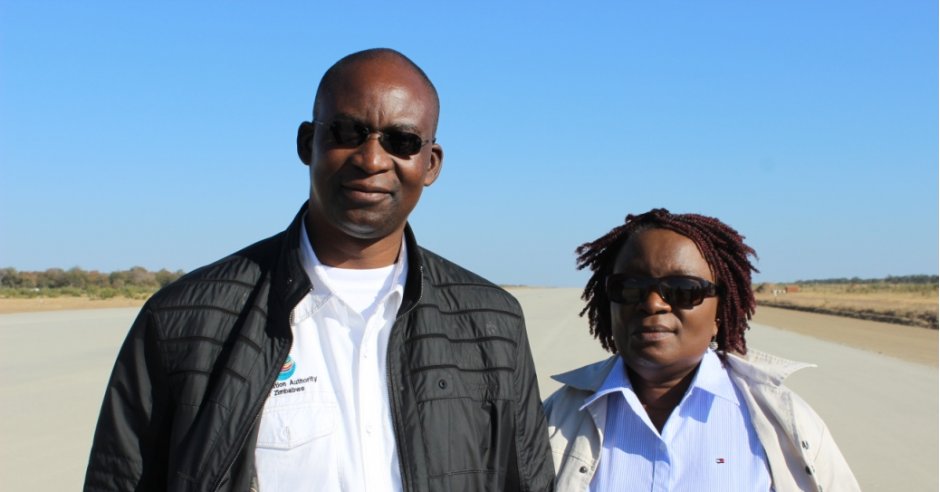