Thailand’s Bangkok Airways will expand its activities during the winter 2014/2015 schedule following the arrival of up to three Airbus A320s and the first of nine new ATR 72-600 turboprops into its fleet during the second half of this year. Despite ongoing political tensions in the country and a consequent fall in passenger numbers during the first half of 2014, the carrier’s management is confident the second half of the year will see an increase of demand as tourists return to Thailand.

In the last week the carrier has taken delivery of a tenth Airbus A320 and an eleventh is due to arrive in the coming weeks. The latest arrival has been leased from SMBC Aviation Capital and is configured with 165 seats. It was originally delivered to Jetstar Airways in 2005 and was destined this summer for Tigerair Mandala but has been picked up by Bangkok Airways following that the carrier’s collapse.

Bangkok Airways now operates a fleet of eight ATR 72s, ten A320s and ten A319s and this will grow to over 30 aircraft by the end of the year with it looking for another leased A320 for delivery in October or November. At the same time the carrier will welcome the first of its brand new ATR 72-600s with the inaugural delivery currently scheduled for November. The nine modern generation turboprops it has on order will provide growth opportunities but will also replace some of the carrier’s older ATR 72-500 turboprops. 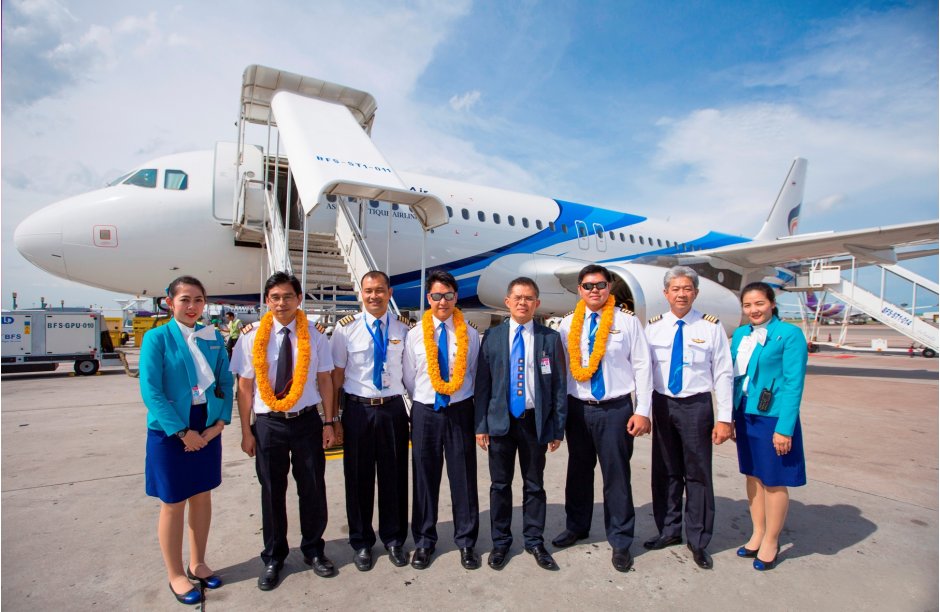 The expanded fleet will enable Bangkok Airways to boost its winter 2014/2015 schedule, which begins in late October, with added rotations on some domestic routes and new routes being introduced. From Bangkok’s Suvarnabhumi International Airport it will add one more daily flight to Chiang Mai (to eight times daily), Krabi (four times daily) and Chiang Rai and Sukhothai (both three times daily).

These new domestic flights into the capital will not only support the point-to-point demand but also connect to Bangkok Airways’ codeshare and interline partners to provide enhanced connections into Europe, Asia and the Gulf region. The carrier has recently expanded these partnerships with the next phase of the implementation of a codeshare agreement on flights from Bangkok and Singapore to Australia and selected Qantas domestic routes.

The positioning of an ATR 72 at Chiang Mai this winter will see Bangkok Airways introduce a four times weekly link to Yangon and a three times weekly service to Mandalay, both in Myanmar, while a twice daily domestic link to Udon Thani will also be launched using the turboprop. A new daily A320 link between Chiang Mai and Phuket will also significantly enhance domestic connectivity and will be a welcome addition to the network for those that currently taking advantage of seven day bus tours around northern Thailand.

“This new flight is in addition to the already very popular Chiang Mai - Koh Samui service,” said Peter Wiesner, senior vice president network management, Bangkok Airways. “After enjoying a week of sightseeing visitors will then be able to fly non-stop to Phuket for a beach vacation.” The popularity of the Chiang Mai - Koh Samui will see that route also enjoy a slight increase in frequencies this winter.

“It’s another year of excitement for all of us at Bangkok Airways to be recognised by Skytrax; these awards are perfect testimonials for our 2014 campaign – ‘Service with Passion’,” said Captain Puttipong Prasarttong-Osoth, president, Bangkok Airways. “We promise to keep up with our services to provide the highest standard to underline our commitment to be Asia’s boutique airline.”

In our analysis, below, we look at Bangkok Airways’ network capacity over the past ten years and its split between domestic and international operations.  The airline’s overall network capacity has grown 121.9 per cent between 2004 and 2013 with its domestic offering increasing at an average rate of 13.1 per cent a year and its international offering at a slightly faster rate of 14.5 per cent. During this period Bangkok Airways’ international network has remained at around one third of its total capacity (32.6 per cent in 2013), although this has fluctuated from 28.6 per cent in 2008 up to 37.9 per cent in 2006.