Birmingham Airport has announced the completion of a new purpose-built transit and transfer facility, providing passengers with the UK’s fastest and most efficient option for onward connecting flights. The new facility delivers an airside connection that allows passengers to transit and transfer within the airside environment in under 45 minutes.

The Airport has invested £200 million on airfield and terminal facilities in recent years, to attract more long haul flights. The new facility means airlines now looking to fly into the lucrative centre of the UK’s booming manufacturing region can also benefit from the domestic and European markets served by Birmingham’s network. 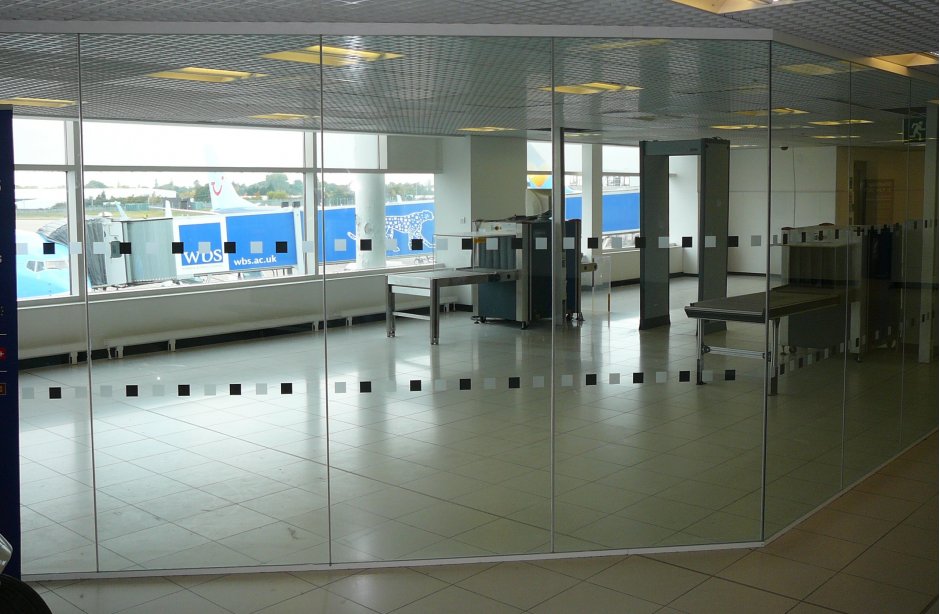 Birmingham Airport’s chief executive officer, Paul Kehoe, welcomes the new facility and believes it will prove to be a huge asset for the airport.  Speaking to The HUB at last night's World Routes pre-event reception in Chicago he said:  “The completion of our new passenger transit facility is another string to our bow in terms of what we can offer passengers and airlines focussed on long haul travel and better connectivity.

“This valuable piece of infrastructure means long and short haul passengers now have the choice of flying to and from a range of domestic and European destinations connecting through Birmingham, allowing them extra time to relax and enjoy the excellent facilities we have available in the departure lounge.

“The timing of this new facility couldn’t be better. The airport recently recorded the busiest month in its 75 year history and over the past five months, we’ve achieved consecutive growth and seen records smashed, including our long haul traffic. This demonstrates the strong demand that exists for passengers who want to fly further afield on long haul services or are looking for other options to connect within the UK. The arrival of this new facility means we are ideally placed to deliver this demand.”

“Our aviation development team, headed up by William Pearson, stands ready to talk with airline partners about codeshare and through-ticketing opportunities to open up new and existing direct and transfer connectivity.  Our region is the fastest growing inward investment region in the UK and the largest net exporter of goods to China. If you combine this demand with domestic and European connecting markets, Birmingham has an enormous amount to offer airlines for routes to the UK. This airport is set to service its region and is centrally located, just an hour from the capital city and able to service this demand well.”

The £1 million investment is the latest addition to the airport’s impressive list of new infrastructure projects, following completion of a new primary radar tower, a state-of-the-art air traffic control tower and a newly extended runway.  Adding just 400 metres to the previous length means departing aircraft can now fly further, bringing new long-haul destinations within direct range for the first time, including the Far East, the West Coast of the U.S, South America and South Africa.

In an exclusive interview last night we questioned Paul Kehoe on the new runway and what it really means for Birmingham Airport in its ambitions to grow its long-haul network.

Q) What has the runway extension offered to Birmingham in terms of network development?
A) "Adding just 400 metres to the existing length means departing aircraft can now fly further, bringing new long haul destinations within direct range for the first time, including the Far East, the West Coast of the US, South America and South Africa.  It was this development that allowed Birmingham to become the first airport outside of London to welcome direct flights from China. The series of charter flights between Birmingham and Beijing throughout the summer were only possible because of the Airport’s newly extended runway.  We see the runway extension as the main driver for future passenger growth, both in terms of long haul flights, connecting flights to feed the long haul network and increased demand for cargo freight movement.

Q) How will this summer’s Chinese charter programme help to fulfil your long-term ambitions to develop scheduled link into the country?
A) "The first charter flight from Beijing into Birmingham was a historic day, not just for us but also for the Midlands region too. Never before has a commercial airliner touched down on a runway outside of the Capital from China and we were enormously proud to be the first to make that happen.  Arriving into Birmingham on a China Southern A330-200 aircraft and operated by one of China’s leading tour operators Caissa, the first flight was fully laden with 248 tourists venturing into the UK on organised package tours. These sell-out tours demonstrated the enormous demand that exists for more flights between the two countries.  It is not just tourism that is driving this demand. The case for future direct services to China is strengthened by the fact that our region is the fastest growing inward investment region in the UK and the largest net exporter of goods to China.

Q) How do you intend to use the success of the Air India link and the carrier’s intent to grow frequencies as an endorsement of your market opportunity?
A) "Air India recently announced plans to increase its Birmingham-Delhi-Amritsar operation from four flights per week to daily services, starting in November, recognising the clear demand that exists from passengers for greater frequency and flexibility.  The West Midlands receives more foreign direct investment from India than any other region outside of London and Birmingham’s VFR market grew by 71% in 2013, now attracting more visitors from India than any English city other than London.  It’s therefore not surprising that the route has been such a success in its first year and I am certain that a daily service would make the Birmingham route even more appealing to Midlands’ travellers.  The success of this route has provided a strong platform for us to move forward from, not just for Air India, but for other airlines too. It shows the demand is there for long haul services and with our runway extension, we’re ideally placed to serve this demand."

Q) What are your ambitions for long-haul market connectivity?
A) "Our ambitions for long haul connectivity are reflected in the investments we have made in recent years. This airport now boasts world class facilities and state-of-the-art infrastructure, including a new air traffic control tower and of course, the runway extension. It is these investments, coupled with the strong demand for connectivity in the region, which means we are ideally placed to serve the long haul market.  There are clear signs these investments are already beginning to pay off, as the airport recorded the busiest month in its 75 year history in August. Over one million passengers passed through the terminal during the month, beating the previous record achieved back in August 2008.  August was the fifth consecutive record-breaking month for Birmingham, as April, May, June and July all saw previous records for the month smashed. A number of factors are driving more passengers to use Birmingham Airport, not least because of the new investments already mentioned.  The choice of long haul services available has also contributed to the airport seeing passenger growth this year. In July alone, long haul travel traffic grew by eight per cent compared to the same period last year, through services to Dubai, Delhi, Egypt, Islamabad, Jamaica, Mexico, New York and Toronto."