Republic of Ireland's Cork Airport announced details yesterday at World Routes of an agreement with City Airport Bremen to launch a new FLYCORK initiative. The new portal will be a custom-built online solution for Cork Airport, its airlines and travel agent partners to generate sales and market tourism in the region.  FlyCork is being developed in collaboration with City Airport Bremen based on the model of FlyBremen, which has proven successful in increasing traffic to the German city.

The two airports have agreed to a cooperation agreement and to exchange best practices based on City Airport Bremen’s experiences with its FlyBremen initiative and Cork Airport is the first airport outside Germany to replicate this model as part of its international development.

Speaking to The HUB in Chicago, Niall McCarthy, managing director, Cork Airport, said: “Cork Airport, like many other international airports does not have its own sales and marketing channel. We have been working in partnership with City Airport Bremen over the past twelve months since we initially met at last year’s World Routes event in Las Vegas to lay the groundwork based on the exchange of knowledge, experience and sharing of best practice. The launch of FLYCORK will have huge strategic benefit to Cork Airport and to our partners in the region, so we’re very excited about its launch.”

"The concept of FlyBremen is a success-story since 2012. Therefore we are pleased to give this great opportunity of our idea to other airports to boost their regional travel market, Florian Kruse, director sales, marketing and communication, City Airport Bremen explained to The HUB.  "In Germany Memmingen Airport has already taken over our franchise model and has launched their FlyMemmingen site successfully earlier this year. We are very pleased that now - with Cork - the first non-German airport is on board.”

Cork Airport, which is Ireland’s second largest airport, is the gateway to the south of Ireland servicing the Munster region. More than 2.3 million passengers travel through the airport each year, flying to more than 50 destinations across Europe.  With over 50 non-stop destinations in 20 countries in Europe and North Africa, City Airport Bremen ranks among Germany’s key international commercial airports.  It claims to offer passengers the shortest transit time from the city centre of any European airport with an eleven minute journey time using a tram system that has a stop directly in front of the terminal. 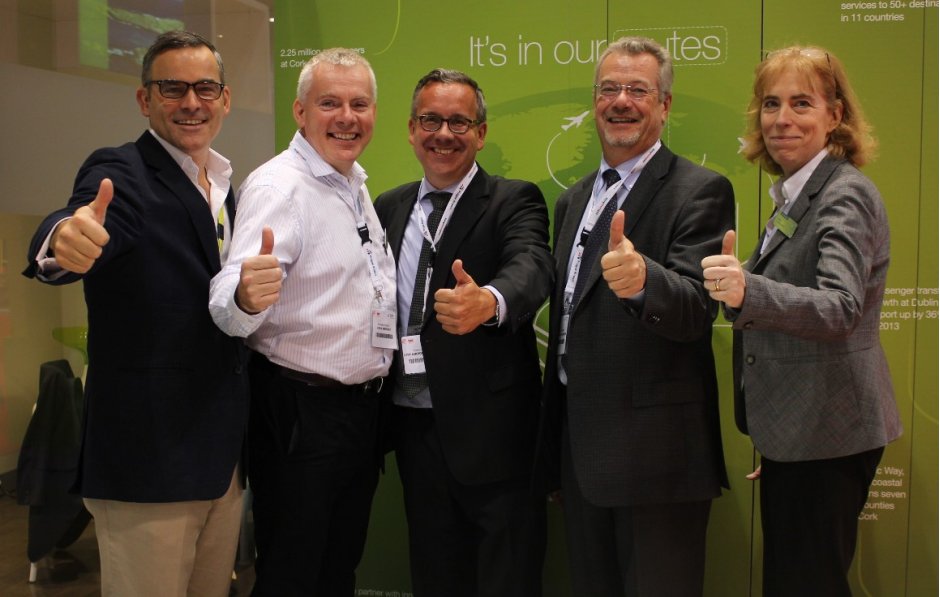