The Philippines’ largest airline Cebu Pacific Air revealed at a special briefing at World Routes earlier today that it is to expand its long-haul network in the Middle East, with the launch of direct flights into Saudi Arabia. The new destinations will add to its existing flights to Dubai, United Arab Emirates, Kuwait and most recent destination Sydney, Australia, which has been served since September 9, 2014. 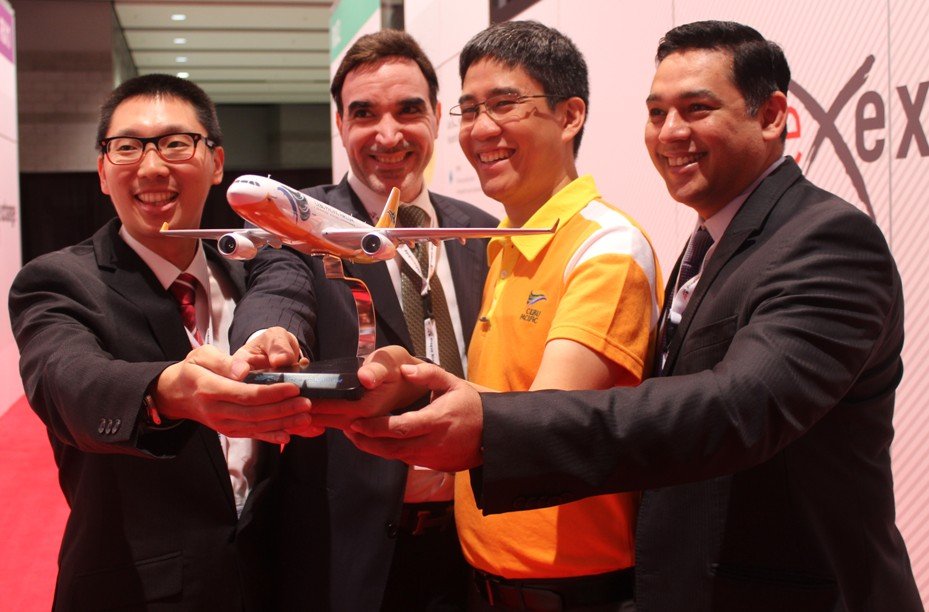 “We have long wanted to serve the substantial population of Global Filipinos in the Kingdom of Saudi Arabia. It will be our utmost pleasure to bring them home more often, on our extensive network and trademark low fares that are up to 35 per cent lower than other airlines,” he added.

As per 2012 Commission on Filipinos Overseas estimates, there are over one million Global Filipinos based in the Kingdom of Saudi Arabia and Cebu Pacific Air is confident it will secure a sizeable share of this demand while also stimulating the market with its low-fares. It will be the first low-cost carrier on the route and expects to supplement point-to-point demand through feed from its domestic and regional operations into Manila.

The route will be served by the carrier’s growing fleet of Airbus A330-300 widebodies which are configured in a high density 436-seat Economy layout. This arrangement includes 27 ‘premium’ seats located in bulkheads or exit rows. Cebu Pacific Air currently operates five A330-300s with the latest aircraft being delivered from the Airbus factory in Toulouse, France on September 2, 2014. A sixth is due to arrive in 2015.

Speaking to The HUB in Chicago, Alexander Lao, vice president commercial planning, Cebu Pacific Air hopes the carrier will see a similar success in Saudi Arabia to that which it witnessed when it began flights to Dubai last year. “We have clearly stimulated demand on the Manila – Dubai pairing with traffic increasing 27 per cent between the first quarter of 2013, ahead of our launch, and the first quarter of 2014. We are growing the pie and not slicing it into smaller pieces,” he said.

According to Lao, the new A321neos, which will arrive from 2017, will permit the carrier to fly narowbodied aircraft as far afield as Perth, Australia and across all of India thanks to the jets 2,900 nautical mile range. The carrier’s existing A320s are limited to reaching Darwin, Australia and eastern India.

But it is the arrival of the sixth A330-300 that is a focus of growth for the carrier and there is growing speculation it could be deployed on flights to the United States with the carrier already applying to the US Department of Transportation for approval to introduce flights into the country. The airline has confirmed publicly that it will initially serve Guam using its A320s and Honolulu with its A330s once all approvals are received.

The airport is now poised to launch a major expansion project in a matter of months that will triple capacity through an extension of both the North and South concourses of the existing passenger terminal, opening more gates and retail concessions.