A special presentation was made by Adrian Newton, group director transport and technology, UBM Live at World Routes in Chicago to former Malaysia Airports managing director Tan Sri Bashir Ahmad Abdul Majid, who stepped down from the helm of the business this summer after playing a leading role in transforming Kuala Lumpur International Airport into a major global aviation hub.

In this position he played an important role in supporting the Routes business and the introduction of regional airline forums to complement the annual World Routes function. For three consecutive years Malaysia Airports hosted Routes Asia in Kuala Lumpur between its inauguration in 2003 and 2005 and it recently partnered with Ministry of Tourism Sarawak to co-host this year’s event in Kuching, Sarawak. It has also been the host of World Routes which took place in the Malaysian capital in October 2008.

Speaking to The HUB ahead of the presentation, Katie Bland, director, Routes, UBM Live, described Tan Sri Bashir as “always a pleasure to work with” and offered him ‘Freedom of Routes’ rights to attend the event in the future in support of the key role he has played in supporting the success of the Routes business.

After eleven years with Malaysia Airports, Tan Sri Bashir was replaced in June this year by Datuk Badlisham Bin Ghazali, formerly Chief Executive Officer and Non-Independent Director of the Multimedia Development Corporation (MDeC), where he has led the development of the National ICT Initiatives for Malaysia. Tan Sri Bashir will continue to support Malaysia Airports in a new role as a business advisor. 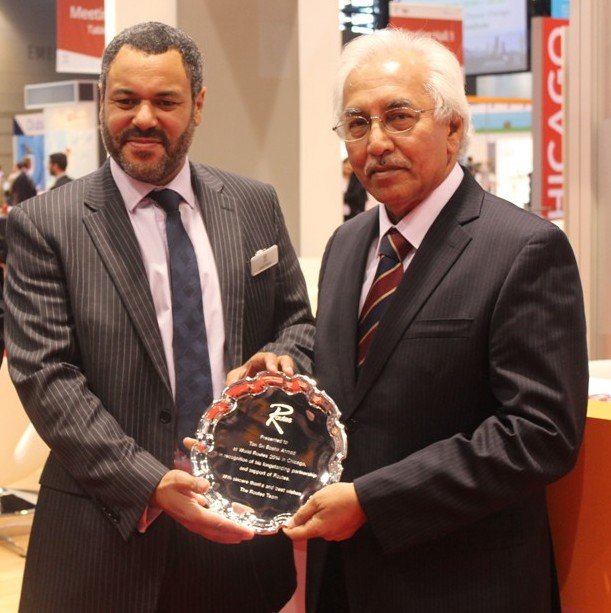