ADP and TAV Holdings have celebrated their blossoming partnership with the opening of a joint stand at the 20th World Routes Development Forum.  And, on the sidelines of this year’s World Routes in Chicago, both the CEO of Aéroports de Paris (ADP), Augustin de Romanet, and TAV Airports Holdings, Sani Sener, were there to cut the inaugural ribbon.

The latest milestone in a partnership little over two years old, the joint stand symbolises the growing bond between the two companies following ADP’s purchase of a 38 per cent stake in TAV Airports.  Creating one of the largest alliances the aviation has ever seen, combined, the two airport authorities handle more than 180 million passengers a year through 37 airports located in eight countries – France, Turkey, Georgia, Tunisia, Macedonia, Latvia, Saudi Arabia and Croatia.

ADP’s CEO, Augustin de Romanet, explained to The HUB that there’s was a marriage still in its infancy, but one that was becoming stronger with each passing day.  You can discover more about ADP and TAV Holdings’ alliance in the latest issue of Routes News, where Jonny Williamson speaks with ADP’s head of network development, Hugues Potart.PIck up your copy today at World Routes. 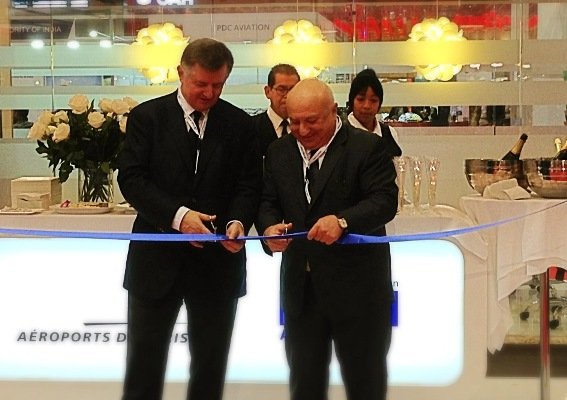