It was announced today that in 2016 Routes Asia will head to the Philippines when the event takes place in the vibrant capital city of Manila between March 6th and 8th.  The announcement came during a signing ceremony, which took place at the 20th World Route Development Forum currently taking place in Chicago, Illinois, USA.

“We are extremely honoured and excited to be given the opportunity to host Routes Asia 2016,” said Secretary Ramon R. Jimenez, Jr. of the Philippine Department of Tourism.  “The Philippines is a strong viable option for staging the largest and most important route development forum in Asia. Trade, investment and tourism in the country have grown very rapidly in the last few years creating numerous opportunities for expanding air routes to major points in Asia and the rest of the world. We owe this strong support to all our stakeholders, who have invested their resources and trust in us to make this work for everybody.” 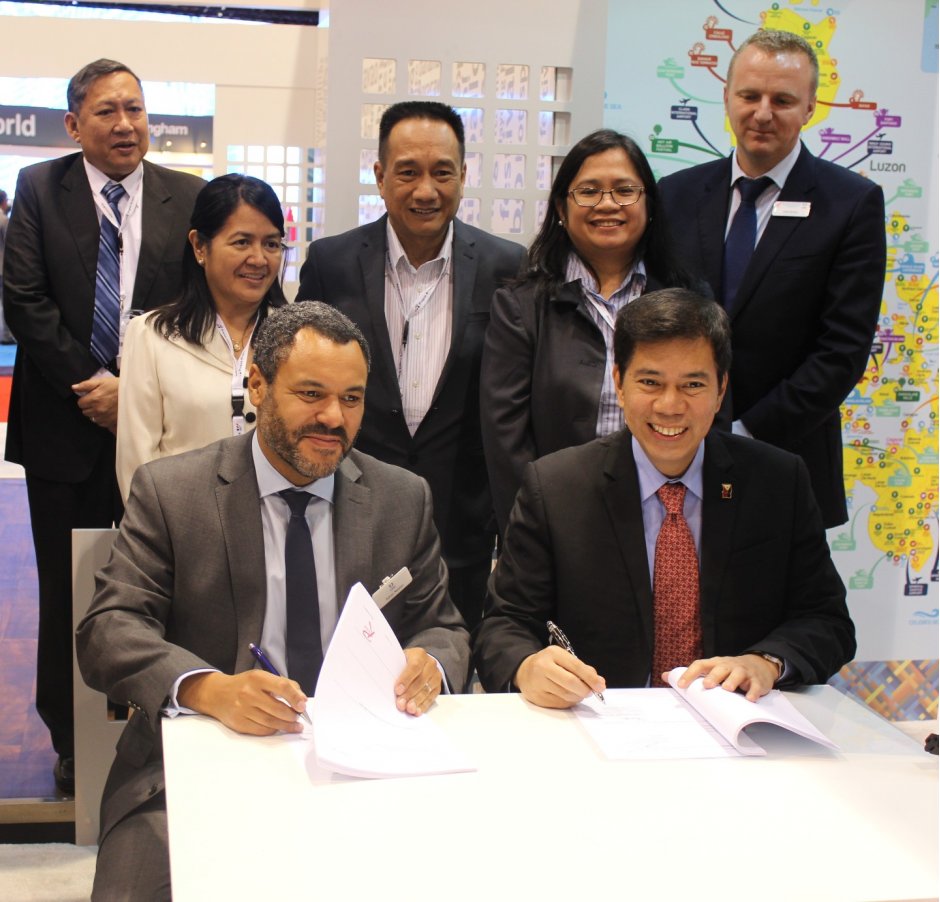 The event promises to help the host deliver on its objectives to turn the Philippines into one of the top gateways in the region in the near future and hosting Routes Asia will also provide the Philippines with the opportunity to improve international air connectivity and access for business and inbound tourism as well as expand the frontiers of knowledge on aviation development, an essential driver and prerequisite of competitiveness.

As the capital of the Philippines, Manila serves as the seat of government and the centre of financial and economic activities for the entire country. Most of the Philippines' largest corporations, major banks and various multinational companies are based in the city that contributes to the country’s thriving economy. It is also home to the country’s premier gateway, the Ninoy Aquino International Airport (NAIA), which is linked to over 50 international destinations by more than 30 airlines and has four terminals that accommodate more than 30 million passengers per annum.

The Philippines is currently modernising and expanding its premier gateway and secondary airports to sustain its international market growth and improve the arrival and departure experience. Increased investment in these airports will drive international tourists and passengers to visit the Philippines. The upgrading of Ninoy Aquino International Airport’s Terminal 1 is ongoing and will be completed in time for the hosting of the Asia Pacific Economic Cooperation in 2015 whilst the construction of an elevated highway linking Terminals 1, 2, and 3 to the Skyway and Manila Bay is expected to be completed by 2016. There is also planned expansion at the passenger terminal building of Mactan-Cebu International Airport which will be expanded to accommodate eight million passengers per year.

A multi-faceted destination, Manila is also the core of education, culture and the arts. It boasts several notable attractions including a UNESCO World Heritage Site and 45 other cultural heritage landmarks. It is a well-known shopping destination in the Asia-Pacific region with over 100 shopping malls that can be found in strategic locations in the city.

Speaking to The HUB after the announcement Katie Bland, director Routes for UBM Live said: “We are delighted that Routes Asia will be in Manila in 2016. Hosting the event will allow the Philippines to increase air services and visitor numbers at a time when the airports’ planned expansion offers airlines new opportunities. With superb connections to the whole of Asia, one of the fastest growing economies of Southeast Asia and both a modern and rapidly developing infrastructure, the Philippines is the ideal destination to hold Routes Asia in 2016. Furthermore, with ASEAN Open Skies expected in 2015, this event is sure to be full of opportunities for all our community.”