Although the city has been destroyed and rebuilt 29 times, the layout of the Old Town is still largely intact, with narrow alleyways and huge crooked houses.

Home to a quarter of Georgia’s entire population, Tbilisi is a hub of activity and excitement. Alongside the city’s history, Tbilisi indicates signs of a modern city full of flagship building projects, such as a new cathedral and presidential palace to revamped parks and museums.

Located on the South-Eastern edge of Europe, Tbilisi offers trade links between the east and west, ensuring its position as an important transit route for global trade products.

Traditional old markets line the streets that run along the hillsides, contouring along the Mtkyari River. Winding lanes, old balconied houses, and beautiful churches blend with the busy streets lined with bars and cafes. 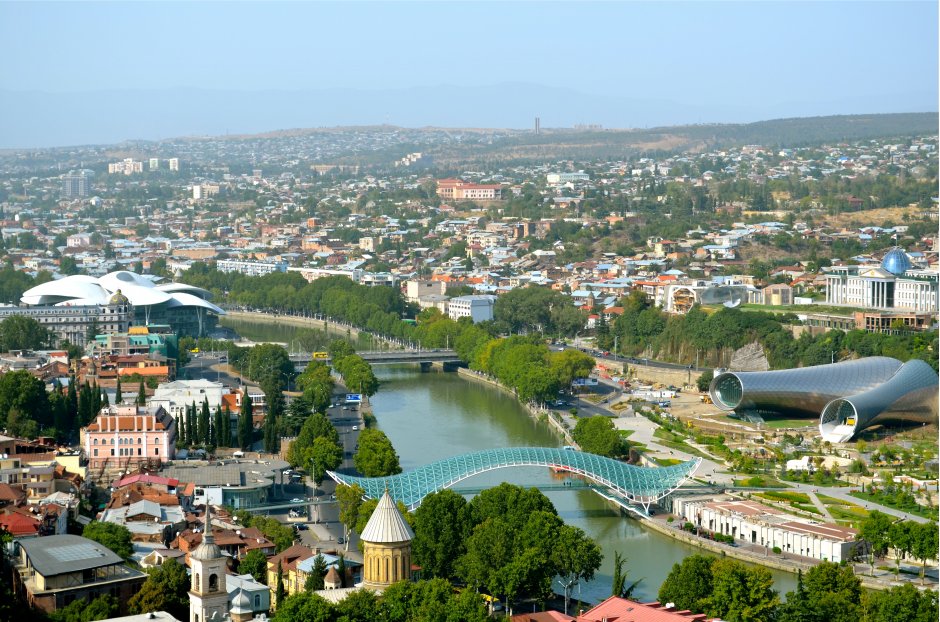 In 2011, Tbilisi was voted Europe’s safest city and was in the top three major cities in cost effectiveness. It is described as the beating heart of the South Caucasus, lying north of the Caucasus Mountains - the birthplace of the first European civilisation, following the discovery of 1.8 million year old human remains.

The city is famous for its traditional markets, which sell everything from meat, fruit and vegetables to local delicacies, clothing and souvenirs. There are no price tags on most market stalls, so everything must be negotiated and bartered, which adds to the traditional charm.

Conventional western fast food restaurants will be a rare sight in Tbilisi, and some of the only modern characteristics of the city are some of the recent architecture - Tbilisi is changing to fit with the western world, but refuses to let go of its customary charm.

Although Georgia is very religious with a huge respect for the church, it doesn’t affect everyday life, and a considerable amount of bars, pubs and nightlife can be found entwined between ancient shop-fronts and market stalls.

The churches are something that should definitely be visited whilst in Tbilisi, such as the Gergeti Trinity Church located next to Mount Kazbegi, 2170 metres above sea level. The Metekhi Church is astounding, as is where Vakhtang Gorgasali built his palace and the site’s original church when he made Tbilisi his capital in the 5th Century. 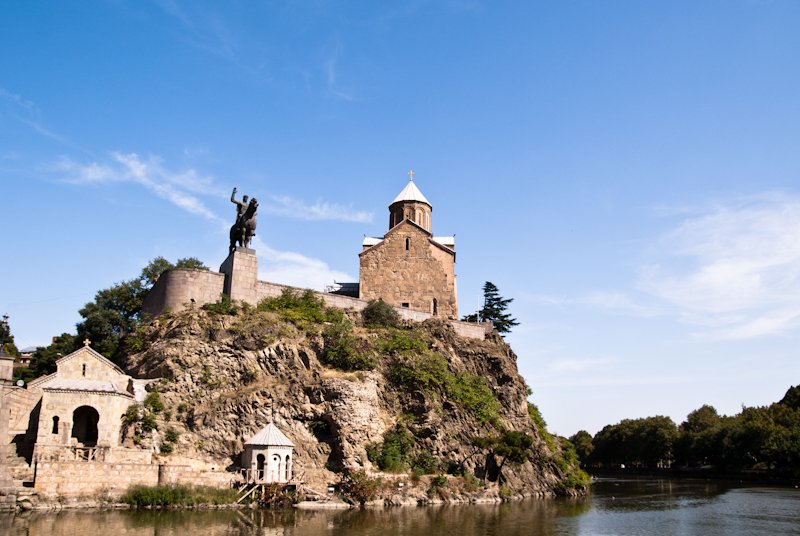 Mtskheta Village, which is located approximately 20km from Tbilisi, is the historic and architectural complex of Jvari . Svetitschoveli Cathedral in the region is one of the most sacred places in Georgia, and is where the sacred robe of Jesus Christ is buried.

Narikala Fortress is a symbol of Tbilisi’s defence, established in the 4th Century. The fortress is not only a gorgeous testament to the city, it offers incredible views across Tbilisi, particularly at night when the city lights shine below.