This year was a record year for Routes, part of UBM Live, with more delegates than ever before attending its World Routes and Regional Route Development Forums. Here the HUB takes a look at some of the highlights of 2014 and a look forward at what to expect from the coming year.

A record number of 6,116 delegates representing 144 countries attended the six events that Routes organised around the globe in 2014. These forums, which focus entirely on air service development, have become the must attend events of the annual calendar recognised for shaping the world’s future air networks.

Katie Bland, Director Routes for UBM Live commented: “The record attendance from airlines, airports and an increasing number of representatives from tourism authorities and other aviation stakeholders at our 2014 events highlights the importance of air service development and its economic impact on national and regional economies. With 27,300 face-to-face meetings taking place at our 2014 events, we offer the most efficient forum for everyone involved in negotiating and creating new air links.” 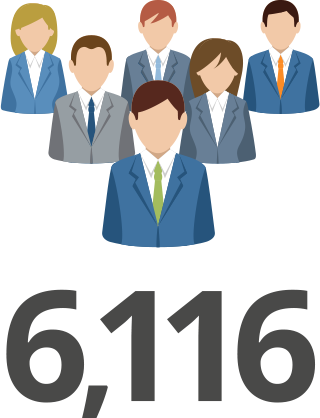 “The record attendance from airlines, airports and an increasing number of representatives from tourism authorities and other aviation stakeholders at our 2014 events highlights the importance of air service development and its economic impact on national and regional economies.”

In total, 630 airlines and 1,500 airports were represented at the events, which took place in six countries in 2014. Five successful Routes Regional events took place during the year to foster air links within the world’s key regional aviation markets with the 7th Routes Americas in San Salvador, El Salvador, the 12th Routes Asia in Kuching, Sarawak, Malaysia, the 9th Routes Europe in Marseille, France, the 9th Routes Africa in Victoria Falls, Zimbabwe and the first ever Routes Silk Road in Tbilisi, Georgia.

Almost 3,000 delegates gathered in Chicago, Illinois, USA at the end of September as World Routes, the world’s largest civil aviation gathering, celebrated its 20th anniversary at an event which was co-hosted by Chicago Department of Aviation and Choose Chicago. The event also saw attendance from many of the world’s leading carriers, including all of the top 10 and 40 of the top 50 airlines (measured by Available Seat Kilometres (ASK).

World Routes opened with the World Routes Strategy Summit which saw participation from Sir Tim Clark, President & CEO of Emirates; Scott Kirby, President of American Airlines and Rosemarie Andolino, Commissioner of the Chicago Department of Aviation. Across the year, over 200 industry experts took part in the various Strategy Summits at Routes events in 2014 discussing some of the industry’s hottest topics and setting the tone for the year to come.

In addition to the core business elements of the event a fantastic programme of social networking events was arranged by our Hosts including a Welcome Reception complete at the Art Institute and a spectacular Networking Evening at the Field Museum of Natural History which included a firework display and entertainment by Earth Wind & Fire. 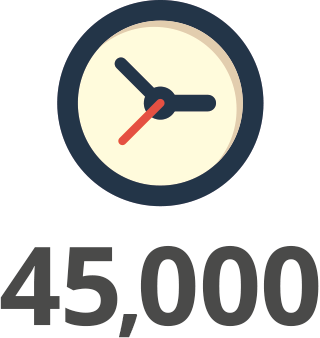 Overall, this year’s events saved attendees 45,000 estimated days of travel by having their meetings at Routes. 11,800 users were active on Routesonline with 407,000 Route Exchange profile views supporting preparation for the meetings which took place. The Routes App was downloaded by 2,532 users with 640 images posted to the app by attendees who consumed 54,000 cups of coffee across all events. View the full infographic for more facts and figures from 2014.

Your feedback matters to us

Looking ahead to 2015 we’re planning to build on the improvements made in 2014 and enhance the event experience even further by taking all your feedback into account. You said you wanted to keep the focus on the Face-to-Face Meetings which are the heart of the event so we extended the business day on the Sunday at World Routes and added more flexibility to the online meeting requests system allowing delegates to add Route Exchange Briefings and Summit sessions to their diary in advance of the event both of which are set to continue in 2015.

Next year will also see the launch of the Electronic Extra Meetings System at Routes events which will hugely benefit all attendees providing real time updates on meeting requests, improve the response times and allow attendees to add extra meetings straight into their diary. This system, which will be accessible via the official Routes App, on Routesonline, and via dedicated terminals around the event, will make its debut at Routes Americas in February.

You also asked for more guidance on how airports and tourism authorities can prepare for the event so 2014 saw the inaugural ‘The Perfect Presentation’ webinar take place ahead of World Routes. Developed in partnership with ASM and Flightglobal this provided a detailed overview on exactly how to present to airlines at World Routes and more of these are planned for our 2015 events. We also listened to your feedback about our conference programme so in 2015 we’re streamlining the format and integrating the World Routes Tourism Summit into the World Routes Strategy Summit which will include content for airlines, airports and tourism organisations which in turn will allow more attendees to attend more sessions which are relevant to them.

Routes events have already been confirmed and scheduled for 2015 and beyond, thanks to the in-depth Host selection process, which sees airports and tourism authorities submit a competitive bid to host one of the premier route development networking events. 2015 will see more ‘firsts’ for the event as World Routes head to Africa for the first time, when the 21st World Route Development Forum takes place in Durban, South Africa and Routes Europe heads to the UK for the first time in its 10 year history. In addition, 2015 will see Routes Silk Road return to Tbilisi when the event is hosted for the second consecutive year by United Airports of Georgia and the inaugural Routes Middle East & Africa event take place in Bahrain. The complete 2015 event programme can be found below:

2014 was also a phenomenal year for the Future Hosting Team with many announcements made over the last 12 months including two World Routes events. Future events that have already been announced for 2016 and beyond include: Routes Europe 2016 (Krakow, Poland), Routes Asia 2016 (Manila, the Philippines), World Routes 2016 (Chengdu, China) and World Routes 2017 (Barcelona, Catalonia) with more announcements including the Host and destination for Routes Americas 2016 expected very soon.

Find out more and reserve your place at upcoming Routes events, the premier events for the route development community.