The development of Punta Cana International Airport is a wonderful story of how a little private airport has grown to create a community and a major tourism industry in the Dominican Republic. Through an aggressive marketing campaign and regular meetings with major tour operators, airlines, local business developers and the Dominican government agencies, Punta Cana has developed from a virtually unknown tourism location to one of the most dynamic and sought after major tourism destinations in the Caribbean and Latin America.

In 1984 when Punta Cana International Airport (PUJ) became the world’s first privately-owned international airport, nobody would have predicted that today it would among the busiest facilities across the Caribbean and a major economic driver for the Dominican Republic. Over the past 30 years it has been regularly recognised among the fastest growing airport in Latin America in terms of passenger traffic, and is now gearing up to welcome Airbus A380 operations by the end of this year.

With an area of approximately 48,445 square kilometres, the Dominican Republic is the second largest Caribbean nation by area and is home to an estimated ten million people. Today it also represents the second largest economy in the Caribbean and Central American region and has the ninth largest economy in all of Latin America, one that was long known for agriculture and mining, but is now dominated by service industries. 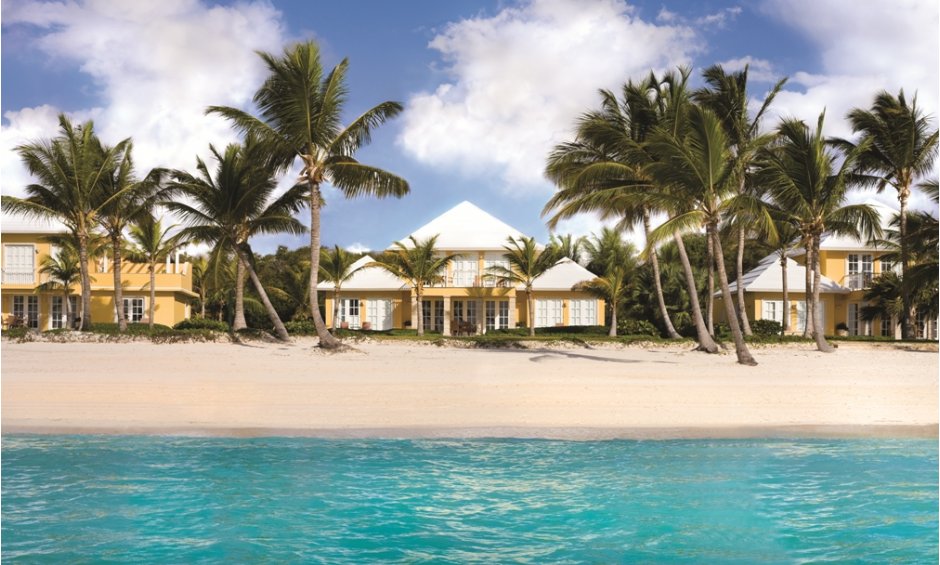 The Dominican Republic can also lay claim to the much sought after title of being the most visited destination in the Caribbean, with tourism now being the driving force behind the nation’s economic growth. PUJ has played an integral role in this journey supporting the need for a modern transport infrastructure across the nation, capable of servicing the ever expanding volumes of people visiting

“The idea of building an airport in Punta Cana was first envisioned back in the early 1970s,” Frank Elias Rainieri, director of GRUPO PUNTACANA, owners of the airport, told Routesonline during an interview at this year’s Routes Americas in Denver, USA. “The only access point to the Eastern coast of the country was via Santo Domingo, around four hours away and it was clear that if this part of the Dominican Republic was to thrive, better accessibility was required.”

The development of GRUPO PUNTACANA dates back to 1969, when Dominican businessman and hotelier Frank R Rainieri and the late Theodore W Kheel, the prominent New York attorney and labour mediator, created a partnership to construct a resort and real estate community that respects the natural habitat of Punta Cana while offering a high-quality holiday experience.

Despite struggling at first to receive government approval for the plan, they stuck with their belief that the only way to develop tourism into Punta Cana was to bring tourists within 30-45 minutes of the area. And despite various changes in government holding up developments permission was finally granted in 1982 to build what would become the first privately owned international airport in the world, launching operations just two years later in 1984. 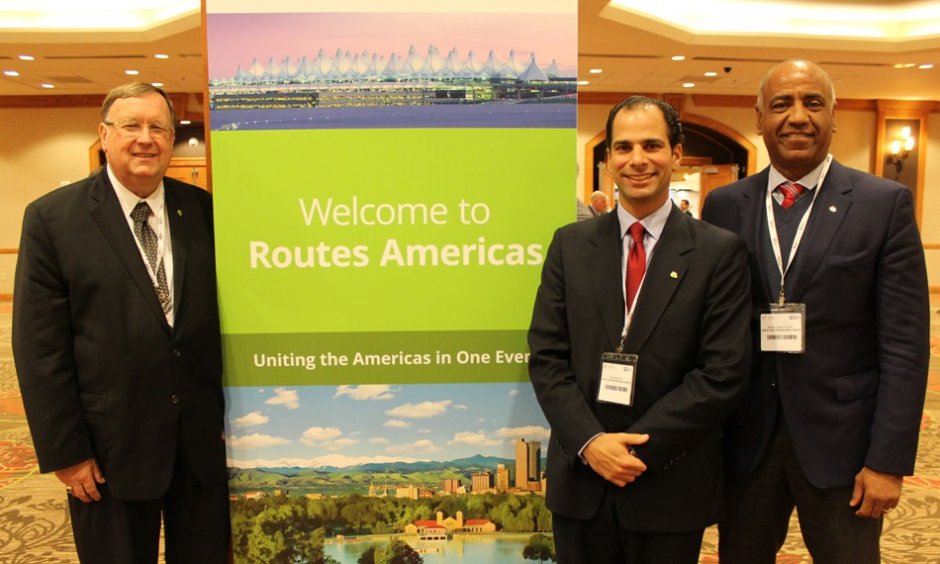 “In our first year of operations we received a total of 3,893 passengers, but thirty years of sustainable development, albeit at a rapid pace of around ten per cent growth per annum we are now exceeding five million passengers per annum and brought excellent connectivity between the island and numerous destinations across Europe, South America and the United States,” explained Rainieri.

Meeting the classic theory ‘build it and they will come’, PUJ has facilitated significant tourism growth across the Dominican Republic and has been a direct contributor to the economic growth of the country. For example, when the airport first opened the Dominican Republic is estimated to have possessed between 4,000 and 5,000 hotel rooms.

Today this figure is around 55,000, highlighting the important role tourism plays in the local economy. This provides jobs – both direct and indirect – to around 800,000 people, with developments in the Punta Cana area delivering an estimated nine per cent share of the Dominican Republic’s total annual GDP.

GRUPO PUNTACANA understands the role of investing in the future and it has been committed to a manageable expansion programme, growing in size and modernising in line with both the changing nature of the aviation sector and the demands of its passengers. This decade, as numbers have started to significantly grow, a new Runway and air traffic control tower have already been opened, while last year a new terminal building was made operational. 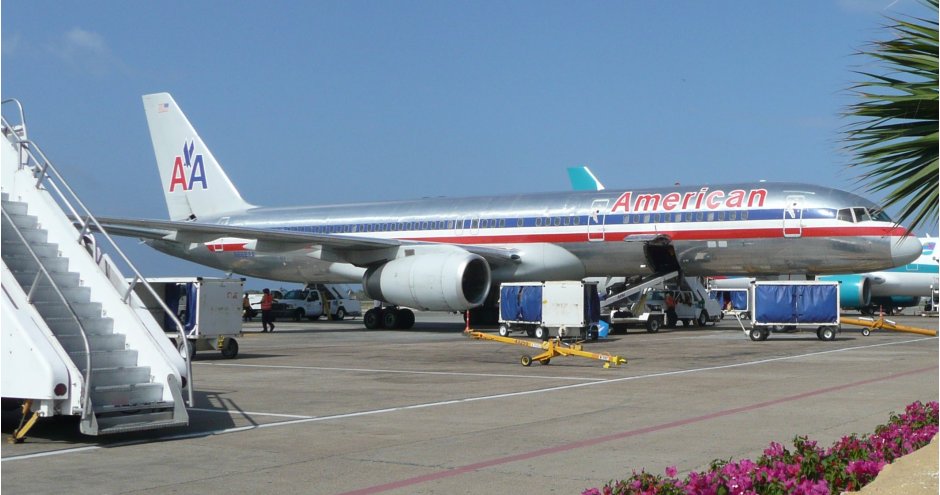 “Our ability to make rapid improvements to our infrastructure and facilities, without having to embark on long, drawn out processes, is a massive advantage,” said Rainieri.

The new terminal building is a sign of how private ownership has helped PUJ to grow to meet increasing demand. “Work on the new terminal began on March 1, 2014 and we opened the facility to the public on November 1, 2014,” said Rainieri.

“From conception to development, the new structure has been a labour of love and great anticipation…our goals are to expand our air capacity and passenger ease to the region, while our mission remains deeply rooted in sustainability and energy savings throughout the facility,” he added.

Designated Terminal B it is already accommodating 6,500 passengers daily and has a capacity to carry more than two million passengers annually. The 333,000 square feet structure has two passenger levels and a third level mezzanine for airline offices. The departure area has fifty check-in counters, an air-conditioned concourse equipped with seven jet bridges, an associated parking apron and nine departure gates.

The new terminal helps us continue to meet the increase in traffic we are experiencing each year, at the same time improving the overall experience on offer to our passengers,” added Rafael Alberto Smith, director of landside operations, Punta Cana International Airport during our Routes Americas interview.

The investment in the airport means it is one of the few predominantly leisure-oriented facilities that is now capable of handling the Airbus A380 Super Jumbo. According to officials, two operators of the type have already requested permission to fly them into PUJ in the near future.

The airport relies on point-to-point demand with around 98 per cent of traffic on an O&D basis. However, that could change from 2015 as Brazilian low-cost carrier Gol Linhas Aéreas Inteligentes moves its scissor hub across to PUJ from Santo Domingo, providing connections between Brazil and North America and the Caribbean.

But, it is not just the passenger market that is important for PUJ and the airport hopes to further develop its cargo activities, both through dedicated freight and belly-hold capacity on passenger flights.

“We are very much becoming a hub for cargo being sent between South America and Europe,” said Walter Zemialkowski, director of airside operations, Punta Cana International Airport during our Routes Americas interview.

“More and more businesses are seeing Punta Cana as the perfect middle ground between the two continents and are using us as a transfer point. The recent expansion of our cargo capabilities, through the building of a 5,000 square metre facility, is designed to meet what we expect to be further demand for this type of service,” he added.

In the space of just 30 years Punta Cana has emerged as one of the world’s most popular leisure destinations and the airport’s owners have lofty ambitions to maintain the impressive growth in tourism numbers, with over ten million passengers flying through PUJ by the middle of the next decade.

The growth of the airport means it now accounts for a dominant share of international arrivals into the Dominican Republic, increasing from 48 per cent in 2012, to 50 per cent in 2013 and up to 52 per cent from the start of last year. Over the last five years PUJ has handled almost 25 million passengers. 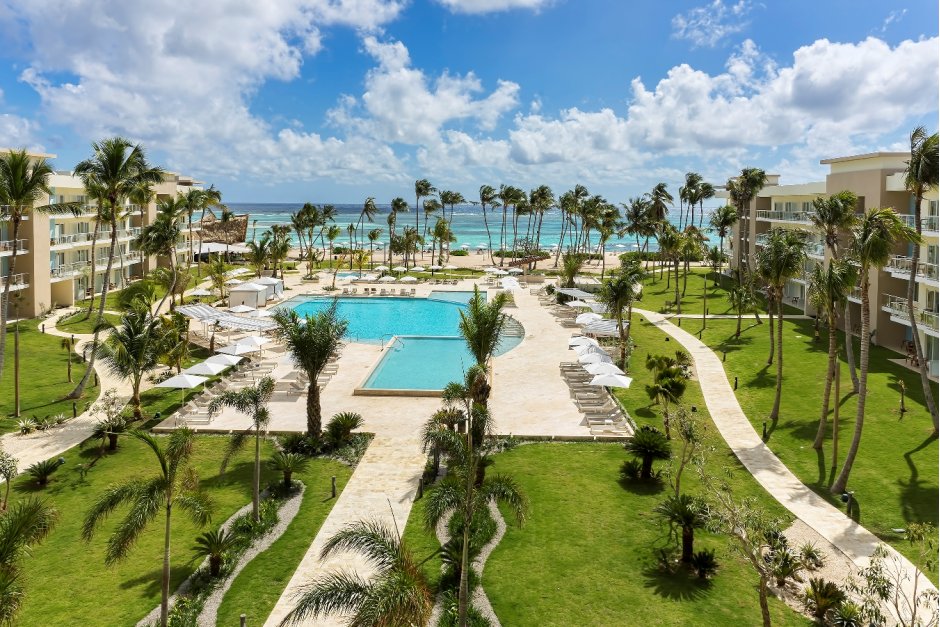 We often talk at Routes events about the growing importance of local stakeholders and tourism organisations in the network development process. It is now much more than just airlines and airports, with the support of local authorities, who understand and benefit economically from new services, now an essential part of the mix.

Punta Cana is an excellent example of how an airport and region are working together, in this case through the common ownership of PUJ and PUNTACANA Resort & Club under the GRUPO PUNTACANA umbrella.

This means PUJ’s marketing efforts combine the beauty of the location, the ease of travel, and the nearby luxury resort to leverage targets. For example, when targeting businessmen, the marketing team unites and comes up with a conjoined campaign that references the airport services along with the respective hotel services thus, allowing for a completely unique and specific message.

The airport is also highly proactive in promoting its messages and marketing efforts include email blasts, a brand new optimised and mobile responsive website, as well as the launch of an airport App, which permits travellers free Wi-Fi.

Punta Cana International Airport is truly an inspirational story of how a private airport with strong leadership, vision and marketing skills, can positively impact the growth of the local community; be the key element in the creation of the tourism industry in the Dominican Republic, that is now world renowned and respected as a leader in the transportation and hospitality industries; and sustain itself for future growth while maintaining both socially and environmentally responsible programs.