Air travel is set to flourish over the next week in the Asia Pacific region, with Chinese New Year just around the corner.

The year of the goat will see a huge amount of capacity coming out of the big three airports, with Beijing (PEK and NAY) expecting 804 departures over the holiday season from February 18 – a total of 154,361 seats.

Seats are very much in demand, with additional capacity being provided by carriers during this time. China Eastern is the top airline travelling to and from China over the New Year period, with a capacity of 427,704. Air China and China Southern sit very closely with capacities of 352,214 and 347,636 respectively. Dragon Air and Asiana Airlines come fourth and fifth for airlines travelling to and from China over Chinese New Year, with capacities of 185,428 and 110,656 respectively.

With Routes Asia in Kunming, Yunnan in China from 15 – 17 March, 2015, it looks like it’s going to be a busy time for the aviation industry in Asia. 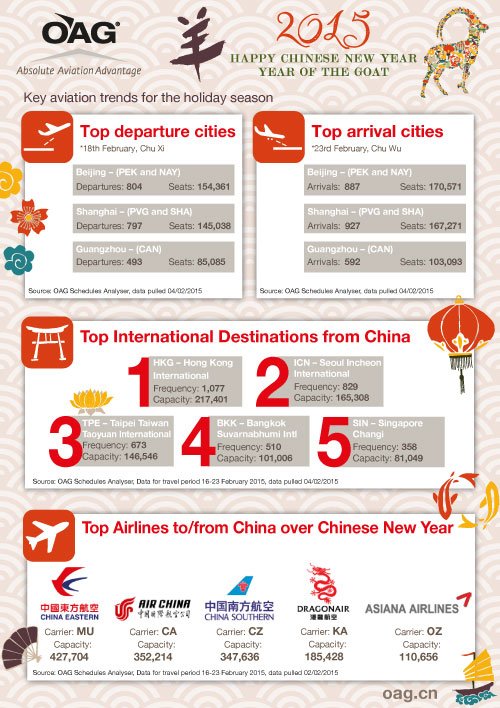