London has overtaken Bangkok as the number one tourist destination in the world, according to a recent report by Skift.

The English capital received a total of 18.69 million visitors in 2014, over a million more than the previous year. London has overtaken Bangkok as the number one tourist destination for 2014, receiving over two million visitors more than the Thai capital. In 2013, Bangkok received a total of 18.46 million, though this slipped to 16.42 million last year, allowing London to grab the top spot.

It was the French capital of Paris that regained third place in 2014, after ranking the same in 2013. Overall, the ‘city of love’ received a total of 15.57 million visitors, up a mere 1.8 percent from the previous year. Singapore, Dubai and New York ranked fourth, fifth and sixth respectively. The city to receive the greatest increase in visitors was Istanbul, which registered a 21.34 percent growth in 2014 compared to the previous year, according to the report by Skift. 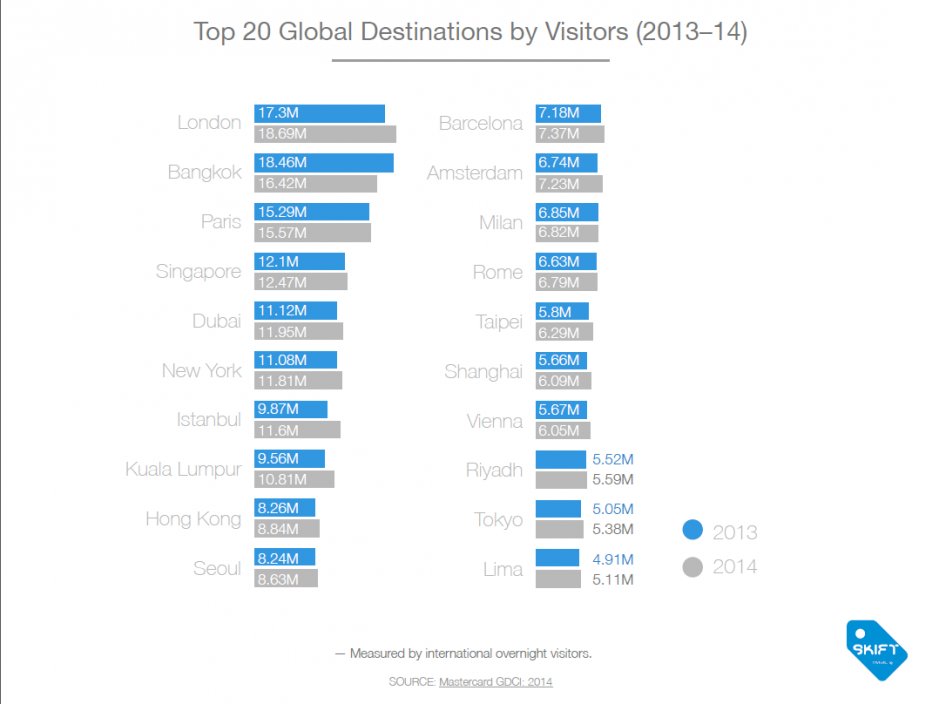 London remains on top in terms of the top 20 global destinations by visitor spend in 2014, with an overall sum of $19.3 billion - over two billion more than the year previous. New York ranks a close second with a total of $18.6 billion, and Paris ranks third again, with a total of $17 billion. The Asian region ranks in fourth, fifth and sixth with Singapore, Bangkok and Seoul positioned respectively.

In terms of the fastest-growing countries in travel, the report by Skift highlights both Asia and Africa as up-and-coming destinations, with five countries in Asia and four countries in Africa within the top ten.

Namibia in Africa ranked top, and China ranked second, with Montenegro - the only European country in the list ranking third. 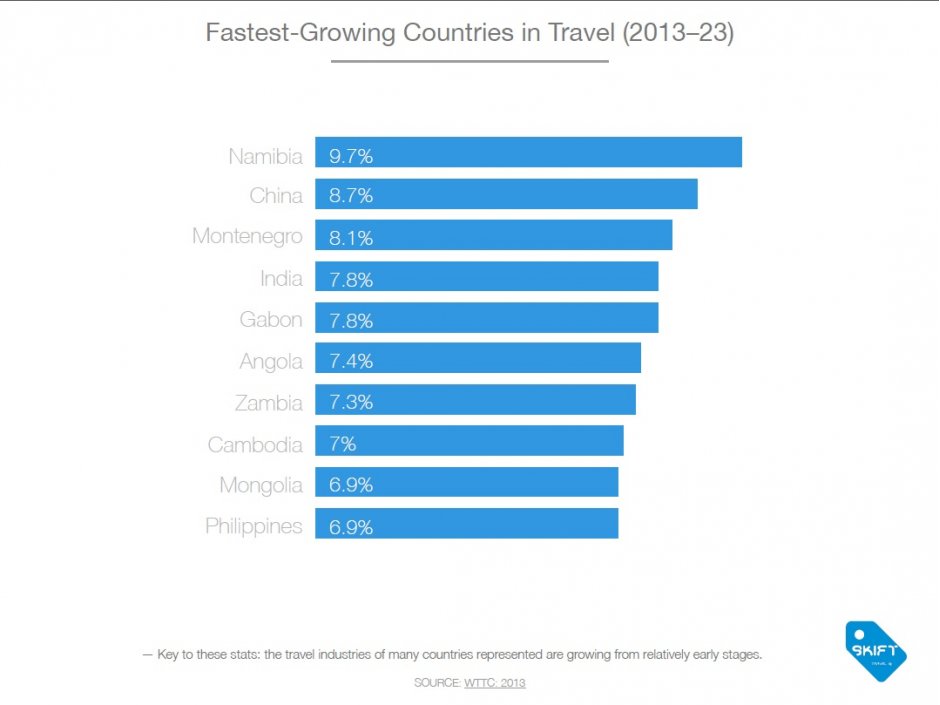