Bristol Airport and Liverpool John Lennon Airport have this week revealed the key role the Routes Europe forum has played in recent new routes introduced to the two UK airports. Senior management from both airports will be attending this year’s event in Aberdeen with colleagues from local development agencies as they seek to further enhance connectivity.

Bristol Airport has joined forces with Destination Bristol to promote the West of England to airlines and airports from across the globe and as well as attending face-to-face meetings with airlines, Bristol Airport will be hosting an exhibition stand at the event.

This is the third year running that Destination Bristol has attended Routes conferences with the airport and meetings in previous years were “instrumental” in securing last summer’s twice-weekly Scandinavian Airlines (SAS) service from Stockholm which brought hundreds of high-spending Swedish visitors to the city. The number of foreign residents using Bristol Airport has almost trebled in the last decade, with over a million journeys made by overseas visitors from a variety of countries in 2014.

“Routes Europe is an important date in our calendar because it gives us the opportunity to meet with key decision-makers to make the case for new routes. Inbound tourism is a vital part of the passenger mix for airlines, so having the support of Destination Bristol helps us to demonstrate the strong tourism offer we have for visitors to the West of England. We are confident we will be able to work together to secure new routes which will benefit the region,” said Shaun Browne, aviation director, Bristol Airport. 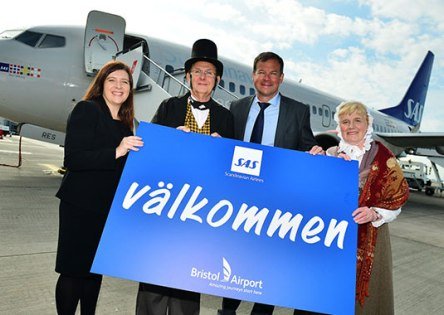 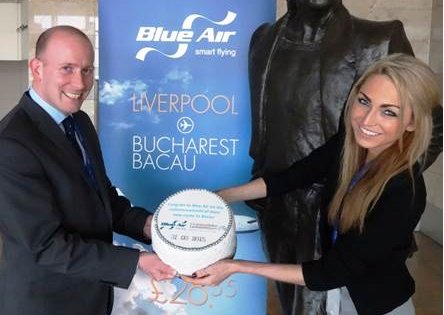 Liverpool John Lennon Airport also sees the important value of working with local partners to showcase the City Region to senior airline officials during meetings at the event. The airport, together with Marketing Liverpool, has meetings with senior officials from 16 airlines already confirmed.

Marketing Liverpool will also have a stand at the conference to showcase all the attributes of the Liverpool City Region to delegates, whilst Liverpool Football Club have kindly provided their Champions League trophy to be put on display for delegates to view too.

Liverpool Airport officials describe Routes Europe as “one of the most cost effective ways to build relationships with airlines from all over Europe and to promote the Airport and the city region to the aviation industry” and confirm it was at last year’s event in Marseille that the Airport took the opportunity to meet with Romanian airline Blue Air for the first time.

Further discussions and agreement followed, with the airline commencing a three times weekly service from Liverpool to Bucharest in December 2014 and a twice weekly service to Bacau which started just last week.

“Liverpool John Lennon Airport is an extremely important asset to the city region’s aspirations to grow its economy. It has been striving to attract more routes and recent successes such as the new Flybe route to Amsterdam provide a massive boost to our visitor economy and inward investment prospects,” said Chris Brown, director, Marketing Liverpool

However there is a lot more potential here and, together, we will use these wins as a springboard to create further opportunities, which is why our joint attendance at Routes Europe is so important,” he added.