It was announced today, during a press conference in Belfast that Routes Europe will return to the United Kingdom in 2017 when the 12th Routes Europe takes place 23-25 April 2017 in Belfast at the Waterfront Conference Centre which will complete its state of the art £30 million extension in the summer of 2016. The event, which is the largest regional Routes event, will be hosted by Invest  Northern Ireland and Visit Belfast and supported by a wide range of stakeholders including; Tourism Northern Ireland, Tourism Ireland, Belfast City Council, Belfast International Airport and George Best Belfast City Airport.

Routes Europe is the essential annual gathering for air service development professionals wishing to conduct business to, from and within the European region. This will be the second time that Routes Europe has taken place in the UK, following this year’s successful event in Aberdeen earlier this month. Over 1,200 delegates are expected to attend the event in 2017, including representatives from the region’s leading airlines, airports, tourism authorities and other industry stakeholders.

“Hosting Routes Europe in Belfast in 2017 provides us with a rare opportunity to bring influential decision makers into the region and showcase Northern Ireland’s tourism and business potential,” said Enterprise, Trade and Investment Minister Arlene Foster, continuing: “This conference has the potential to accelerate route development for Belfast and Northern Ireland with previous hosts of Routes Europe confirming up to six new routes after hosting the event. This will benefit business, tourism and the aerospace sectors. The three-day conference will attract more than 1,200 European and international delegates bringing an economic benefit to Belfast worth over £1.3 million. Longer term benefits will come from the extensive international PR coverage for Belfast and Northern Ireland that it will generate, which will enhance our profile as a tourism destination and as a location for hosting large-scale international events.”

“We are delighted to announce that Belfast will be our host city for the 12th Routes Europe in 2017.  Delegates will be exposed to the business and tourism opportunities that exist in Northern Ireland and our hosts will have the opportunity to showcase the unprecedented £300m tourism infrastructure investment of recent years to the Routes community,” commented Gerard Brown, Head of Future Hosting, Routes for UBM EMEA, who went on to say: “To have our audience of over 1,200 of the European aviation industry’s most senior decision makers attend Routes Europe 2017 in Belfast, will help to deliver on the ambitious air service targets within Northern Ireland’s economic growth strategy. Belfast has shown that it can deliver on world-class events and the Belfast partners demonstrated a highly unified and aligned approach in their bid to host the event. We look forward to working with them towards Routes Europe 2017 and are confident that our delegates will enjoy the unique and genuinely warm hospitality for which the city is renowned.”

Belfast is the capital and largest city of Northern Ireland, and is the second largest on the island of Ireland. Known for its history and culture, Belfast is a thriving city with a population of just over 280,000. The city has bloomed as a destination over the years and is now emerging as a rapidly developing business and leisure destination as it moves away from its historic industries such as shipbuilding to develop as a centre for the arts, higher education, business, and law.

Northern Ireland is fortunate to have three airports; in Belfast, George Best Belfast City Airport (less than 2 miles from the city centre) and Belfast International Airport (17 miles from the city centre). City of Derry Airport is also the main gateway to the North West region for both business and leisure traffic (70 miles from Belfast). Passenger numbers have been on the rise for the past three years and could actually reach a decade high in 2015 as both Belfast International Airport and George Best Belfast City Airport welcome a number of new air services. 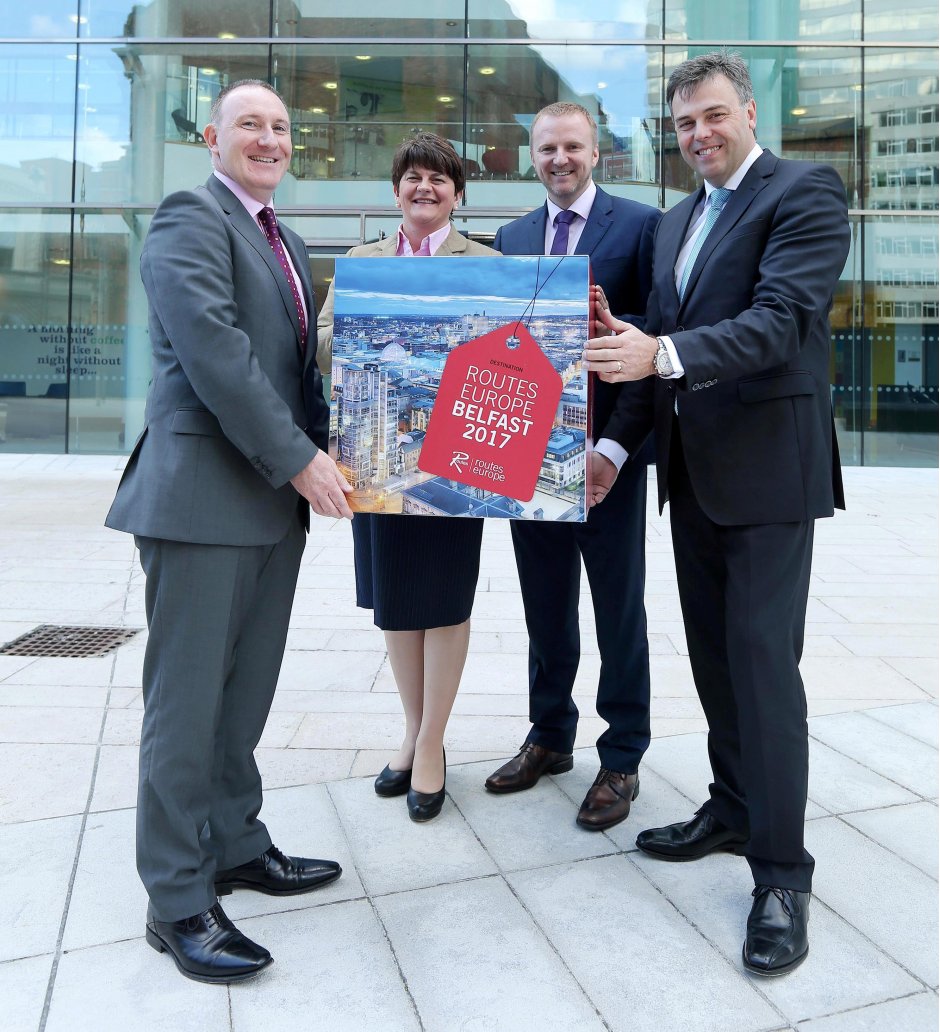