This week charter provider Germania has introduced an Airbus A321 to its London operation thanks to growing demand over the past two years. The aircraft arrived at London Gatwick on May 13, 2015 and will be operated by charter partner Olympic Holidays on flights to Corfu, Crete, Rhodes, Kos, Zante, Skiathos and Kefalonia in Greece.

Germania first offered flights from the UK early in 2013 utilising one Airbus A319 and one B737-700, and added the third aircraft late in 2013. The airline, headquartered in Berlin, currently offers scheduled direct flights from Gatwick to Erfurt, in Germany, and Pristina, in Kosovo, part of a network of 140 destinations across Europe, North Africa and the Middle East served by a fleet of 22 aircraft – ten Boeing B737-700s, seven Airbus A319s and five Airbus A321s.

“We are delighted to see our latest Airbus A321 arrive at Gatwick, where it will assist Germania’s sustained growth within the UK market,” said Jerome Newton, director of sales for the UK, Ireland and France, Germania. “We are particularly pleased that the aircraft for Olympic Holidays will be based at Gatwick Airport, which is the centre of Germania’s UK operations and just minutes away from the airline’s UK headquarters.

Established almost 50 years ago, Olympic Holidays is among the UK’s leading Greece and Cyprus Holiday specialists, operating to 34 Greek Islands and 12 Cyprus resorts, as well as Turkey. The company also operates to other Mediterranean and North African destinations, and arranges holidays for over 300,000 people every year. 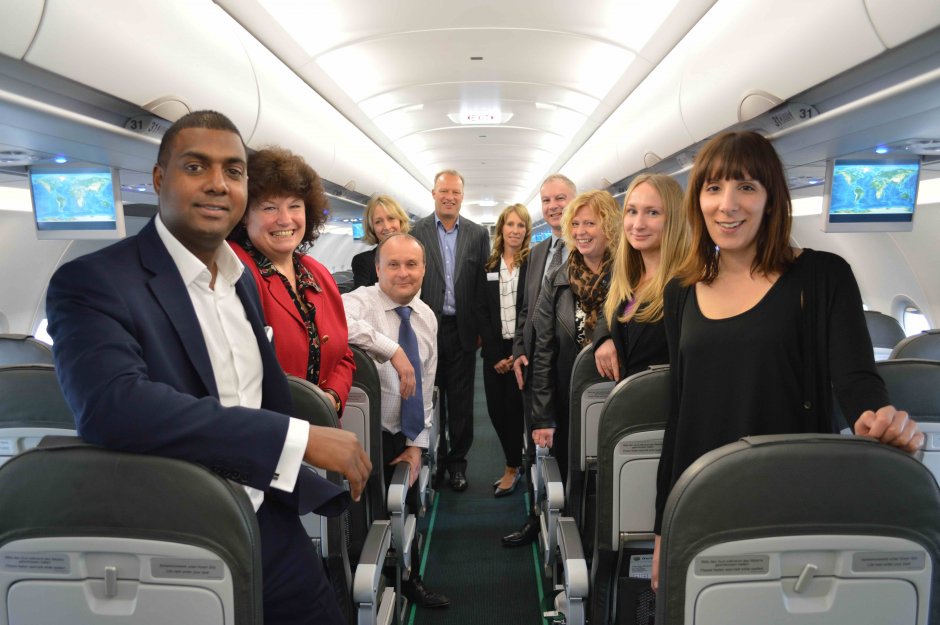 Germania’s Airbus A321 is configured with 215 seats and fits well into the European charter market, a key sector in the airline’s wider business offering. The carrier first introduced two brand new A321s into its fleet in November 2013 and March 2014 and complemented them with three leased second-hand models, arriving in March 2014, April 2014 and July 2014.  The Gatwick based jet entered service for Olympic Holidays on May 15, 2015 with a morning departure to Skiathos

“We welcome the new A321 aircraft at Gatwick Airport – it is always great to see our airlines grow their operations here. Gatwick is committed to providing passengers with a great choice of destinations, and a great flying experience and we look forward to welcoming more Germania passengers through the airport,” said Simon Edwards, business development manager, London Gatwick Airport.