European low-cost carrier, Wizz Air has announced that it will open its 22nd base in Debrecen in Hungary from December.

The airline will base a new Airbus A320 at the airport which is already served by Wizz Air flights, making Debrecen the airline’s second Hungarian airport with base operations.

The new aircraft will increase the number of routes served from Debrecen to six, with Wizz Air adding a total of three new routes to Paris Beauvais, Brussels Charleroi and Malmo, all of which will be operated twice weekly. Frequencies on its existing Debrecen services to London Luton and Eindhoven will also be increased.

“Today I am pleased to make this major announcement for Hungary and the Hajdú-Bihar county. Our Debrecen operating base will make East-Hungary more accessible, further boost tourism and foster economic development in the region. We will create a number of local jobs with Wizz Air and our business partners while doubling our capacity from Debrecen Airport,” said József Váradi, CEO of Wizz Air

Wizz Air’s new aircraft will also increase annual seat capacity from the airport by 136 percent to 145,000 seats per year.

The airline has recently celebrated its eleventh anniversary with a refreshed brand and livery, including new fare types, website upgrades, Wizz Tours package holidays, new interior on A321 aircraft from November, new uniforms, and new livery on deliveries of A320 and A321 aircraft. 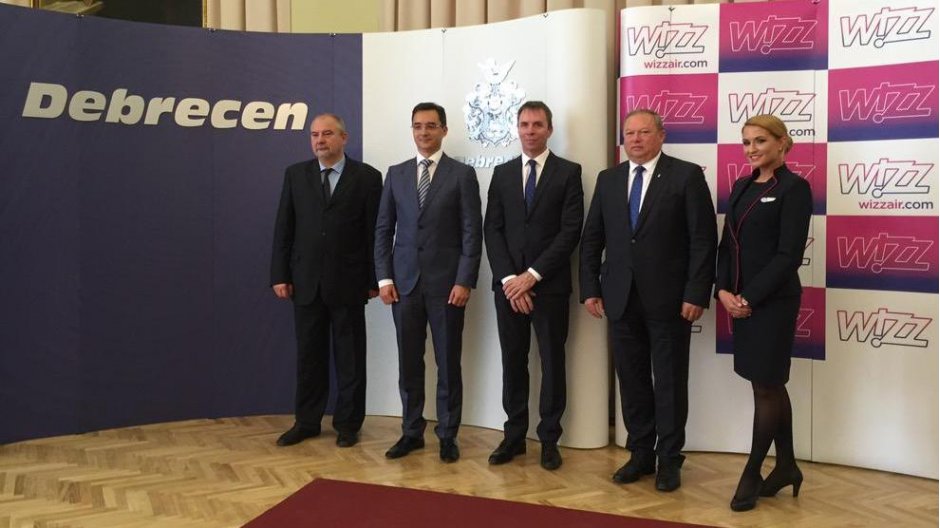 Founded in September 2003, the first Wizz Air flight took place from Katowice, Poland on May 19, 2004. In its first 11 years, the airline has carried over 90 million passengers, operating a total of 59 aircraft with more than 380 routes in 38 countries.

“The launch of our refreshed brand is another one of our many measures to constantly improve passengers’ travel experience. We are very excited to launch our new livery on both the A320 and our new A321. We remain focused on developing our pan-European network of routes and look forward to welcoming returning and new customers on board,” added József Váradi.