Zimbabwe start-up carrier, Rainbow Airlines, this week operated a first demonstration flight between its base at Harare International Airport and the small town of Kariba, the centre of the tourist industry for the Lake Kariba region in the north of the country alongside the Zambian border.

The flight on July 21, 2015 is part of a package of milestones ahead of its proposed entry into the busy Harare – Johannesburg scheduled market next month. It will continue to operate demo and training flights on this route through to the end of July 2015, according to a schedule on its website with fares from just $1 each way.

Rainbow has acquired a single Boeing 737-300 to support its initial network plans. The 21 year-old aircraft was delivered to China in July 1994 and operated by China Xinjiang Airlines and Shenzhen Airlines until the start of this decade when it was imported to South Africa. It has subsequently served with the low-cost carrier Velvet Sky, South African Express Airways and most recently with South African Airways’ low-cost Mango business. 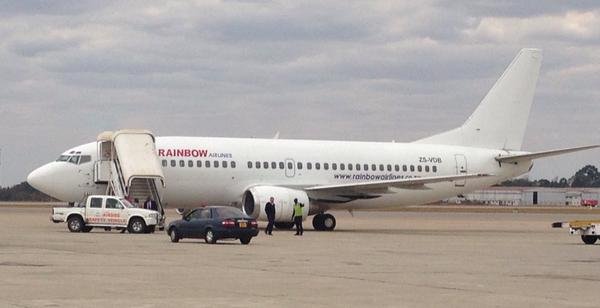 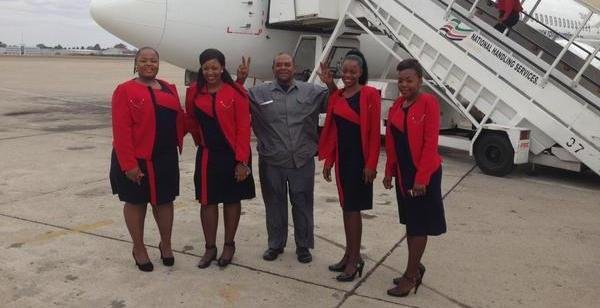 The start-up carrier plans to operate a daily schedule between Harare and Johannesburg with morning departures from the Zimbabwe capital and an evening return service from South Africa. It will enter a market already served by Air Zimbabwe, Comair (under the British Airways brand), South African Airways (SAA) and recent entrant flyAfrica.

Our analysis of OAG Schedules Analyser data for August 2015 shows that up to nine flights each way a day are already available between Harare and Johannesburg offering around 1,000 seats in each direction. Air Zimbabwe and Comair both offer daily schedules, FlyAfrica operates two daily rotations (except Saturdays), while SAA has up to five flights per day.

Despite the current activity on this route, Rainbow Airlines believes it can differentiate itself from the mix of low-cost and full service carriers currently operating on the city pair. Its flight schedule is similar to that currently offered by Air Zimbabwe and designed to support the outbound business market from the country.

“There is a niche in the market that Rainbow Airlines seeks to serve which is expected to yield good returns for the business. It will occupy the middle market position. The domestic routes are currently being under serviced due to the unreliability of competitor airlines especially and this gives Rainbow Airlines an opportunity to exploit this gap,” said an airline spokesperson.

“Rainbow Airlines would like to be the answer to the frustrations and inconveniences that the market has suffered due to the unreliability and poor customer service from some of the competitor airlines,” they added.

Demand data from Africa is not always the most reliable, but our analysis of Sabre Airport Data Intelligence segment demand data suggests that between 300,000 and 400,000 bi-directional passengers a year are flying between Harare and Johannesburg. Last year was the highest level over a ten-year period with growth of 28.2 per cent versus 2013 thanks to the arrival of flyAfrica and strong traffic growth from Comair (up 26.9 per cent) and Air Zimbabwe which trebled passenger numbers on the city pair, reaching its highest level since 2007.