Durban’s new icon, Moses Mabhida Stadium is the venue for the World Routes Networking Evening. The multi-use stadium has hosted the 2010 FIFA World Cup and the 2013 African Cup of Nations and regularly hosts other major international events, attracting visitors from across the globe. It’s also the perfect place for a bit of urban adventure. Take a trip on the Sky Car or make the 550 step adventure walk to the top of the arch and enjoy panoramic views of the Indian Ocean and Durban.

World Routes' official venue is the Durban International Convention Centre (Durban ICC) a world-class facility renowned for successfully staging some of the world’s most prestigious and complex events. The multi-award winning centre has been voted Africa’s Leading Meetings and Conference Centre by the World Travel Awards no fewer than 13 times and has been rated amongst the World’s Top 15 convention centres by AIPC. Opened by former president, Nelson Mandela in 1997, the Durban ICC was South Africa’s first International Convention Centre and has played a pioneering role in attracting international events to Durban's shores since its inception. 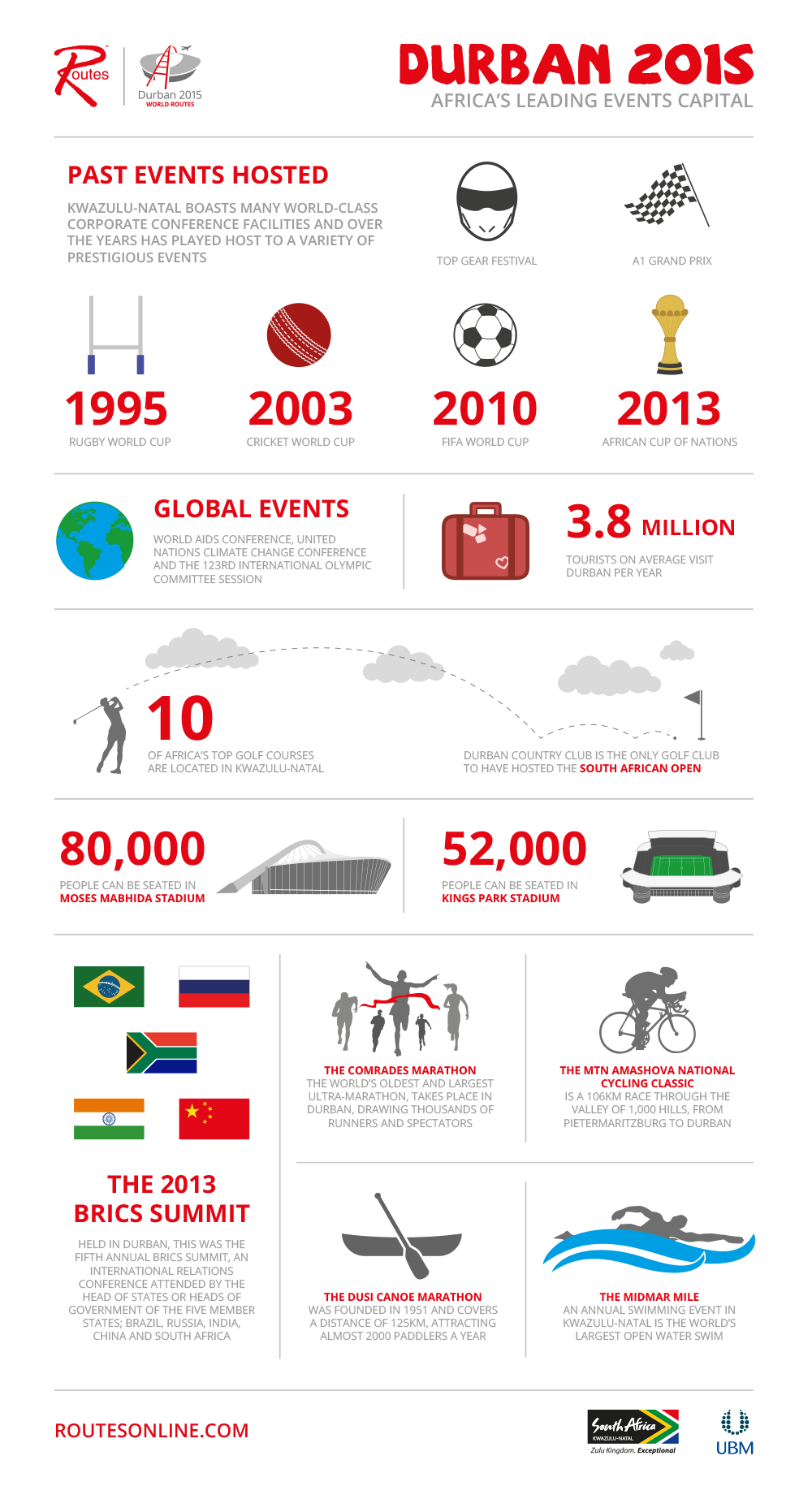