The UBM EMEA Routes team were pleased to be to able to team up with a couple of local Durban charities supported by this year’s World Routes hosts in the KwaZulu-Natal province of South Africa and to present them with a range of goods donated by the team and event exhibitors as well new products bought using money raised through fundraising activities.

A large box of clothes, a large box of toys and another box of exhibitor items was presented to the Lily Of The Valley Children’s Village, which is an orphanage, supporting children either with HIV or orphaned by losing parents to HIV that is based near to Durban.

The facility is currently home to about 105 children ranging in age from infant to 21 years of age and it works to nurture the children to wholeness, receiving the best and most empowering education possible, and ultimately see them grow up into leaders that can serve the communities from which they came. It has the belief that by providing a loving home for these few, it can contribute to breaking the orphan cycle in local communities made so severe by poverty, HIV/Aids, crime, and abuse.

“The children’s clothes were purchased from charity shops in Manchester using the proceeds of our office Cake Bake Competition and Sale, which raised over £100, and the toys and books were donated by the team.  Everything else was collected onsite and donated by exhibitors and we thank everybody for their kind-heartedness in supporting these good causes,” said Melanie Page, Host & Project Manager – Routes & Airport Cities.

Meanwhile, a donation of exhibitor gifts including toiletries, t-shirts, baseball caps, Scotland badge pins and ornaments was handed-over to TAFTA for delivery to an Elderly Care Home facility in Durban.

TAFTA's Mission is to alleviate distress and promote the wellbeing of older persons in Durban encouraging older persons to live as independent members of the community for as long as possible, and to care for those who are no longer able to look after themselves.

“I would like to take this opportunity to thank you and your team for the wonderful donation of assorted goods,” said Nicolette Modicka, Senior Manager: Income Development & Public Relations for the Association of the Aged.  “Your support is a welcomed assurance that there are still generous, kind-hearted people to whom the plight of the elderly does matter.”

The fundraising is not over for the Manchester-based UBM EMEA Routes team and it is still collecting any foreign coins for donation to Francis House, as well as any unwanted toiletries, which will go to Barnabus, both of which are charities that serve to help and support vulnerable people within the Manchester community.  Francis House provides care for children and young adults with life threatening conditions, while Barnabus is a Christian charity based in Manchester dealing with the homeless and socially deprived.

“We will also have another iVolunteer day doing sewing or decorating of our toiletry washbags in November as we will be filling them with our already large collection of toiletries to give as Christmas gifts to the homeless of Manchester supported by Barnabus, as we did last year,” added Page. 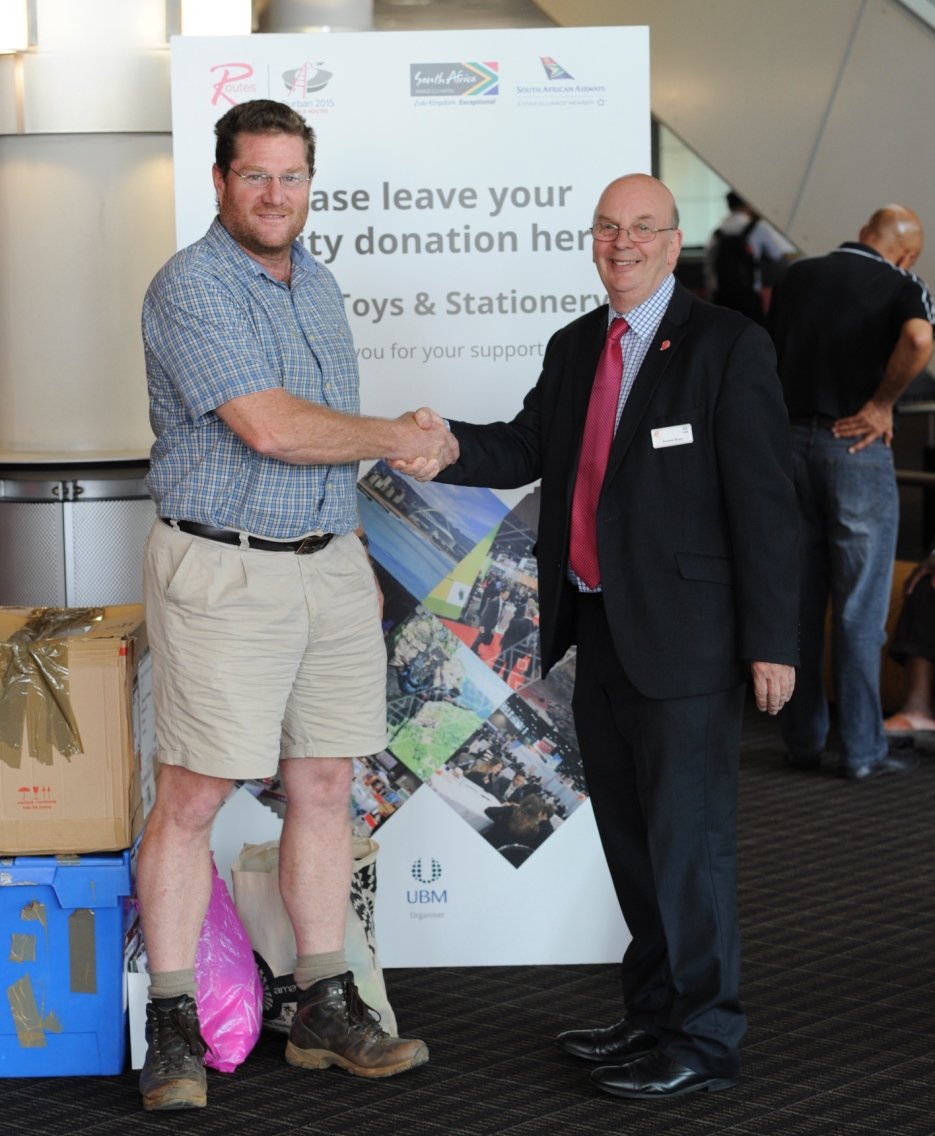