This year’s Routes Americas host, Denver International Airport, has enhanced its connectivity to the US west coast with the arrival next year of Virgin America flights from San Francisco and a major multiple daily offer from Delta Air Lines from Los Angeles.

Silicon Valley-based Virgin America will begin daily non-stop services to Denver from San Francisco starting March 15, 2016, the 24th destination in the carrier’s US network. The airline will offer up to three daily flights on the route using 149-seat Airbus A320 equipment with three-classes of service.

“The addition of a new domestic airline to Denver International Airport will provide expanded benefits to our community by enhancing our competitive domestic market,” Denver Mayor Michael B Hancock said. “Virgin America has shown that it is committed to building relationships with the communities it serves, and we’re excited to welcome them as a partner.”

With more than 860,000 passengers travelling between San Francisco and Denver annually, it is the largest market from San Francisco that Virgin America does not currently serve and, according to the carrier, is the most requested new destination by the airline’s high-tech corporate accounts.

“Denver is of course a world-class leisure travel destination, but its booming high-tech economy has also made it the number one requested destination by our Silicon Valley-based corporate clients,” said David Cush, President and Chief Executive, Virgin America.

“We hope that our upscale product and friendly service will help keep travellers more comfortable en route to the Mile High City. We are looking forward to bringing a breath of fresh airline competition to this important market and to building strong community ties with the City of Denver and State of Colorado,” he added.

The Denver – San Francisco market is currently served by Frontier Airlines, Southwest Airlines and United Airlines which together this month offer between 114 and 124 weekly frequencies in each direction offering between 36,000 and 39,000 departure seats into the market.

In the first six months of this year an estimated 2,479 O&D passengers a day flew on this city pair, down 10.1 per cent on the same period last year. United Airlines is the dominant carrier with a 49.6 per cent share of the point-to-point market ahead of Southwest Airlines (26.8 per cent) and Frontier Airlines (19.8 per cent).

Meanwhile, SkyTeam alliance member, Delta Air Lines will add a five times daily link to Denver from Los Angeles International Airport beginning June 1, 2016, closing a key gap for its corporate customers in Los Angeles. The route will be operated for the US major by Skywest Airlines using a Bombardier CRJ900. 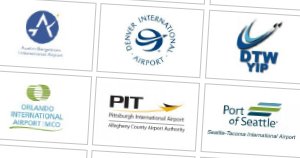 Find out who else has already registered for Routes Americas in San Juan, Puerto Rico, 17-19 February 2016.

The Denver – Los Angeles market is currently served by American Airlines, Frontier Airlines, Southwest Airlines, Spirit Airlines and United Airlines which together this month offer around 150 weekly frequencies in each direction offering over 40,000 departure seats into the market. Ultra-low-cost carrier Spirit Airlines provides a daily operation while the others all have multiple daily frequencies.

In the first six months of this year an estimated 2,635 O&D passengers a day flew on this city pair, up 3.1 per cent on the same period last year. Southwest Airlines is the dominant carrier with a 31.9 per cent share of the point-to-point market ahead of United Airlines (29.6 per cent) and Frontier Airlines (17.1 per cent).

Alongside supporting this demand and further stimulating the market, Delta's Denver service will also provide one-stop connecting service to several key international destinations via its developing operation at Los Angeles International Airport, including Sydney and Brisbane through Delta's partnership with Virgin Australia as well as Tokyo-Haneda and its new route to Shanghai.

"We are relentless in our pursuit of becoming the airline of choice for Angelenos, and Denver is a key addition to our growing portfolio on the West Coast," said Ranjan Goswami, Vice President – Sales-West, Delta Air Lines. "With five daily flights and our recent investments in T5, Delta has a very competitive offering for customers travelling between Los Angeles and Denver."

Denver International Airport has had a strong year post hosting Routes Americas and recently announced the return of an important European hub link to Munich with Lufthansa. Earlier this month it announced record traffic with the busiest September in Denver aviation history.

“Denver’s continued economic growth led to major upticks in air travel to and from Denver in September,” said Kim Day, Chief Executive Officer, Denver International Airport. “Looking ahead to the busy holiday travel season, we expect to end the year in a strong position with projected record-setting passenger traffic for the months of November and December.”