Central and Eastern European low-cost airline specialist, Wizz Air is to add two new European capital cities to its network as it expands its route network from Macedonia with three new routes from Skopje’s Alexander The Great Airport.

The carrier will launch its first flights to Bratislava, Slovakia and Copenhagen, Denmark, as well launch a new route to Berlin Schoenefeld as it reinforces its position as Skopje’s principal carrier and Macedonia’s de facto national carrier. All three routes will be operated on a twice weekly frequency with flights to Berlin commencing from March 21, 2016; Copenhagen from March 22, 2016 and Bratislava from March 28, 2016.

This will be the first scheduled route between Macedonia and Slovakia and will resurrect a link into Denmark that was last served by SAS Scandinavian Airlines over ten years ago in March 2005.

Wizz Air introduced operations in Macedonia in June 2011 with flights between Skopje and London Luton and is now offering a total of 24 routes to eleven countries from Skopje and Ohrid. 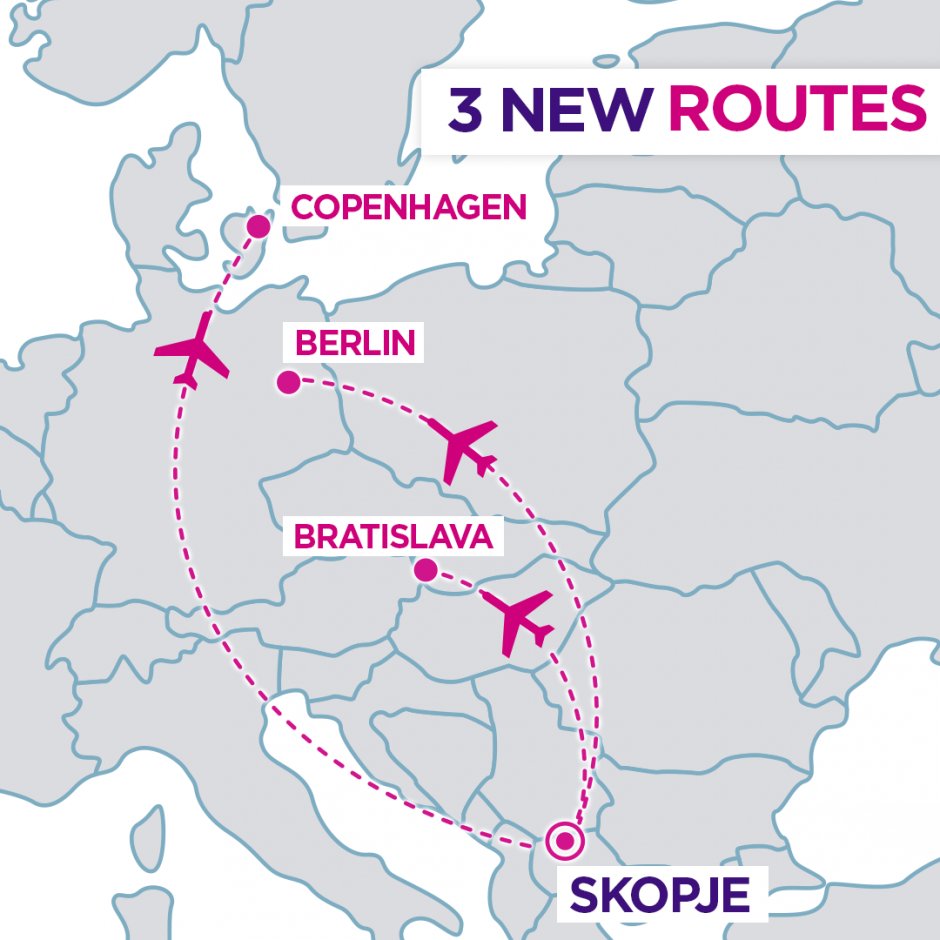 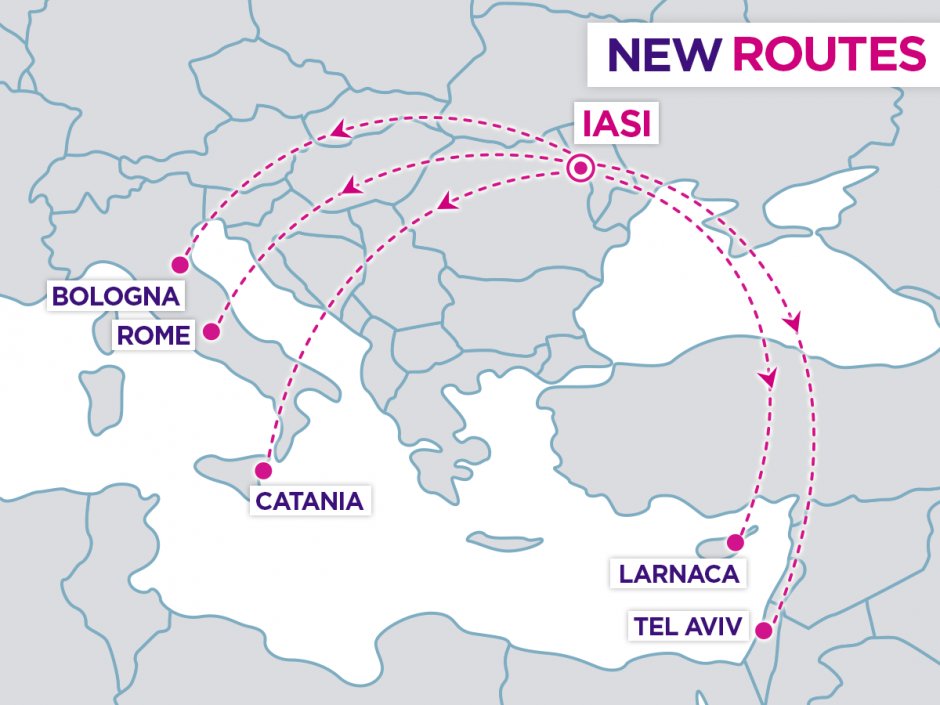 Elsewhere, Wizz Air has confirmed it will open a new base at Iasi International Airport, its sixth in Romania. The airline will station a single A320 in the largest city in eastern Romania to increase the number of routes served from Iasi to eight and will triple the seat capacity to 265,000 in 2016. The airline hopes this will stimulate the local job market in aviation and tourism sectors as consumers will have access to more low cost routes.

The new aircraft will facilitate the introduction of a three times weekly link to Bologna and twice weekly services to Catania, Larnaca, Rome Ciampino and Tel Aviv from the start of July 2016. It will also allow frequencies to Milan Bergamo to increase from two to three a week, adding to the significant growth of the Iasi – London Luton route which will grow from two to five weekly rotations from the end of March 2016.

Wizz Air first launched flights in Romania in 2007 and now offers a total of 106 Romanian routes to 16 countries from eight Romanian airports.

“We put Iasi on the map of aviation a year ago and it will now become the sixth Romanian airport where we establish base operations,” said György Abrán, Chief Commercial Officer, Wizz Air. “We have constantly expanded our operations in Romania, developed regional airports, and this announcement once again underlines our commitment to the country.”

The latest expansion and the flights to two new European capitals will increase the Wizz Air network to 116 airports across 38 countries as it continues its rapid growth. Its departure capacity has grown at an average annual rate of 64.4 per cent between 2005 and 2104 from just over 2.5 million seats to almost 17.5 million last year. This year capacity will grow by an estimated 24.0 per cent to over 21.5 million departure seats.

Analysis of OAG schedule data shows that the airline’s top five country markets – Poland, United Kingdom, Romania, Italy and Hungary – account for a 58.0 per cent share of its capacity offering.