“For a true Bahamian experience all you need to do is relax, because on our island, life is easy. English is spoken, American dollars are on par with Bahamian dollars, the weather’s beautiful and people are friendly. What more do you need to know?”

That is the opening message on the website of the Nassau Paradise Island Promotion Board (NPIPB), a marketing consortium of 18 hotels in the Nassau, Cable Beach and Paradise Island resort areas in The Bahamas. Its member hotels range from eight-room family-run guesthouses up to international resorts with thousands of rooms and it faces the major challenge of meeting the needs of the members at both ends of the scale.

““NPIPB considers its airline partners to be our most important travel partners, and understands that a key component of our success in marketing our destination is through our relationship and partnership with them.”

The destination marketing group was recognised at this year’s Routes Americas for its initiatives working with airline partners to help bring more airlift to the idyllic Bahamas archipelago and secured the lucrative Overall Winner award ahead of other destinations and the region’s airports in the respected Routes Marketing Awards.

As one of the airline judges said of its activities: “NPIPB is the very best at promotion and marketing their destination. Their activities are targeted and successful as they carefully analyse the marketplace, the competition, and the success of their programmes. Fred Lounsberry and his team of professionals are a pleasure to work with, as they collaborate with the other stakeholders (Bahamas Tourism, Nassau Intl Airport, etc.).”

“NPIPB considers its airline partners to be our most important travel partners, and understands that a key component of our success in marketing our destination is through our relationship and partnership with them,” he explained.

“We recognise that airlift to our destination is built and retained through driving demand, and maintaining strong load factors and profit margins for our airline partners. Also, adding new service or expanding existing service requires a special partnership in which much of the financial risk must be the responsibility of the destination,” he added. 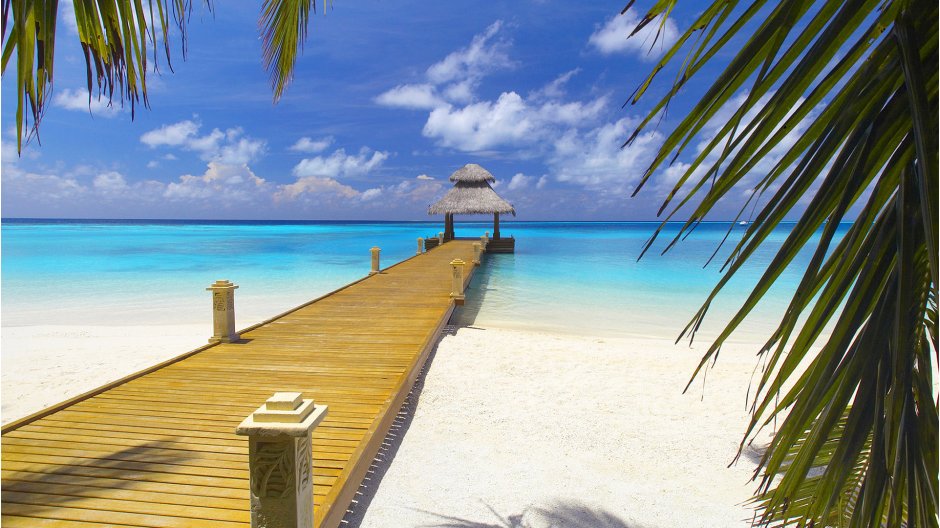 NPIPB has recognised that in addition to minimum revenue guarantee agreements, a significant financial marketing commitment is mandatory for success and Lounsberry noted that this needs to be executed by the destination in order to drive the demand for new service. One example of numerous agreements it has concluded with partner airlines included an agreement with JetBlue to upgrade its morning New York JFK – Nassau flight to add 40 more inbound seats per day. “This drove a $1.6 million incremental revenue impact to hotels in Nassau for the summer months,” he said.

Among the highlights of its marketing initiatives the past 12 months included a campaign which ran on national cable television in the United States and in spot markets and which ran for 19 weeks through the year. “TV remains an important tactic, as we see a 20 percent increase in web visitation directly tied to when we are on-air. Also, NPIPB supports new air service with TV and digital marketing,” said Lounsberry.

Other channels used last year included digital videos and target market television tags to support new services such as JetBlue’s new daily link from Washington Reagan and United’s non-stop from Houston, while a destination incentive provided a $250 Instant Airfare Credit. This offer was supported by all media (including television and online), and was offered through 20+ travel partners supporting air-inclusive packages. This offer generated over 20,000 bookings representing over 88,000 air seats and nearly 103,000 room nights to NPIPB’s member hotels.

Meanwhile, NPIPB partnered with Nassau Airport Development (NAD) and airlines operating from the US Pre-Clearance Terminal to fund the implementation of 20 US Customs and Immigration Pre-Clearance Automated Passport Kiosks at Linden Pindling International Airport (LPIA).

He highlighted that the ‘Getting Here’ section on the site is given major prominence as one of six primary navigation areas. “To a potential tourism visitor, knowing ‘how to get there’ can be equally important to them as ‘where to stay’,” added Lounsberry.

“We recognise that airlift to our destination is built and retained through driving demand, and maintaining strong load factors and profit margins for our airline partners.”

In the ‘Getting Here’ section, a potential visitor can choose from one of five regions of the world: the US, Canada, Europe, Latin America or Asia. From there, the visitor’s departing airport can be accessed via a dropdown menu, to ultimately deliver an interactive route map indicating non-stop, as well as connecting, flights.

Additionally, beneath each of the maps a visitor is provided with a list of partner airlines, including a text summary of their respective non-stop routes, and a direct link into the airline partner website to facilitate consumer need for checking flights and booking their airfare directly with the airlines serving Nassau Paradise Island.

"In 2015 we have connected over 42,000 consumers directly to our airline partners from NassauParadiseIsland.com,” said Lounsberry.

This year destination marketing will continue with the successful tactics of last year: TV, digital, PR, travel trade programs, strategically timed destination offers, etc., and will support the additional airlift, and will integrate the plans of all stakeholders, according to Lounsberry.

NPIPB’s continued close airline relationships are “critically important”, said Lounsberry, as it plans the airlift needs to Nassau Paradise Island for 2,200 additional rooms (which represents a 25 percent increase in rooms and visitors to the destination). Although the opening of the four new properties has been delayed, these rooms could potentially come online later this year and it is important that air capacity is available to support the increased supply.

“This dictates that we maintain close relationships with all of our airline partners, plus development of new routes, new markets and new partnerships in order to ramp up to an estimated 300,000 seats per year when all rooms are fully online,” he added.