Icelandair serves routes to the likes of New York, Orlando and Seattle. Chicago O’Hare International Airport has recently been announced as part of the airline’s network, with services commencing on March 16, 2016 – Montreal will be served from May 19, 2016. Within Europe, Icelandair will fly to Paris Orly beginning from March 29, 2016.

Carol Benzie, managing director, Aberdeen International Airport said: “We are very excited about the arrival of Icelandair at Aberdeen and we’re confident that the new service is going to be incredibly popular, both amongst our leisure and our business travellers. Aberdeen is also an enticing destination for the North American market, and this route opens up new links to cities such as New York, Toronto and Chicago.”

Minister for Transport and Islands, Derek Mackay said: “Following devolution of powers over Air Passenger Duty (APD) to the Scottish Parliament, we will look to attract more direct services to Scotland’s airports by beginning to reduce the burden of APD by 50 percent from April 2018, and abolishing it entirely when public finances allow.”

The service is being operated by Air Iceland on behalf of Icelandair, a subsidiary of Icelandair Group. It will use a Bombardier Q400, seating 72 passengers and offering two cabins of travel – Economy and Economy Comfort.

Expansion is also on Aberdeen International Airport’s radar. In February, it was announced that £20 million will be invested into increasing the size of the current terminal building – making it the largest investment in the airport since 1977. The three year project begins its first phase in May 2016, involving the construction of a two storey extension to the south of the existing terminal building, increasing the building by 50 percent.

Of the multi-million pound investment, First Minister Nicola Sturgeon said: “This investment by Aberdeen International Airport and its owners shows great ambition and confidence in the Airport's future in preparing for projected growth. By increasing capacity and improving the passenger experience, the Airport is making a clear statement of intent and the North East and Scotland will see the benefit.” 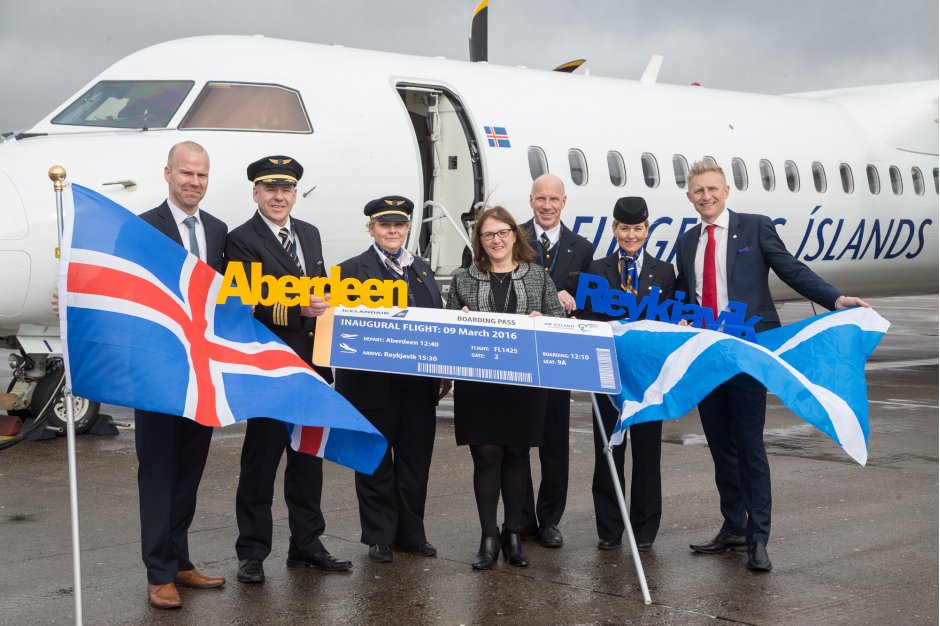