The aviation landscape continues to change across the globe. We have seen the arrival of low-cost carriers, new hub operators in the Middle East, consolidation and the reinvention of the traditional legacy airlines, to name just a few of the recent developments, but one thing has remain constant, the undeniable potential to develop new air connectivity across the vast African continent.

In fact, industry body International Air Transport Association (IATA) has forecasted that seven of the ten fastest growing passenger markets over the next 20 years will be in Africa - Malawi, Rwanda, Sierra Leone, Central African Republic, Tanzania, Uganda and Ethiopia. The study shows plainly that Africa is set for strong expansion in air connectivity. IATA expects passenger growth to average 4.4% between now and 2034, but that remains based on a range of factors that continue to ground the sector from growing freely.

Africa is rich with breath-taking tourist sites and natural resources, ranging from minerals to oil and water. It is undoubtedly easier to travel and explore the African continent today than 20 years ago and infrastructure is improving in many regions enabling more visitors and a better business environment for corporations.

But, significant efforts still have to be achieved in specific regions where infrastructure, protectionism, high taxes, safety or regulatory issues continues to undermine commercial aviation and possibilities for efficient intra-African travel.

Growing direct air service possibilities is an absolute priority in Africa. Route development is a major function for economic development because it represents existing and future revenues, customers, and market viability. The fortune of a city, region or country can be enhanced, by relying upon a successful airline or airport strategy and enhanced relationships between the two sectors.

It is firm belief that African airlines can help unlock the continent’s tourism potential by introducing intra-African flights that enhance connectivity between various destinations and encourage domestic travel. The challenge for tourism for a long time has been the issue of connectivity and in Africa, more than anywhere else in the world, it is difficult to move easily from one country to another. 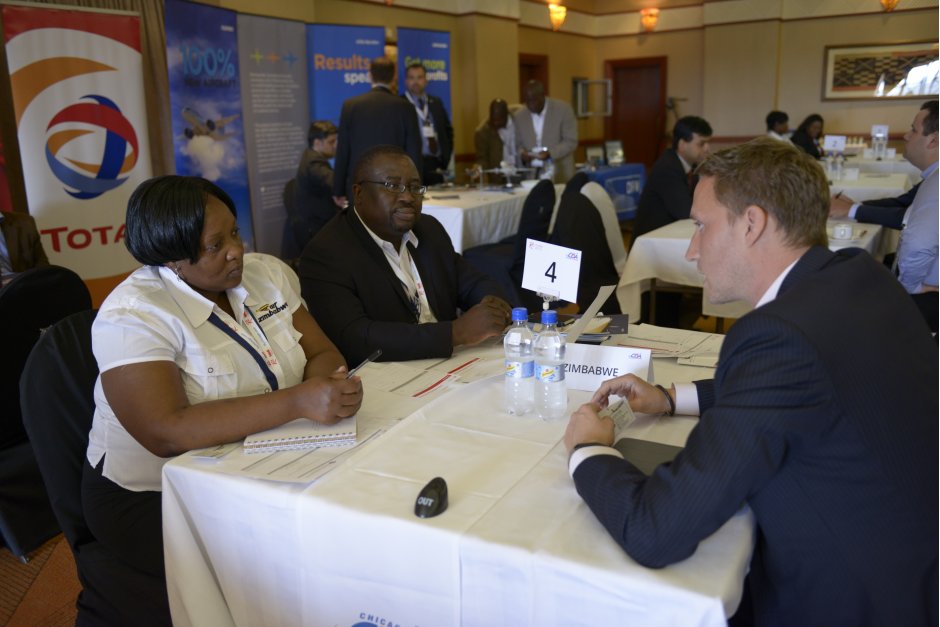 Routes has pioneered the concept of route development and were the first to bring route development to this region. The Routes Africa forums that have been taken place in the Continent for the last ten years have provided a platform for discussions between airlines and airports, as well as other stakeholders, bringing the key issues to the people that can influence change.

From its debut in Casablanca, Morocco in 2006 via events in Egypt, Senegal, Swaziland, Mali, Seychelles and Uganda to the hugely successful 2014 edition in Victoria Falls, Zimbabwe, which helped to facilitate fastjet’s entry into the country, the forum has helped to grow African connectivity.  The important role of the event in supporting the Africa aviation agenda has been endorsed by industry bodies such as ACI Africa and AFRAA who have supported the event for many years.

Discussions during and relationships built at Routes Africa have not just helped overcome the major issue of intra-African connectivity but also brought enhanced connectivity to the Continent from the rest of the world, firmly placing Africa on the global network map. This has dramatically reduced travel time to destinations across Africa from other parts of the world.

Last year Routes Africa shared the stage with the Middle East, highlighting the increasing role of the major Gulf carriers in facilitating intercontinental traffic in and out of Africa, as the landmark World Routes event made its debut on the Continent, hosted in Durban by the KwaZulu-Natal Province. The event is already showing its value to the continent with the recent launch of new Qatar Airways links to Doha and Turkish Airlines to Istanbul – both destinations offer numerous onward links across the world via the two carriers’ extensive networks.

In fact the event enabled the host city to tie-down a face-to-face meeting with the boss of Ethiopian Airlines which has directly resulted in the East African carrier resuming flights between Addis Ababa and Durban, further enhancing intra-African accessibility.

This year Routes Africa will take place in Tenerife in the Canary Islands off Africa's western coast, hosted by Tenerife Tourism Corporation. Although Tenerife is obviously not in Africa, its increased connectivity and strategic location to Africa makes it the ideal host for the forum as it enters its tenth year.

“We see Tenerife's future as island that is open to world and we must be outward looking. Enhancing air connectivity is essential for our future. We see a great opportunity for Tenerife to become future hub for air travel into parts of Africa and are working to strengthen ties with Africa, and dialogue on a Minister level really helps us to achieve these ambitions.”

Carlos Alonso
President of the Cabildo of Tenerife

The Canary Islands are one of the largest exporters to Africa, a market worth €227.42 million in 2014. The island is only a 45 minute flight away from Morocco, compared to a two and a half hour flight time to reach Madrid and Tenerife is hoping to reposition itself to become an international hub, given its close proximity to Africa and ever increasing passenger numbers. Tenerife Tourism Corporation are actively focusing efforts to increase connectivity to Africa by collaborating with airlines, African ministers and destination marketers.

“Africa is our closest neighbour and natural trading partner. A lot of companies from Tenerife have strong commercial ties in West Africa. There are over 200 companies from the Canary Islands operating on the continent and import/exports have doubled in the last ten years. There are lots of opportunities for our business community as Africa continues to develop,” said Carlos Alonso, President of the Cabildo of Tenerife.

We regularly hear talk about the need to develop a ‘United Africa’ to enable air transport to grow to its full potential and the need for enhanced connectivity and cooperation within the Continent. Part of the reason for Africa’s under-served status is that many African countries continue to restrict their air services markets to protect the share held by state-owned air carriers. This practice originated in the early 1960s when many newly-independent African states created national airlines, in part, to assert their status as nations.

Now, however, most have recognised that the strict regulatory protection that sustains such carriers, has detrimental effects on air safety records, while also inflating air fares and dampening air traffic growth and has actually led to the collapse of a number of flag carriers. Indeed, African ministers responsible for civil aviation themselves acknowledged this in 1999, when they adopted the Yamoussoukro Decision, named for the Ivorian city in which it was agreed. 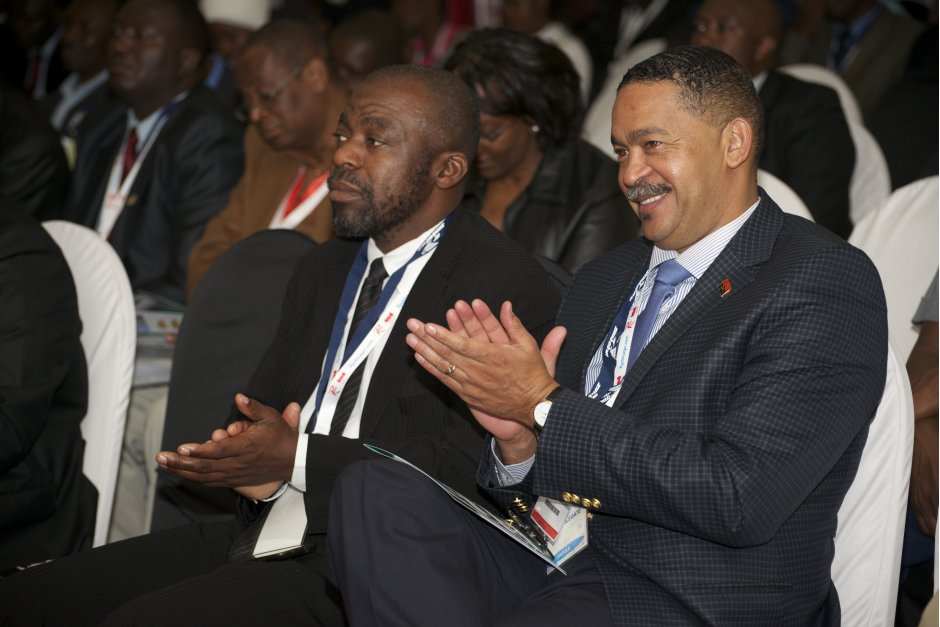 This commits its 44 signatory countries to deregulate air services, and promote regional air markets open to transnational competition and followed up on the Yamoussoukro Declaration of 1988, in which many of the same countries agreed to principles of air services liberalisation. In 2000, the Decision was endorsed by head of states and governments at the Organization of African Unity, and became fully binding in 2002 but progress has been slow.

Aviation already supports 6.9 million jobs and more than $80 billion in GDP across Africa, but research from InterVISTAS demonstrates that liberalisation will create opportunities for further significant employment growth and economic development. The additional services generated by intra- African liberalisation between just 12 key markets will provide an extra 155,000 jobs and $1.3 billion in annual GDP. The research suggests that a potential five million passengers a year are being denied the chance to travel between these markets because of unnecessary restrictions on establishing air routes.

Some have argued that opening up Africa’s skies will weaken African airlines, but more traffic and more services opens up greater opportunities for all. The growth of the low-cost carrier fastjet across African borders is a good example of the benefits new entrants can bring, enhancing the customer offer while also stimulating air traffic demand. The successful establishment by Ethiopian Airlines of a major hub in Addis Ababa and a wider African multi-hub development strategy spreading into west and southern Africa is a clear step to enhanced connectivity.

Experience from other parts of the world shows the aviation economy requires coordination involving all stakeholders to be successfully implemented. Airports, Tourism Boards, Civil Aviation Authorities, Ministries, Hotel & Tourism Associations, Investment & Trade Agencies, Partners & Suppliers, Financers, should all speak with one voice to develop air services and offer an attractive marketplace driving success to all countries and regions on the continent, 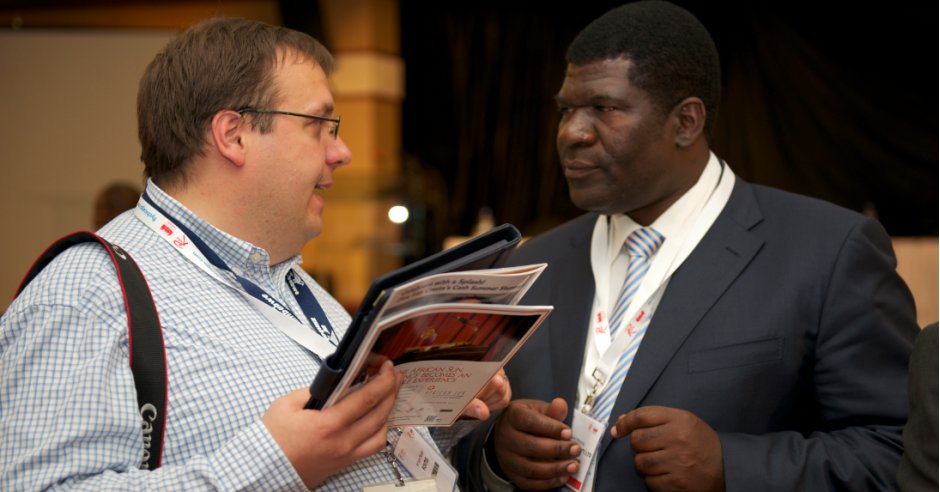 But, it is clear that Governments across Africa need to take the lead on air service development issues, but involve their stakeholders - airports, tourism authorities and airlines - to develop clear aviation strategies which are right for each country market. For some countries this may be to develop a major regional hub, for some it may be to develop a spoke strategy to ensure it is connected to the global hubs, whilst others may have an inbound leisure focus, or an aggressive low-cost strategy.

Africa covers more than 30 million square kilometers and is home to more than a billion people. Due to its challenging terrain, air transport is often the best—sometimes the only—way to connect the continent. Africa needs safe, efficient and affordable air transport links to make the most of its people and resources.

Whatever the outcome of ongoing discussions, a clear air transport strategy is required across the Continent and this should be based upon strong analytical evidence and must be implemented with precision. With a clearer aviation strategy the African aviation market will then be sure to enter a new dawn.

NOTE:  A version of this article first appeared in the Civil Aviation Authority of Zimbabwe's airport magazine.