The continued expansion of the Turkish Airlines global network will enhance connectivity into Eastern Slovakia from this summer after the hub carrier confirmed plans to introduce a new three times weekly link between Istanbul and the city of Košice.  The new link will commence from June 16, 2016 and will be flown using a mix of single-aisle equipment including Boeing 737-800s, Airbus A319s and A320s, subject to commercial demand.

The new flight will bring a significant number of additional one-stop connection opportunities from Košice International Airport via Istanbul’s Atatürk Airport.  Although the flight is initially launching on a three times weekly basis as the carrier tests the market, it is its ambition to grow frequencies in future schedules, as has been the case with many of the new markets it has introduced over the past few years.

“We believe that with the market demand we are going to have daily flights until the end of this year,” said Levend Arisoy, general manager Turkish Airlines in Slovakia.

Although the biggest city in eastern Slovakia, Košice has only seen limited air connectivity and currently relies upon links by Austrian Airlines to Vienna, Czech Airlines to Prague and LOT Polish Airlines to Warsaw to support its connectivity.  The airport has seen passenger numbers grow in each of the last three years (including a 15 percent rise in 2015), but demand still remains below a peak of over 590,000 passengers in 2008, highlighting the potential for growth. 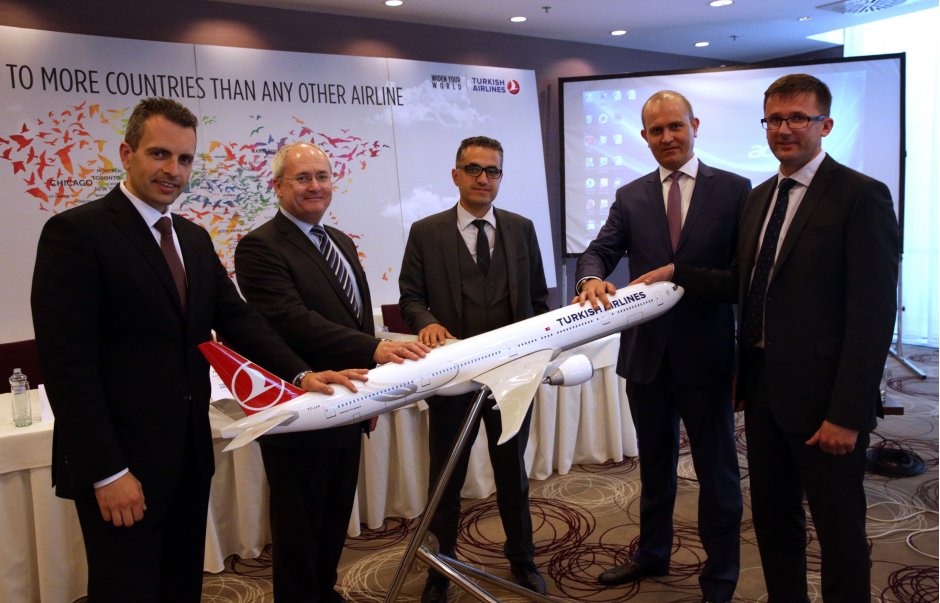 Turkish Airlines and Košice Airport officials and local stakeholders have been discussing this new route for a number of years and the continued growth of the airline’s fleet means it now has the resources available to support its introduction. “We have been working almost four years on this project with Košice Airport,” confirmed Arisoy.  Leading industry consultancy ASM helped with this process and has been acknowledged by Košice Airport officials as "definitely helping" to close the deal.

Alongside supporting demand in and out of Košice this new hub link will also support growth across Eastern Slovakia, including the likes of Prešov, Poprad and Michalovce, but also into north east Hungary, north west Romania, south east Poland and even the Carpathian region of Ukraine.

“We give a particular importance to Košice, considering its strategic, cultural, historical, commercial and touristic significance and thus the passenger potential to enable us to feed our global network. We are glad to take such a big step on the connection of Eastern Slovakia with the world,” said Fatih Cigal, vice president for sales in Central Europe, Turkish Airlines at a press conference announcing the new route this week.

Turkish Airlines now serves more countries across the world than any other carrier as it continues its dramatic rise to become the largest international operator across the globe.  It has grown its capacity by 243.2 percent over the 2006 – 2015 period, an average annual rise of 27.0 percent and is forecasted to grow a further 11.1 percent in 2016, based on published schedules from intelligence provider, OAG.