The arrival of LATAM Airlines at Rafael Núñez International Airport in the Colombian city of Cartagena next year will complete a hat-trick of new key international air links to be introduced from the expanding facility, the country's northern Caribbean region. The resumption of the regular link to Lima, Peru will help link Cartagena to the south and provide connectivity not just into Peru, but also Argentina, Brazil and Chile.

LATAM Airlines is resurrecting the former LAN Peru link from January 2017, initially operating with four weekly frequencies using Airbus A320 equipment.  This marks a significant growth in capacity versus when it was flown under the LAN Airlines guise between April 2009 and June 2011 when there were just two weekly rotations using a smaller A319 airliner. 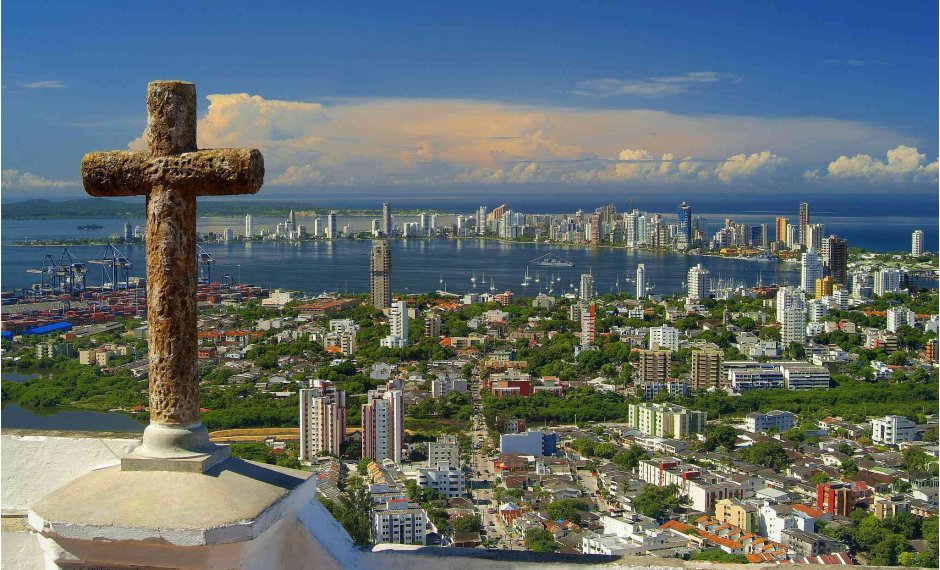 “We are delighted to see LATAM Airlines commit to bring back this key link to Lima that will help support passenger flows in and out of Cartagena from across South America,” said Omar Hashmi, consultant at leading route development consultants, Airport Strategy & Marketing (ASM).

ASM has been working closely with airport operator Sociedad Aeroportuaria de la Costa (SACSA) for a number of years providing strategic advice, business case development and hands-on network development support and providing a joined-up approach to air service development with Cartagena Tourism. It has already played an important role in delivering two other international air services to Cartagena in the past two years – JetBlue Airways from Fort Lauderdale and Delta Air Lines from Atlanta.

JetBlue inaugurated a daily link between Cartagena and Fort Lauderdale in October 2014, supporting the strong community of Colombians now residing in Florida and growing tourism and commerce links.  ASM supported this with a business case preparation and route forecast as well as visits to the airline and representation along SACSA at Routes events.

“ASM has been helping to show the business case for the return of Cartagena – Lima since World Routes in Chicago in 2014 and it is great to see LATAM Airlines recognising the potential the city pair can offer through point-to-point and connecting passenger flows.”

A similar role was played in supporting the arrival of Delta Air Lines three times weekly Atlanta – Cartagena service which launched in December 2015. This was a notable coup for SACSA and ASM as the carrier was the first US legacy airline to serve Cartagena.

“ASM has been helping to show the business case for the return of Cartagena – Lima since World Routes in Chicago in 2014 and it is great to see LATAM Airlines recognising the potential the city pair can offer through point-to-point and connecting passenger flows,” added Hashmi.

“Our three route successes together clearly highlight the rise of Cartagena as a destination for international travellers and we are confident that will help stimulate demand to facilitate further frequency and network growth,” he added.

It has been a long time coming, but Colombia’s improving international image as a safe tourism destination means that its flagship attraction, the UNESCO-protected colonial city of Cartagena, is reaping some real dividends. Colombia has yet to fully realise the tourism possibilities of developing its Caribbean coast, but passenger figures from Cartagena’s Rafael Núñez International Airport, are already showing promising growth signs.

The airport almost hit the three million passenger mark in 2012 after growing by at least 20 per cent annually in the previous four years, and since hosting Routes Americas in February 2013 growth has continued - annual departure capacity has risen 43.4 percent from 1.75 million seats in 2013 to over 2.5 million forecasted for the current calendar year, based on published schedules. Over this period international capacity has increased 55.7 percent, an average annual rate of 18.6 percent and accounts for 13.0 percent of its total seat offering.

Boasting a population of one million, Cartagena was declared a UNESCO World Heritage Centre in 1985 owing to its Spanish-built old walled town, which is still overlooked by the San Felipe Fortress, built to protect gold shipments from pirates.  Architecture is one attraction, but Cartagena is almost surrounded by the warm waters of the Caribbean.  The city’s two wide urban beaches, Bocagrande and Laguito, are lined with high-rise hotels, while the exposed beach at Marbella, 6km from Cartagena, is a favourite with surfers.

The city is currently the second largest destination for international visitors into Colombia with an expanding 13 percent share.  Last year there were around 300,000 international arrivals, a growth of over 15 percent versus the previous year.

Cartagena is just a two and a half hour flight from Miami, and the US is its key target.  The two countries’ tempestuous relationship has meant US airlines have been slow to offer direct flights. Alongside the recent Delta and JetBlue routes, the latter also began a non-stop service from New York JFK in November 2012 (another route that support from ASM helped to deliver) and Spirit Airlines has operated from New York La Guardia via Fort Lauderdale since the late 2000s.

“Our three route successes together clearly highlight the rise of Cartagena as a destination for international travellers and we are confident that will help stimulate demand to facilitate further frequency and network growth.”

“The US is so close that it can be a huge market for us, but because of the safety issues for many years there was a travel warning, even though Cartagena has always been a safe city,” said Maria Claudia Gedeon, corporate affairs manager at SACSA. “Now we are targeting massive growth from the US, particularly from the north-east and west coast.”

But it is not just North America that is on the radar, but also a key scheduled link into Europe. Cartagena has successfully attracted charter flights from Italy with Blue Panorama Airlines at the start of this decade, but it is keen to regain others from Madrid and Barcelona that have been absent for around ten years since AirMadrid ended operations in December 2006.

“We believe firmly that the numbers are there, but at the moment they are going through Bogotá or Panama,” said Ms Gedeon. Spain is viewed as the most favourable market for a direct link because of the attraction of a common language, but other countries’ leisure carriers may also be considering Cartagena, but likely a little further down the selection list.