Expanding the number of international city-pairs to the US, encouraging innovative and affordable air service (such as long-haul, low-cost service), and tapping the potential of new Boeing and Airbus aircraft to better connect America with the rest of the world should be top priorities for the US government and for US airports and communities, says aviation consultant, John Byerly.

“Now more than ever, the United States needs to reject the demands of special interests to curb airline competition, to stymie new business models, and to protect a tiny few at the expense of over 300 million American citizens and consumers,” he told Routesonline in an exclusive interview.

Ahead of the Routes Americas Strategy Summit, sponsored by USTA, Byerly spelt out some of the main concerns for the US aviation market.

The impact of the Trump administration...

“Because aviation issues were not extensively debated in the campaign, we’ll have to await key appointments at the Department of Transportation and other agencies before specific predictions are possible.  That said, Mr. Trump is a businessman with extensive experience in the travel and tourism sector, including ownership of an airline, hotels, resorts, and golf courses.  In tapping Elaine Chao to be Secretary of Transportation he has chosen an individual of exceptional intelligence, an enormous work ethic, and in-depth knowledge of DOT and the Congress.

“I am confident that under President Trump, Secretary Chao, and others in the new Administration, Government policy will recognize the importance to the US economy and American jobs of deregulated domestic and international aviation markets for both passenger and cargo service.

“The United States is in the early stages of coming to grips with the conundrum posed by sweeping airline consolidation over the past decade, the expansion of antitrust-immunized international airline alliances, and concerted efforts by several incumbent airlines to block entry by unaffiliated carriers that offer consumers a new choice.

"Concerns about diminished competition are coming to the fore, as reflected in recent actions by the Department of Transportation in its tentative decisions on the applications by American/Qantas and Delta/Aeromexico for antitrust immunity. Deregulation of the US domestic market and US Open Skies policy were clearly the right decisions — but they won’t function correctly in the future if competition law is not zealously enforced to ensure that consumers and communities come first.”

John Byerly will moderate the Leader's Debate at Routes Americas discussing aviation challenges across the Americas with: 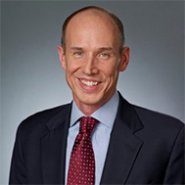 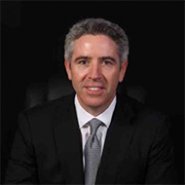 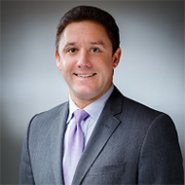 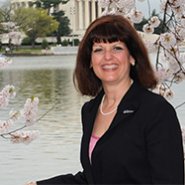 “Since the late 1990s, it has been US policy to seek Open Skies agreements with essentially every country in the world, save the likes of North Korea. I’m proud that America now has 120 Open Skies partners worldwide.

"The reason is simple: Open Skies agreements are pro-competitive, pro-growth, and pro-consumer and get governments out of the business of dictating to airlines, airports, and consumers which routes are flown, which aircraft are used, and which schedules and fares make commercial sense.

“If I had to pick one country where Open Skies would make a huge difference, it would be China, where passenger demand has been bumping up against fixed limits on flight frequencies. Unfortunately, the Chinese have failed to live up to certain provisions in our existing bilateral agreement.

"They also allocate slots at key Chinese airports in a non-transparent manner that makes it difficult for US airlines to have a fair and equal opportunity to compete. If China can address these, I believe the two sides could and should focus on reaching Open Skies.”

“If Prime Minister May is correct that ‘Brexit means Brexit,’ it will indeed be necessary for the United States and United Kingdom to reach agreement on bilateral aviation relations once the UK leaves the EU and ceases to be a party to the 2007 US-EU Open Skies accord.

"Willie Walsh is one of the smartest and gutsiest leaders in aviation, and he’s absolutely right that an Open Skies agreement is the way to go. Any other approach—such as reversion to the atrocious Bermuda 2 agreement or a new accord that falls short of Open Skies—would be a disservice to American and British travelers and shippers in what remains the largest transatlantic market by far.”

Find out more about the State of the Region at Routes Americas with a Keynote Address from Peter Cerda, Regional VP, Americas, IATA

The future for Americas aviation...

“More people throughout the Western Hemisphere want to fly—more frequently and to more destinations. Expanding air service creates a virtuous circle in which more travel and expanded air cargo service fuels economic growth, which in turn empowers more individuals to travel and more small and medium enterprises to participate in the global economy.

"I am hopeful that the United States might tackle the need for fundamental ATC reform under President Trump and Congressman Bill Shuster, Chairman of the House of Representatives Transportation and Infrastructure Committee.”

The Live Content programme at Routes Americas - 25 speakers, 5 talks and 1 Summit, starts with the Strategy Summit on the afternoon of Sunday 14th February. Find out more and register for Routes Americas.