With ongoing instability in Brazil and Venezuela, what does the future hold for aviation in Latin America? What trends can we expect to emerge for North American Airlines? And what are the major infrastructure challenges facing the region? Ahead of his address at Routes Americas 2017, Routesonline spoke to Peter Cerdá, the regional vice president for IATA to hear his views on the major issues affecting the region.

Q: From an infrastructure perspective, what do you hope to see in the Americas over the next five to ten years?

Passenger demand in Latin America and the Caribbean is expected to more than double from 298 million in 2015 to 658 million in 2035. If that demand is met, the number of jobs supported by aviation in the region will grow from 5.4 million to 8.4 million over the same period. And aviation’s contribution to regional GDP will increase from $176 billion to $380 billion.

But operational costs in Latin America and the Caribbean are high and taxes are significant. Regulations are burdensome and often not aligned with global standards. Therefore, we need a strong partnership with governments that focuses on unlocking aviation’s benefits to tackle these issues effectively. On top of that, in Latin America there is a huge opportunity for a government-industry partnership to create value by addressing the region’s many infrastructure deficiencies.

Capacity growth in line with demand: Severe capacity constraints in Bogotá, Lima and Mexico City illustrate the region’s airport capacity crunch. While plans are in place to address these, relief is years away at best. In the meantime, there will be lost opportunities for jobs and economic growth.

Infrastructure privatisation: Harnessing the efficiencies of private enterprise to improve infrastructure needs iron-clad regulation to protect the users from out-of-control monopolies. That’s why we urge governments to award infrastructure concessions with a priority on finding partners aligned with the long-term national interest of realising the benefits of growing connectivity—not the short-term gain of those coming with the highest bid. 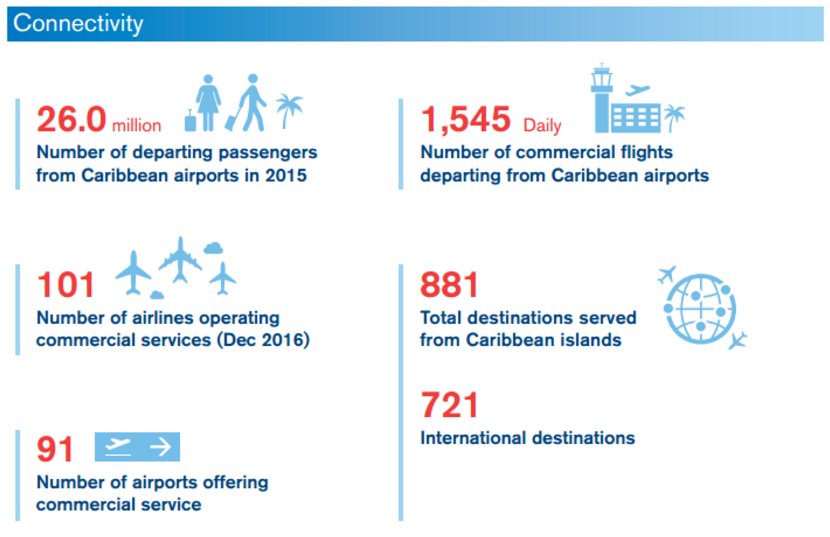 Q: What impact, if any, do you expect the new US administration to have on aviation?

After any presidential election, we are always hopeful to strengthen the relationship with the newly elected government and support their understanding of the benefits that aviation generates, both economically as well as socially. The US is no exception and we look forward to working closely with the Trump administration to address key aviation-related challenges and opportunities, including needed investments in infrastructure, including the modernisation of our airports and air traffic control system.

Q: With IAG CEO Willie Walsh calling for a new US-UK Open Skies agreement, do you believe such a new agreement is necessary?

In general, IATA believes Open Skies agreements have resulted in increased travel and trade, enhancing productivity, and spurring high-quality job opportunities and economic growth around the world. However, as a neutral, global trade association, we do not comment on negotiations or developments amongst individual states or members.

Q: With Brazil’s fortunes in sharp contrast to the rest of Latin America, what do you think the future holds for the region?

Aviation’s contribution to the economies and the social benefits it creates in the region are unquestionable as it supports 5.4 million jobs and contributes $176 billion to GDP. But airlines have faced a harsh environment, with weak home markets and currencies and the overshadowing crisis in Brazil. But we are optimistic that some recovery can be expected in 2017. The region’s geography makes strong air connectivity vital for the flow of goods and the people-to-people ties across the continent.

For many years the region’s airlines looked to the US or Europe for models of effective and efficient operating structures. The Americas region is now home to a strong group of airlines who are competing head-to-head with US, European and Gulf carriers but who are lagging behind in profitability in comparison to their competitors.

Most of the region's countries – with the exception of Panama and Chile - have not created the conditions for air transport to flourish. Onerous regulation which is out of sync with global standards, excessive taxes and charges and fuel policies that are misaligned with global best practices are commonplace across the region. All of this means that doing business for airlines in Latin America is very difficult and often more expensive than other regions.

As I mentioned before, it is urgent governments follow global best practices and look at aviation as the great economic enabler it is and not simply as an easy target for taxes which may raise some money in the short term but prevent aviation from making much larger economic contributions if it were allowed to operate unhindered.

In summary, Latin America has some of the best carriers in the world, many of whom have invested in modern fleets and are looking to expand their reach and satisfy the growing demand for air travel in the region. But in order for them to do so the region’s governments need to adapt global best practices which have allowed aviation to grow and transform local economies in places such as the Gulf states, Singapore, etc. 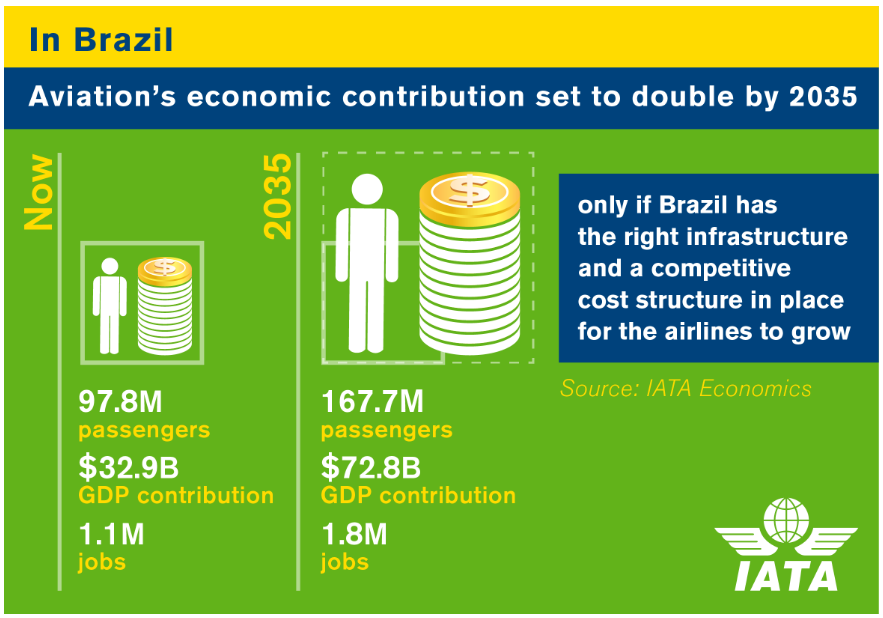 Q: What main trends do you expect to emerge at North American airlines in the coming years?

North American carriers have been able to produce record profits in 2015 and 2016 thanks to capacity discipline, low oil prices and innovating their product offering. We expect a continuation of customer and cabin segmentation to offer the lowest fares possible in the “basic economy” segment to compete with ultra-low-cost carriers.  This in turn can result in new ancillary services and innovative, customised products for the traveller.

IATA is trying to support the industry in this effort through IATA’s New Distribution Capability (NDC) Standard which will enable the travel industry to transform the way air products are retailed to corporations, leisure and business travellers.

Q: What impact do you believe the rise of LCCs will have in Central and South America?

Typically, an increase in competition will result in more choices for the consumer. The list of LCCs in Latin America has grown but is still quite limited. We should ask ourselves why we do not have more LCCs in the region? The reasons will go back to the previously mentioned arguments on the high cost of doing business in Latin America in the areas of user charges and taxes.

Latin America is simply a very expensive market for LCCs to operate in. The lack of airport infrastructure and poor conditions at secondary airports make it even harder for LCCs to start up. However, I am confident that thanks to the large domestic markets in Brazil, Argentina and Peru, we can eventually expect LCCs to start operations, stimulate demand and drive further market consolidation as the “traditional flagship carriers” will be forced to adapt and operate more efficiently at lower costs and offer a superior product. The consumer will be the key beneficiary of these developments.

Q: What threat does the economic situation in Venezuela pose in the region?

Unfortunately, the situation in Venezuela continues to deteriorate. Airline funds blocked from repatriation in Venezuela total $3.8 billion. To provide a bit of background, currency controls implemented in 2003 necessitate government approval to repatriate funds. By 2013, approvals were not keeping pace with the amount of funds requiring repatriation and significant airline revenue accumulated in Venezuela.

The situation became critical in 2015 when only one request to repatriate funds was approved. In 2016 only one request to repatriate funds had been granted which has led airlines to either reduce their service or pull out of the country completely. The economic situation in Venezuela is grave with the Venezuelan people suffering from not having food and medical supplies available. And it will be made worse if airlines cannot maintain connectivity as the blocked-funds issue drags on.

Despite years of effort by IATA and its members to resolve the issue, there has been little action by the Venezuelan government. IATA has now asked the US government to approve anti-trust immunity for discussions among airlines focused on maintaining connectivity while the blocked funds crisis persists. This is an escalation of the industry’s efforts to find a solution to this untenable situation.

The country needs robust air connectivity now more than ever. But carriers have been forced to cut back services in light of blocked-funds issues. That, unfortunately, limits the important role that aviation could play in reviving Venezuela’s economy. The country is slowly isolating itself from the rest of the world as more airlines discontinue service.

Q: Are there any other issues that you think our readership might be interested to hear about?

We would like to encourage your readership to also support and participate in IATA’s regional events known as Aviation Days and Wings of Change Conference. IATA organizes these events to bring together industry experts, senior airline and airport executives, and government authorities to discuss aviation’s largest opportunities and key challenges across a specific market and our dynamic Americas region.  IThis year we are planning to hold an Aviation Day Peru on April 4, 2017 in Lima, a Wings of Change Conference in Miami on May 2-3, 2017 and Aviation Days in Colombia and Brazil in the fall of 2017.

Peter Cerdá will be joined at Routes Americas 2017 by a stellar line-up of speakers including: