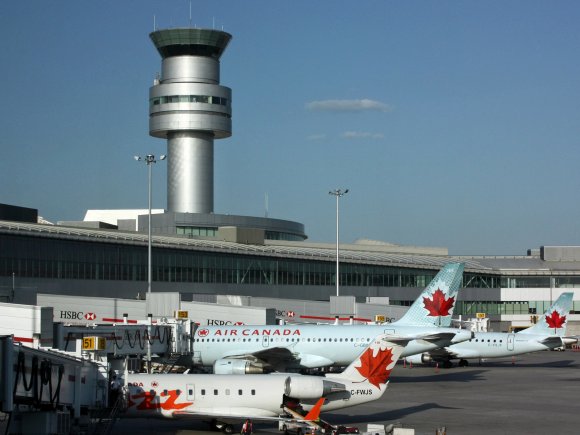 Canada’s 36 million people wallow in nearly four million square miles of land. That’s a little over nine people per square mile, making the country one of the most sparsely populated on earth. It’s these wide-open spaces that make air transport such a vital issue for Canada – for instance, if you are contemplating travelling the 2,700 miles between Toronto and Vancouver. When you add in the huge number of friends and families of Canadians based abroad and a sizeable dollop of international trade too, it’s easy to see why air connectivity – domestic and international – is so vital to the country.

This year is a landmark for Canada, which is celebrating its 150th anniversary. So, in its infancy, air travel was not even on the drawing board; now, travelling to remote communities in the icy north or moving between the picturesque east and west coasts is all but inconceivable without using an aircraft.

On the face of it, there is much to be excited about in the Canadian aviation market. Some 86% of Canada’s international visitors arrive by air, according to Destination Canada. It is no surprise therefore that the tourism marketing organisation has entered a three-year partnership with Air Canada, the country’s dominant airline. Under the agreement, the partners will collaborate on strategic marketing initiatives and events aimed at travel trade, consumer markets and the media.

David Goldstein, Destination Canada’s president and CEO, believes the timing of the deal is perfect, coming right before the country’s anniversary, and following international recognition of Canada as a premier tourism destination by Lonely Planet and National Geographic. The world, he suggests, “needs more Canada”.

Air Canada is doing its best to come good on that idea. It recently added six new destinations to its international network for the summer 2017 schedule. Toronto will benefit from Mumbai and Berlin services, Montreal is adding Algiers and Marseille to its departures board, while the Vancouver network will include Taipei and Nagoya.

“Toronto-Mumbai is our third route between Canada and India, and Nagoya will be our fourth airport in Japan,” says Benjamin Smith, president, passenger airlines at Air Canada. “With these new services, we will now operate 21 routes between Canada and Asia, including the Middle East. Berlin and Marseille will bring the number of European routes we serve to 44 next summer, including four cities in France. Algiers will be our second destination in Africa, which makes Air Canada one of only a small number of global carriers flying to all six inhabited continents.”

WestJet, the other major player in the Canada market, meanwhile serves about 150 destinations in 20 countries. The 20-year-old airline reported an 80% load factor for November 2016, with revenue increases exceeding capacity expansion. It is expecting to take delivery of its first Boeing 737 MAX in the summer and has also established its own offshoot, WestJet Encore, which flies Bombardier Q400s domestically.

Air Canada and WestJet combined control some 85% of the domestic market, although new entrants are aiming to change that dynamic. NewLeaf is an innovative reseller of seats, for example, and has partnered with Flair Airlines to connect smaller Canadian airports.

But one of the major issues with Canadian aviation is how difficult it has been for a start-up to gain a foothold. Bill Franke, co-founder and managing partner of Indigo Partners – which is behind such ultra-low-cost airlines as the US-based Spirit – noted last year that there “is no low-cost or ultra-low-cost airline in Canada, zero, none”.

The problem, he said, was the foreign ownership rule that limits the proportion of an airline being held overseas to just 25%. Given the enormous start-up costs, there simply isn’t the appetite domestically to risk funding the remaining 75%.

That could be about to change. Marc Garneau, the Canadian federal government’s minister of transport, announced late in 2016 that the cap on foreign ownership of Canadian airlines will rise from 25% to 49%. While waiting for that to be implemented, two exemptions to the current rule have been granted to low-cost carriers Canada Jetlines and Enerjet.

But in a blog, Karl E Gustafson, QC at McMillan LLP, questioned how efficacious the new limit would be. The notion that an airline must be “controlled in fact” by Canadians remains. Gustafson also notes that the Canadian Transportation Agency has found that control does not necessarily reside with Canadians even when the voting interests held by non-Canadians are limited to 25%.

“It is difficult to see how the proposed increase in the threshold for voting interest to 49% will have the desired effect of facilitating an increase in investment by foreigners in Canadian airlines,” he said. “Given the broad range of factors that the agency will consider in assessing whether control in fact resides with Canadians as required by the CTA, allowing non-Canadians to hold 49% of the voting interests is not helpful. In fact, the challenge for a Canadian airline to demonstrate “control in fact” by Canadians will be even more daunting if 49% of its voting interests are held by foreigners.”

New problems may at least disguise the fact that age-old issues remain. While NAV CANADA, the country’s air navigation service provider (ANSP), is held up as an example worldwide for other ANSPs to follow, the situation on the ground is dogged by constant complaints about cost.

Taxes and fees for Canadian passengers are among the highest in the world. The US system is about 10 times cheaper in this regard and given that 80% of Canadians live close to the US border, the inevitable happens. A 2013 report ‘One Size Doesn’t Fit All’ by the Senate Committee on Transport and Communications suggests that more than five million Canadians drive over the border to use US airports and access cheaper flights and greater connectivity.

Canada ranks 124th out of 141 countries when it comes to ticket taxes and airport charges, according to the 2015 World Economic Forum Tourism Competitiveness Report. Charlotte Bell, Tourism Industry Association of Canada president and CEO, has commented that “Canada is a world-class destination”, but that “the added cost of fees, taxes and levies added to air often prices Canada out of contention”. Even US low-cost carriers tend to avoid Canada, preferring instead to pick up the influx of Canadian passengers on the US side of the border.

The main cause of high airport fees is the annual lease payment demanded by the federal government following the devolvement of major airports from central control in the mid-1990s. As this is set as a hefty percentage of annual operating revenue, rather than a fixed rate, it always takes a sizeable chunk of an airport’s budget.

The deal is under discussion but given the lukewarm feedback following a recent Canadian Transportation Act review, it seems unlikely that airports will be let off the hook to any significant extent. Airlines are also being hit by the struggling Canadian economy, which is driven by the energy sector. When the oil price goes down, so does the Canadian dollar. And that means that many of the US dollar-based costs go up.

But, Canada shouldn’t be a tough sell. The great outdoors, from Niagara Falls to the Rockies, coupled with vibrant, cosmopolitan cities put it close to the top of any traveller’s bucket list. The incredible variety of influences mean there is always something unexpected around the corner. But it is a country dependent on air travel. Amazingly, the federal government doesn’t seem to treat the industry as it should. And that may just be the biggest surprise that Canada has to offer.