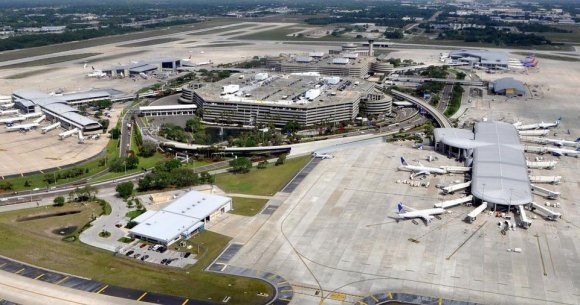 A new president offers potential for change and the US, Florida’s tourist board and some of its airports remain hopeful that Donald Trump will not impinge on their ongoing business of growth.  Here's the view of Kenneth Strickland, director of air service development, Tampa International Airport.

Through strong economic incentives spearheaded by our governor, Florida has successfully diversified its economy to ensure we are no longer as heavily reliant upon tourism. Instead we have seen tremendous population growth driven by corporate investment and relocation – particularly in the Tampa Bay region, which hosts five of Florida’s 16 total Fortune 500 companies. Corporate growth benefits Florida’s aviation market thanks to the ability to balance tourism traffic with an increasing share of local business passengers – particularly to Florida’s top international markets of Canada, the UK and Brazil, which have all experienced recent economic uncertainty. However, the state incentives that drive corporate growth are currently facing legislative challenges in the form of objections from state representatives who fail to understand the return on investment such incentives provide. As such, supporting the funding of our regional economic development organisations is imperative to the future strength and diversification of Florida’s commercial aviation market.

Q) What is the most important thing president Trump can do to help US aviation?

Two Tampa Bay area house representatives were instrumental in drafting the Restoring Local Control of Airports Act of 2016, which would allow US airports to seek passenger facility charge (PFC) rates in excess of the current federal cap of $4.50. As PFCs are inherently user fees, rather than a tax, it is the hope of many airport executives throughout the country that the incoming administration will take up this issue to support airports in having a greater role in sourcing financing for capital development and other necessary facility improvements. Airports are a vital component of the country’s infrastructure, particularly in an increasingly globalised world, and I am optimistic that the incoming administration’s expressed desire to support infrastructure development will bode well for our industry.

Q) What are your key opportunities for route development?

Tampa International Airport has had tremendous success over the previous six years in recruiting international air services, more than doubling the number of international enplaned passengers. However, Tampa Bay still maintains a comparative capacity to population deficit for international seats relative to other Florida markets. Scheduled service to Havana, which began in December, as well as Icelandair’s new service beginning in September 2017, will work to close that gap. Additional opportunities for us include Mexico City and its beyond markets, where Tampa Bay maintains strong business ties, as well as additional European services, including to Manchester and Amsterdam. On the domestic front we’re working to supplement United’s San Francisco service beginning in February with additional western capacity, including connectivity to San Diego, Portland and Salt Lake City and increased capacity into the Los Angeles market.