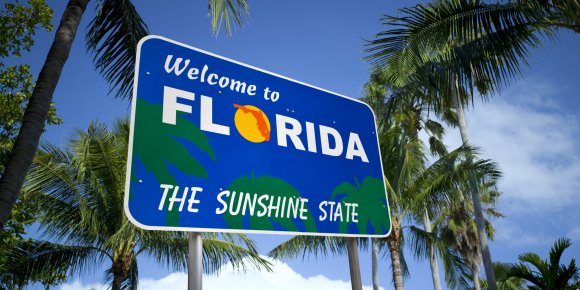 A new president offers potential for change and the US, Florida’s tourist board and some of its airports remain hopeful that Donald Trump will not impinge on their ongoing business of growth.  Here's the view of Alfredo Gonzalez, vice-president of international sales and global development, Visit Florida.

Q) What is the most important thing president Trump can do to help US aviation?

This new president raises a lot of questions for people in the US and we certainly don’t know how a completely non-political person will address the position of president. However, he’s a businessman that has made a lot of money in tourism from both hotels and airlines and he knows the incredible economic opportunity tourism provides to both the US and Florida. We don’t exactly know what he’s planning to do in aviation but given who he is and what he has done in the past, we look forward to him continuing things that are in place like open skies agreements and not compromising them in any way.

Q) Where do the opportunities lie for the development of Florida’s aviation market?

We have a lot of opportunities because we have major airports that are now expanding. Fort Lauderdale-Hollywood International Airport is about to finish its expansion of Terminal 4, which is a major international terminal. They’re also building a brand new terminal at Orlando International Airport (which should be completed in 2019) and it is going to be huge for a market as big as Orlando’s. Emirates started a new daily service in December from Dubai to Fort Lauderdale-Hollywood International Airport and we have got good growth there. The airline is also looking to upgrade to an Airbus A380 for Orlando International Airport, which would be the first one there. We are looking at all the flights from Doha and Dubai and how they can help drive traffic, not just from Qatar and the UAE but from a far wider catchment area, using both of the destinations as golden funnels. That way we can get visitors in from as far afield as Thailand and Australia. Passengers are channelling through to Dubai and Doha to get flights and we are going to make some effort to reach those markets. Orlando Sandford International Airport could also be a big player in the market thanks to its links with airlines such as Aer Lingus.

Q) What is the split between international and domestic travellers coming to Florida and are you happy with it?

In 2016 the proportion of international travellers was 14.3 per cent while the level of domestic travellers was 85.7 per cent. With 106 million visitors in the same period it is a very healthy split. Meanwhile, our Florida airports will have (further) capacity for international services so those percentage points will grow. There were fears that after Brexit the number of visitors from the UK would drop. However, they have not materialised and we already notice that visitors from the UK are still very strong to the US and Florida will remain an attractive destination. Nor are concerns that the strength of the dollar would diminish the number of tourists happening as we continue to add value to our product.

Q) Given the number of new US routes going into Cuba, do you see it as a new competitor?

As far as being a tourism competitor it doesn’t have the infrastructure in place right now for Americans to inundate the market and it is not going to happen for a few years Americans are not prepared for that product although in three to five years that could change dramatically, but right now we’re not concerned about it being a complication or a problem.