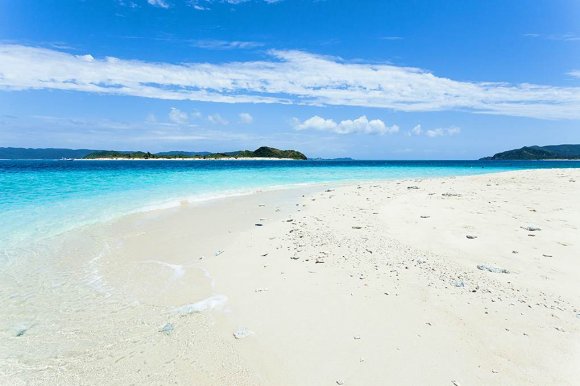 An abundance of UNESCO World Heritage Sites and incredible natural scenery means that tourists are spoilt for choice in Okinawa.

A range of complimentary tours are available for delegates who want to see the best that Okinawa has to offer. 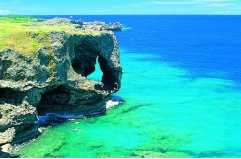 Coral reef, fish and marine creatures can be seen through the glass-bottom of the boat that sails from the Busena Marine Park.

Cape Manza is one of Okinawa’s most beautiful areas with a stunning view of the ocean, cliffs and coral reef.

Okinawa was part of the Ryukyu Kingdom between 1429 and 1879. The kingdom’s political and religious centre was Shuri Castle which was granted UNESCO World Heritage status in 2000.

Delegates will also be shown the traditional Okinawan coral dyeing process and get the chance to create their own cloth art. 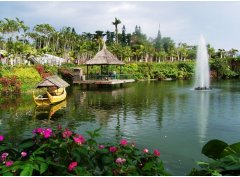 Nakagusuku Castle is one of the best preserved castles in Okinawa, suffering very little damage in World War II. It is one of Okinawa’s many UNESCO World Heritage Sites.

Thousands of trees and shrubs grow in the lush Southeast Botanical Gardens along with rare and exotic plants, animals and flowers.

Zakimi Castle has the most sophisticated and beautiful stone wall and gate of Okinawa’s castles. It was built around 1420 by Gosamaru, a great commander.

A plethora of dances, concerts, parades and re-enacted historical ceremonies are performed at the Ryukyu Village, a theme park dedicated to the traditional culture of the Ryukyu Kingdom. 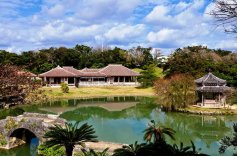 Shikina-en Garden was built in the late 18th Century as the second residence of the Ryukyu kings. The landscaped garden and ponds with their bridges are both Chinese and Japanese in style.

Tsuboya Yachimun Dori district was formed around 300 years ago when all of the ceramicists and potters of Okinawa were gathered into one area. The shops offer a variety of Okinawan pottery.

Okinawa Churaumi Aquarium is home to some of the world’s largest fish, whale sharks and manta rays. There is also a deep-sea zone with luminescent creatures.

Enjoy the amazing beauty of Bios Hill park with its giant ferns, lake, birds, orchids and dense subtropical forest. The park can be explored by boat or foot. 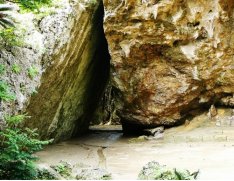 Okinawa World’s main attraction is the Gyokusendo cave which was formed around 300,000 years ago. Visitors also enjoy traditional folk crafts such as glass blowing, pottery and a dance show.

More detailed information about the tours and how to book can be found on the event website.